Space exploration, and Astronomy. Follow us on all social networks. https://bitclout.com/u/Viewzion

LIFTOFF of
NASA's James Webb Space Telescope!
At 7:20am ET (12:20 UTC), the beginning of a new, exciting decade of science climbed to the sky. Webb’s mission to #UnfoldTheUniverse will change our understanding of space as we know it.

On Wednesday, March 4, 2021, after a failed attempt, the SpaceX team successfully launched the Starship SN10 prototype rocket to an altitude of 10 kilometers landed 6 minutes and 20 seconds after liftoff in Boca Chica, Texas. A little later, the SN10 rocket exploded on the landing pad.

After the Landing: An Update about NASA’s Perseverance Mars Rover

Watch an epic journey unfold on Thursday, Feb. 18 as NASA's Perseverance Mars Rover lands. To reach the surface of the Red Planet, the rover has to survive the harrowing final phase known as Entry, Descent, and Landing.

With about 2.4 million miles (3.9 million kilometers) left to travel in space, NASA’s Mars 2020 Perseverance mission is days away from attempting to land the agency’s fifth rover on the Red Planet. Engineers at NASA’s Jet Propulsion Laboratory in Southern California, where the mission is managed, have confirmed that the spacecraft is healthy and on target to touch down in Jezero Crater at around 3:55 p.m. EST (12:55 p.m. PST) on Feb. 18, 2021.

“Perseverance is NASA’s most ambitious Mars rover mission yet, focused scientifically on finding out whether there was ever any life on Mars in the past,” said Thomas Zurbuchen, associate administrator for the Science Mission Directorate at NASA Headquarters in Washington. “To answer this question, the landing team will have its hands full getting us to Jezero Crater – the most challenging Martian terrain ever targeted for a landing.”

Jezero is a basin where scientists believe an ancient river flowed into a lake and deposited sediments in a fan shape known as a delta. Scientists think the environment here was likely to have preserved signs of any life that gained a foothold billions of years ago – but Jezero also has steep cliffs, sand dunes, and boulder fields. Landing on Mars is difficult – only about 50% of all previous Mars landing attempts have succeeded – and these geological features make it even more so. The Perseverance team is building on lessons from previous touchdowns and employing new technologies that enable the spacecraft to target its landing site more accurately and avoid hazards autonomously.

“The Perseverance team is putting the final touches on the complex choreography required to land in Jezero Crater,” said Jennifer Trosper, deputy project manager for the mission at JPL. “No Mars landing is guaranteed, but we have been preparing a decade to put this rover’s wheels down on the surface of Mars and get to work.”

You will get to watch the drama of Perseverance’s entry, descent, and landing (EDL) – the riskiest portion of the rover’s mission that some engineers call the “seven minutes of terror” – live on NASA TV. Commentary starts at 2:15 p.m. EST (11:15 a.m. PST) on Feb. 18. Engineers expect to receive notice of key milestones for landing at the estimated times below. (Because of the distance the signals have to travel from Mars to Earth, these events actually take place on Mars 11 minutes, 22 seconds earlier than what is noted here.)

– Cruise stage separation: The part of the spacecraft that has been flying Perseverance – with NASA’s Ingenuity Mars Helicopter attached to its belly – through space for the last six-and-a-half months will separate from the entry capsule at about 3:38 p.m. EST (12:38 p.m. PST).

– Parachute deployment: The spacecraft will deploy its parachute at supersonic speed at around 3:52 p.m. EST (12:52 p.m. PST). The exact deployment time is based on the new Range Trigger technology, which improves the precision of the spacecraft’s ability to hit a landing target.

– Heatshield separation: The protective bottom of the entry capsule will detach about 20 seconds after the parachute deployment. This allows the rover to use radar to determine how far it is from the ground and employ its Terrain-Relative Navigation technology to find a safe landing site.

– Backshell separation: The back half of the entry capsule that is fastened to the parachute will separate from the rover and its “jetpack” (known as the descent stage) at 3:54 p.m. EST (12:54 p.m. PST). The jetpack will use retrorockets to slow down and fly to the landing site.

– Touchdown: The spacecraft’s descent stage, using the sky crane maneuver, will lower the rover down to the surface on nylon tethers. The rover is expected to touch down on the surface of Mars at human walking speed (about 1.7 mph, or 2.7 kph) at around 3:55 p.m. EST (12:55 p.m. PST).

A variety of factors can affect the precise timing of the milestones listed above, including properties of the Martian atmosphere that are hard to predict until the spacecraft actually flies through.

Mission controllers also may not be able to confirm these milestones at the times listed above because of the complexity of deep-space communications. The flow of detailed engineering data (called telemetry) in near-real-time relies on a new kind of relay capability added this past year to NASA’s Mars Reconnaissance Orbiter (MRO). Engineers expect additional data to return to Earth directly through NASA’s Deep Space Network and two other Earth-based antennas until shortly before touchdown.

It’s important to note that the rover can land safely on Mars without communications with Earth: Perseverance has pre-programmed landing instructions and significant autonomy. Additional communication passes are planned in the hours and days following the landing event.

Once on the surface, one of Perseverance’s first activities will be to take pictures of its new home and transmit them back to Earth. Over the following days, engineers will also check on the health of the rover and deploy the remote sensing mast (otherwise known as its “head”) so it can take more pictures. The Perseverance team will then take more than a month to thoroughly inspect the rover and load new flight software to prepare for its search for ancient life on Mars. During the same period, the Ingenuity Mars Helicopter team will be making sure their small but mighty robot is prepared for the first attempt at controlled, powered aerodynamic flight on another planet.

“The Ingenuity team will be on the edge of our seats with the Perseverance team on landing day,” said MiMi Aung, the Ingenuity project manager at JPL. “We can’t wait until the rover and the helicopter are both safely on the surface of Mars and ready for action.”

More About the Perseverance Mission

A key objective of Perseverance’s mission on Mars is astrobiology, including the search for signs of ancient microbial life. The rover will characterize the planet’s geology and past climate, paving the way for human exploration of the Red Planet, and will be the first mission to collect and cache Martian rock and sediment for later return to Earth.

Subsequent NASA missions, in cooperation with ESA (European Space Agency), would send spacecraft to Mars to collect these sealed samples from the surface and return them to Earth for in-depth analysis.

The Mars 2020 mission is part of a larger NASA initiative that includes missions to the Moon as a way to prepare for human exploration of the Red Planet. NASA will establish a sustained human presence on and around the Moon through NASA’s Artemis lunar exploration plans.

JPL, a division of Caltech in Pasadena, California, manages the Mars 2020 Perseverance mission and the Ingenuity Mars Helicopter technology demonstration for NASA.

The Recipe for Powerful Quasar Jets

Some supermassive black holes launch powerful beams of material, or jets, away from them, while others do not. Astronomers may now have identified why.

In astronomy, the term “corona” is commonly associated with the outer atmosphere of the Sun. Black hole coronas, on the other hand, are regions of diffuse hot gas that lie above and below a much denser disk of material swirling around the gravitational sinkhole. Like the corona around the Sun, black hole coronas are threaded with strong magnetic fields.

“It’s like baking bread where you need a few ingredients to successfully follow the recipe for a loaf,” said co-author Niel Brandt, also of Penn State. “Our results show that one ingredient you can’t do without when ‘making’ powerful quasar jets is a bright corona.”

The team obtained their results by gaining a better understanding of X-ray emission from quasars. Previous studies had shown that quasars without jets show a characteristic link between the strength of their X-ray and ultraviolet emission. This correlation is explained by ultraviolet light from the disk of the black hole striking particles in the corona. The resulting energy boost converts the ultraviolet light to X-rays.

In the new study the team chose to investigate the behavior of quasars that do have jets. They found a correlation between how bright the different quasars are in X-rays and ultraviolet light that is remarkably similar to that found for quasars without jets. They concluded that the X-ray emission in the jet-powering quasars is also produced by a black hole corona.

“The finding that the X-rays in quasars with jets comes from a black hole corona, rather than from the jets, challenges 35 years of thinking about the basic nature of this emission”, said co-author Guang Yang of Texas A&M University in College Station, Texas. “It could provide new insight into the physics of these jets.”

“Both a quasar’s powerful jets and bright corona occurring together may be fundamentally driven by magnetic fields”, said Zhu.

Stronger magnetic fields may result from a thicker disk caused by a higher rate of matter falling into the black hole.

These results are similar to those found for stellar-mass black holes, which weigh less than a hundred times the mass of the Sun, compared to supermassive black holes that weigh millions or billions of times the Sun’s mass. This supports the idea that these two different classes of black hole may be similar in terms of their behavior despite their very different sizes.

The team’s sample consists of 729 quasars with jets. Chandra, XMM-Newton, and ROSAT data were used for 212, 278, and 239 quasars respectively. The size and quality of the team’s sample explain why they were able to uncover the cause of the X-ray emission.

These results were published in the Monthly Notices of the Royal Astronomical Society on June 20th, 2020. The paper is also available online. The other co-authors of the paper are Bin Luo of Nanjing University in China, Jianfeng Wu of Xiamen University in China, and Y.Q. Xue of the University of Science and Technology of China in Hefei, China. 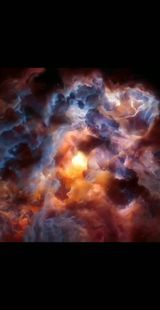 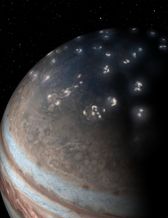 Count Down To Mars

6 NASA Technologies to Get Humans to Mars 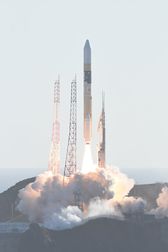 Explore KELT-9 b, one of the hottest planets known.

How We Are Going to the Moon 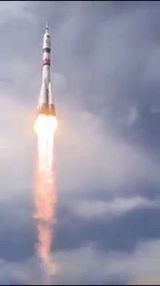 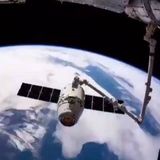