GIBI TV is an online Television � that is aimed at providing information to the general public without discrimination, fear or interest

(The Liberian Senate , Monrovia, February 24, 2022); The Plenary of the Liberian Senate has mandated its Committees on Transport and Labor to Investigate the unwanted prevailing situation that is brewing between the workers comprising nearing 300 persons and the Management of the Roberts International Airport.

The decision of the Liberian Senate was predicated by a communication from Margibi County Senator, Jim W. Tornonlah, informing Plenary that the Management of the Roberts International Airport contracted the Ground Handling Departments of the Airport to a foreign Company Called “National Aviation Services” without properly discussing the future plight of the workers in these departments.

The Margibi County Lawmaker asserted that the management went ahead to finalize the deal without the consent of the workers’ plight, adding “ When the workers got to know that their plight was not prioritized, it brewed tension and Minister Nathaniel Mcgill swiftly intervened and authorized the management to halt the deal until the plight of the affected workers can be addressed”.

Additionally, Senator Tornonlah told Plenary that a decision was reached by the Minister of Labor, Cllr. Charles Gibson that no worker should be terminated until their plight is settled before the Foreign Company takes over.

The Margibi County Senator informed the Senate that the Management of RIA has already started the suspension and termination of employees affected by this take over, something he said needs swift intervention by the Senate.
The Joint Committee is expected to report its findings to Plenary in one week time. 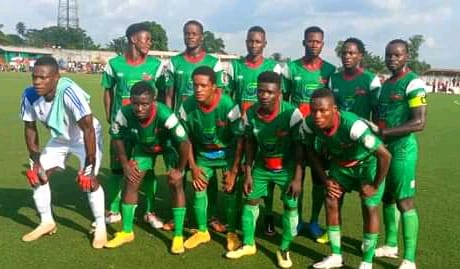 The Executive has submitted the Draft National budget for calendar year January 1 to December 31, 2022, to the National Legislature.

The budget is in the tone of US$785,587,340.00. Finance Minister Samuel Tweah presented the draft fiscal instrument to House Speaker Dr. Bhofal Chambers on Thursday, November 18, 2021 and arguably said is the highest budget envelope ever in the Country.

The submission is in-line with section 65 of the amendment and restatement of the PFM act of 2009, which provides for the change in the fiscal year and for the formulation of a special national budget of six months to pave the way for transition to the new fiscal year, which begins in 2022.

Finance Minister Tweah at the submission of the projected National budget on Thursday said the agriculture sector has been increased by 60.5%; Energy and Development Sector 76.1%; security sector by 9.1%, as well as Health sector by 12.3%.

House Speaker Dr. Bhofal Chambers receiving the budget expressed hope that the draft National budget will serve the best interest of the people.

Speaker Chambers said: “We are thankful for the submission, though coming late, but better late than never. we hope it will serve in the best interest of our people. In consultation with you, we hope to do the best we can, and hope that this agenda centers around radical thinking of the pro-poor agenda for prosperity and development could be enhanced with the collective support of everybody.

According to Speaker Chambers, the Legislature base on constitutional provision of article 34d, will do what is required of that body.

“Having said that, base on our constitution, article 34 d, we will do what is required of us. We will do and shall commit ourselves to doing it. We expect that the Senate in the same way will cooperate or coordinate other activities of the draft budget”.

It’s a great honor that you all have abandoned all of your important activities to honor this event.
Let me pay special recognitions to my own boss Mr. Rodney Sieh of FrontPageAfrica for honoring this invitation.
To my colleagues let me thank you for the confidence bestowed in me to head our beloved LEGISPOOL as your President for the next two years.

Colleagues, we campaigned on the promise of Rebranding our beloved LEGISPOOL. “Rebranding” as mentioned requires a lot of efforts and sacrifices from individual members of LEGISPOOL.

Colleagues, if we are to succeed in Rebranding we must first start with ourselves by setting standards and doing what is ethical as watch dogs of our society. If we are to be the watch dogs we claim to be, we must strive to set standards that will poetry us as professionals.

Colleagues, as journalists covering the Legislature which is considered the first branch of Government, we must work to inform the Public about happenings at the Legislature in a professional manner without fear or favor. We must report the truth and nothing but the truth.

We can achieved this by first recognizing that we are members of the fourth estate and by that I mean we must first respect ourselves to demand respect. Under this leadership we will expect every members to comport themselves in the manner required. It is not going to be business as usual.

We request members of the Legislature to complain to our leadership about harassment and intimidation as we will not relent on naming and shaming those involved.

Any member who will used journalism to intimidate or harassed lawmakers for the purpose of extorting money will not get our support. Journalism is not for money making. “go do business if you want to get rich.”

As we speak to our colleagues to remain professional let me also sound this caveat to officials of government including lawmakers, “journalists are not your punching bags.” Trust me this leadership will not also relent on naming and shaming lawmakers who will used their powers or positions to intimidate journalists.

This administration is open to working with this Legislature in the interest of our beloved Country. We members of LEGISPOOL are willing to propagate a positive image of the Legislature once the positive things are done.

Hon. Speaker, Hon. Deputy Speaker, Hon. Protemp, and members of the Legislature, let me in this public manner commend your office for the level of collaborating we have received from your offices since our elections.

We intend to continue this relationship on the basis of mutual respect and collaboration in our separate roles (politicians and Journalists). We respect your roles as the politicians while we expect that you do the same to us as we exercise our roles as Journalists “the watch dogs of the society.”

We promised maintain our friendship and or relationship with you lawmakers while maintaining our independence as journalists.

To conclude, let me thank you Honorable Speaker, Honorable Deputy Speaker, Honorable Protemp or their respective proxy and all members of the Legislature especially those I have professional relationship with over the past years.
Though it has been sour at some point on the basis of my role as a journalists, I want to Say it hasn’t been personal and will never be. Thanks for understanding that I am the journalist that I am and you are the Politicians.

To my Colleagues journalists in and out of the Legislature, I say thanks.
Special thanks to all committee members who worked hard in ensuring that this program is a success.

US Ambassador to Liberia Michael McCarthy urges Liberia to take concrete steps in combating corruption amid it's failure to pass MCC Scorecard.

United States Ambassador to Liberia, Michael McCarthy has called on the Liberian Government to step up its effort to strengthen areas of governance, especially the fight against corruption, as identified in the Millennium Challenge Corporation (MCC) scorecard.

The Liberian Government’s hope of securing a second compact from the MCC has been dealt huge blow after the country, for the fourth year in a row, failed its Scorecard.

Like last year, the country only passed nine of the twenty indicators, as released by the MCC in its Fiscal Year 2022 report on Tuesday.

While the nine indicators it passed include political rights, civil liberties, freedom of information, gender in the economy, land rights and ccess, Health expenditures, Access to Credit, Business Start-Up and Control of Corruption.

Speaking in his monthly press roundtable on Wednesday at the U.S. Embassy in Monrovia, Ambassador McCarthy commended Liberia for scoring well in some of the indicators that other countries struggled to pass, including political rights, civil liberties, and freedom of information.

However, Ambassador McCarthy urged the country to redouble its efforts in strengthening area of governance identified in the scorecard to stand a better chance to be awarded a second MCC Compact.

“We urge Liberia to redouble its efforts to strengthen areas of governance identified in the scorecard, with particular focus on taking concrete steps to combat corruption sustainably increasing the overall number of indicators passed,” he said.

He said, at the Weah administration’s urging, the Legislature has passed some ‘excellent’ legislation devolving power out to the counties, and down to the municipal level. Actual Level implementation of that new funding approach would go a long to increasing transparency and responsiveness in government funding.

He added: “Not only would concrete gains in combatting corruption greatly improve Liberia’s chance of being awarded a second chance MCC Compact, it would be low-hanging fruit for demonstrated progress towards pledged goals in this year’s Summit for Democracy.”

Liberia and the MCC

Compacts are large, 5-year grants for countries that pass MCC’s eligibility criteria; while

threshold programs are smaller grants awarded to countries that come close to passing these criteria and are committed to improving their policy performance.

Liberia began benefiting from the MCC in July 2010, with the launched of a three-year, US$15 million threshold grant, which ended in December 2013. Then in January 2016, the MCC and Liberia launched a five-year, US$257 million compact aimed at encouraging economic growth and reducing poverty in Liberia by addressing the inadequate access to reliable and affordable electricity in the country and poor quality of road infrastructure. Bulk of the money was spent towards resuscitating the Mt. Coffee Hydro power Plant. The compact was completed in January of this year.

Since its completion, the Government of Liberia has been opting to secure a second compact. While this latest MCC report may be viewed as a setback in the country’s quest to re-enlist, Ambassador McCarthy said all is not lost.

He said the scorecard is not an indicator of failure. It helps countries understand which governance areas need attention in order to qualify for a compact.

He clarified that compact and the threshold are not loans to the Government of Liberia that Liberia n taxpayers must pay back in the future; nothing “These are grants freely provided by American taxpayers to the people of Liberia.”

Making further clarity, he said the scorecard is not a commentary on the U.S. – Liberia relationship, but an independently calculated, technical set of scores that measures 20 indicators of governance. He mentioned that the scorecard is not political decision made by politicians. Rather, it is a composite measurement of performance with no political influence.

He added: “The scorecard is not a reflection of this Embassy’s opinion. We have nor role in the development of the scorecard. The MCC does not call us to ask us what we think Liberia’s score should be on any of these indicators. We find out about the scorecard the same way everyone does – after the MCC Finalizes them. We have no influence beforehand and no appear after the fact.”

Be the first to know and let us send you an email when GIBI TV posts news and promotions. Your email address will not be used for any other purpose, and you can unsubscribe at any time.

Send a message to GIBI TV: 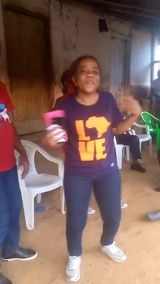 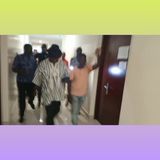 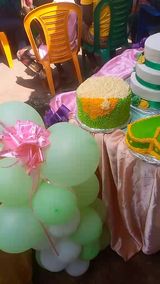 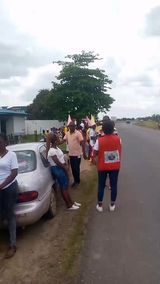 Other TV Channels in Kakata