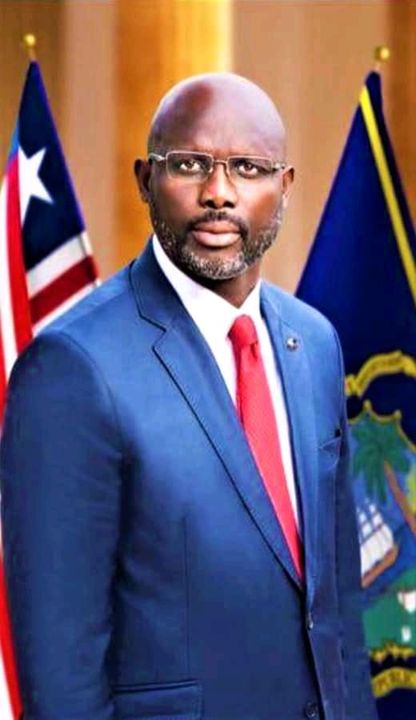 “He is also an Aviation Maintenance Technician in Airframe and Powerplant.

“Mr. Karnley, comes to the portfolio with a rich background in the field of Aviation and is a Master Degree Candidate in Aviation Management from the Aviation Institute of Maintenance in Philadelphia.

“He also holds a Bachelor of Science Degree from Cuttington University, Bachelor of Arts in Theology from Southern Adventist University in the US.

“His appointment is subject to confirmation by the Honorable Liberian Senate where applicable.”

Today at the invincible sports park
👀😹😹

(TGIF) Thank God it's Friday‼️ After a long week of work and schooling, you deserve to be served 🍽 like a king 🤴 and queen 👸. Visit us and please your taste buds, you won't regret 😘.

How so beautiful their color amazing😍😘

Amazing 🤩 weekend pics
From the king 🤴

Welleh, my attention has been drawn to you as a BEST FRIEND to the late princess Cooper

When this girl died, nobody accused you, in fact we were all sympathizing with you too as with the bereaved family because you two were very close

You firstly made your page private, had inconsistent interviews- one on the scene ( something I could somehow understand that you probably were confused upon hearing the news) but as for the interview you had at the police station Welleh, you didn’t sound like a friend, you didn’t sound like a BEST FRIEND who would do anything to get justice for princess- Your posture didn’t even have remorse

Your whole interview was like - let me just tell your who princess was, the one your shouting all over here for- that’s how your interview at the police station was to me.

Nobody has accused you but all I see is that you’re defending yourself instead of seeking justice and even if now people are accusing you, it’s because they have read about Judas Iscariot, Brutus and most especially how you have been handling this.

Come to think of it, even the celebrities that we have no direct relationship with, when they die, the entire world mourn and that’s because death is never welcomed even if we are prepared for it- what more of an untimely mysterious death like princess your BEST FRIEND??? A young woman with her own dreams and aspirations 😭😭😭😭😭

You have not met our expectations and it is troubling I must admit.

You need to stand up for your BEST FRIEND Welleh, you need to spearhead this call for justice

Note: My hay na fit in anybaly mouth oooo
So jeh know how you coming under here

Wow! We are getting there gradually. Thanks to the government for such transformations in Liberia
🤩🤩🤩🤩🤩🤩🤩 “Leave your comments on these news snippets for Thursday, April 21, 2022 presentation of News Net at 6 a.m. and we will read them on OK FM 99.5 MHz/www.okfm.com.

“The Geanplay town citizens had accused 25 year old Franklin Geamie of being a criminal, who entered their town to steal animals.

“Following the death news of Franklin Geamie, aggrieved citizens of Karnplay Town, which is few miles away from Geanplay were the incident took place, move into Geanplay and allegedly set ablaze several houses and destroyed other properties.

“2….Measles outbreak affects 14 of Liberia’s 15 counties as health authorities report deaths in the wake of the epidemic

“Liberia’s health ministry has confirmed an outbreak of measles, affecting 14 of the 15 counties in the country.


“Chief Medical Officer, Francis Kateh, said there were reports of deaths in the wake of the outbreak, but he was not sure if they were all
measles-related.


“Dr. Kateh told the OK Morning Rush that the outbreak was a result of low immunization rates.

“3….. Grand Bassa Superintendent Janjay Baikpeh threatens legal action against the janitor of Buchanan’s Government Hospital for being allegedly connected to a recent fire disaster which burned portion of the county’s only referral hospital

“Superintendent Baikpeh alleged that the cause of the recent fire incident at the Government hospital in the port city of Buchanan began after the janitor lighted a fire which spread over the premises of the hospital.

“He termed the alleged act of the Janitor which led to the burning of the hospital as a complete blunder.

“The Grand Bassa County Detachment of the Liberia National Police is currently investigating the janitor to find out the cause of the fire.”

Great performance by Bukayo Saka 🔥🤩 tonight. They showed a spirit of formidable resilience and togetherness. If they keep up like this nothing can stop then from qualifying the UCL next season🥶😝

The Dream of every Ladies,,🤩🤩

Check the link to download her new EP
👇
https://audiomack.com/bhmofficial/album/moneyep

Be the first to know and let us send you an email when Shoppers Gossip posts news and promotions. Your email address will not be used for any other purpose, and you can unsubscribe at any time. 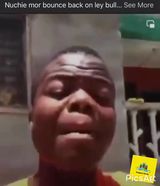 Other News & Media Websites in Monrovia

Freestyle 🔥Tittle: Who Know You 🤪👁️

Just give me one more year, i will be the greatest hippco rapper ever. I'm the best in my city🌃

Other News & Media Websites in Monrovia (show all)