We are Liberia's first tech blog , we showcase founders, startups, creatives, and innovations out of

Here are five ( 5 ) quick facts about the International Day of Girls in ICT:

The International Day of Girls in ICT was founded on April 8, 2011.

It is celebrated every fourth Thursday of April.

The day came into being after the International Telecommunication Union (ITU), adoption of Resolution 70 at its Plenipotentiary Conference in Guadalajara, Mexico in 2010.

Twitter Inc. has officially accepted Elon Musk's bid to take over the company for a sum of $44 billion dollars, which would give control over the social-media network to the World Richest Billionaire, where he is also among its most influential users.

In celebration of this remarkable achievement he shared a tweet that read " Free Speech is the bedrock of a functioning democracy and Twitter is the digital town square where matters vital to the future of humanity are debated.
I also want to make Twitter better then ever by enhancing the product with new features, Making the algorithm open source to increase trust, defeating the spam bots and authenticating all humans.
Twitter has tremendous potential - I look forward to working with the company and the community of users to unlock it."

As we experience the evolution of technology in Liberia; from the increasing growth of Mobile Money, eCommerce, Social Media, and other tech-related services.

Our goal at Techxy is to tell the stories of tech in Liberia, if you are interested in this goal make sure to apply and join our team.

These are the list of the most recent news-making headlines in the Liberian tech sector :

Luther Jeke of iCampus Liberia joined others at the Orange Digital center in Tunis on March 26, 2022, to learn cutting-edge skills that will be shared with the next generation of Liberian innovators through the Orange Digital Center in Sinkor.

Orange Liberia launched the application for its 2022 Orange Social Venture price which aims to award the best innovative and socially responsible business project in Africa and the Middle East.

Topdraw IT is an IT Services Company founded by Mr. Abdoul Conde to build technology products that support people, systems, and society competitively and affordably.

After graduating from the African Methodist Episcopal Univesity, Mr. Conde fled Liberia and traveled to Thailand due to the civil unrest at the time. Being zealous with his ambition to achieve greatness, he acquired his Master’s Degree in Business Administration from Bangkok-based Siam University.

We will like to congratulate Liberian Tech Entrepreneur Charles G. Kpan of CYGEC It Solutions for graduating from the BlueCrest University College Liberia with honor and distinction. Since the launch of Mobile Money in Liberia, it's the first time in history that Lonestar Cell Mtn subscribers will be allowed to exchange US dollars for Liberian dollars.

This comes in the wake of constant constrain for MTN users to withdraw funds from their USD account due to the company's limited USD agent kiosk, Many customers have been turned down by a lot of MTN Agents on the basis that they don't deal with USD.

Join us as we recognize the birth anniversary of our first President Joseph Jenkins Robert.

Sweatcoin is an app that rewards you for outdoor physical activity especially walking.

It is an app for iPhone and Android that tracks the outdoor steps you make throughout the day and pays you, you can redeem your price for rewards in the Marketplace, donate, or even bid for items.

Sweatcoin is the only of its kind; no other fitness app can reward physical exercise with free gifts! My Waitlist is a female lead startup that eliminates the inconvenience of queuing by allowing businesses to move thier waiting rooms online through its web-based platform.

My Waitlist CEO Hartina Cleon said during the Launched event that the startup goal is to allow businesses to efficiently and easily manage thier queue thus avoiding crowdedness.

Tech companies have responded to the crisis in Ukraine in several ways, including cracking down on misinformation. For instance, they have gone as far as reducing the online presence of Russian state-owned media outlets like RT News and Sputnik News.

Both Twitter and Google blocked ad revenue to Russian-backed state media outlets. Additionally, Google has increased security measures for Ukrainian users and websites through the build-out of its Project Shield campaign. Additionally, Apple and Microsoft both pressed pause on new product sales in Russia, and Oracle and SAP have suspended operations.

“Like the rest of the world, we are horrified, angered, and saddened by the images and news coming from the war in Ukraine and condemn this unjustified, unprovoked and unlawful invasion by Russia,” said Brad Smith,
Microsoft president, and vice-chair, in a recent statement.

On this International Women's Day, We are spotlighting Aissata Bellé a Liberian that is using her talent and experience doing filmmaking in the US to empower other young Liberians through her Non-profit "Society of Unity". She is also an advocate for social change and has recently helped 20 Liberian Students in Ukraine to get support and travel to neighboring European countries.

Based in the US and Liberia, The Society of Unity is bringing change in local communities by using technology to capture and bring awareness with visual activism.
The institution Clara Town branch known as Creative world Art Space currently has 120 students that are being taught Filmmaking and Journalism.

For many years, a lot of Liberians have envisioned advancing their career in technology but they are always caught with the shocking costs of taking on a career in tech within Liberia.
The are many students that drop out of tech institutions regularly on the basis of not being able to afford the college cost since a lot of families have low incomes

Liberia’s internet penetration rate stood at 22.0 percent of the total population at the start of 2022.
Kepios analysis indicates that internet users in Liberia increased by 27 thousand (+2.4 percent) between 2021 and 2022.

The internet can be use for a lot of propose ranging from the bad to good but this Liberian by the name of Joe decided to make the motherland proud by doing good.

TipMe Liberia and BnB Liberia new partnership promise to change the face of remittance business in Liberia, with the integration of Tipme into the BnB Mobile Cash App, that now enables a swift, safe, and convenient collection of cash from MoneyGram, Ria, Western Union, World Remit, and other remittance products into a Tipme customer account.

This means that Tipme’s existing and prospective customers, can now receive money directly from their BnB Cash App and transfer it immediately into their Tipme account, in just a few minutes.

Read the full story at https://techxy.blog/2022/02/17/tipme-launch-partnership-with-bnb-to-ease-remittance/

Julateh Mulbah is a practicing Data Scientist. She began her career as a program officer at Mercy Corps Liberia Light up Liberia program. During her time at Mercy Corps, she worked with vocational institutions in Liberia, where she helped with the development of the first Solar Energy curriculum in Liberia.

February 11 is the International Day of Women and Girls in Science. This U.N.-designated day aims to accelerate gender equity and improve access to and participation in science for women and girls.
While the last few decades have produced many efforts to inspire women and girls to engage in science, a gender gap remains.

Women represent only 33% of researchers. They receive smaller research grants than their male colleagues. They tend to have shorter, less well-paid careers, and are less likely to have their work published in high-profile scientific journals.

We feel safe and protected because we have our armed forces who are always on duty. Let’s show our support for all their hard work.
Happy 65th Armed Forces Flag Day Liberia ! The website allows you to read all our stories about Liberian innovators and the growth of tech startups in Liberia.

Shares of Facebook parent Meta closed down more than 26% Thursday after the company forecasted weaker-than-expected revenue growth in the next quarter. It also said it’s taking a big hit from Apple’s privacy changes, and showed the first quarterly decline in daily active users on record. Last year Apple brought in its App Tracking Transparency policy. It lets people choose whether or not they want to be tracked around the internet by companies, like Meta, who can then sell that information to advertisers. That is a major problem for Facebook, because finding information out about you and selling it to advertisers is exactly how it makes money.
The stock finished with its biggest one-day drop ever, ahead of the 19% plummet it saw in July 2018. Thursday’s drop shaved more than $230 billion from its market cap, bringing it to about $660 billion.
The slump in stock price has sent Mark Zuckerberg’s personal wealth tumbling by nearly $30bn. Even after that drop, Mr Zuckerberg has an estimated net worth of almost $90bn, which means he is still one of the richest people in the world.
Facebook’s earnings and user numbers for the fourth quarter fell short of expectations, and its quarterly revenue guidance range came in below consensus as well. Facebook is now seen by many in Silicon Valley as a poisonous brand. It's certainly not a cool place to work in the same way it was say ten years ago.
That makes attracting talents more difficult.
Meta has some serious problems going forward. This milestone could be just the beginning.

Be the first to know and let us send you an email when Techxy posts news and promotions. Your email address will not be used for any other purpose, and you can unsubscribe at any time.

Send a message to Techxy: 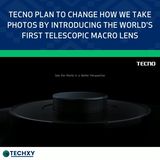