Report About Happenings In Liberia and The World Through Credible, Fact Factual And Balance.

Former Senatorial Candidate for Montserrado County Sheikh Al Moustapha Kouyateh is calling on President George Weah to retrieve all Diplomatic Passports in circulation for the purpose of not continuing to land in the hands of unscrupulous individuals.

Mr. Kouyateh said it is clear that since the inception of the CDC led government headed by Footballing President, the issue of the holders of Diplomatic passports continues to undermine the good image of the Country.

According to him the recent GAC report is a clear manifestation that the George Weah led Government lacks the ability to lead the Liberian people for the next 6 years.

Meanwhile, the former senatorial candidate for Montserrado County has called on the International community to sanction President George Weah and his officials of Government that are involve in corruption.

He made the statement over the weekend at his office in Monrovia.

DAL To Organize Opposition Alliance
May 22, 2022

The opposition Democratic Alliance of Liberia (DAL) political party says all are set to announce to Liberia and the World an opposition alliance for saving and promoting democracy, peace and good governance in Liberia.

According to the party's Press Statement, the declaration of intent is a means to reenergize the opposition community follows couples of months consultations and negotiation that have been induced by the disintegration of the Collaborating Political Parties-CPP .

The Democratic Alliance of Liberia comprises of progressive grassroots political parties, organization from different backgrounds to work together on a common plan in the interest of all Liberians.

The program is expected to be held at the party's National headquarters on Old Road in Monrovia on May 25.

US President Joe Biden says on the International Day Against Homophobia, Transphobia and Biphobia, his government stand in support and solidarity with le***an, gay, bis*xual, transgender, q***r, and inters*x people in the United States and around the world.

President Biden said his government join Americans across the country to reaffirm their commitments to the ongoing work of upholding human dignity for all people and advancing equality globally.

Homophobia encompasses a range of negative attitudes and feelings toward homos*xuality or people who are identified or perceived as being le***an, gay, bis*xual or transgender (LGBT).

Homophobia is observable in critical and hostile behavior such as discrimination and violence on the basis of s*xual orientations that are non-heteros*xual.

Across the world, over 2 billion people live in countries where homos*xuality is illegal, while death penalty is retained as a legal punishment for consensual same s*x relationships in 11 jurisdictions.

Freetown, Sierra Leone: The Government of Sierra Leone through the Ministries of Agriculture and Health and Sanitation have confirmed an outbreak of anthrax disease among animals in the Noth-Western region of the Country.

According to a press release issued on Monday, May 16, 2022 in Freetown, the government is evaluating options to institute restrictions on the production, processing and marketing of livestock and it's products mainly cattle, sheep and goats.

Anthrax is a serious infectious disease that commonly affects farms, domestic and wild animals. Anthrax can cause severe illness in both humans and animals.

The Sierra Leonean government further advised her citizenry to report any case to the authority as to quickly curtain the spread in the Country.

May 16 presentation of CAPITOL NEWS @1pm anchored by Figo Mansaray

It appears that he couldn't retains the consistent political pressure and humiliation against the CDC-led government.

The firing and tough talking lawmaker Hon. Yekeh Y. Kolubah is about to join the ruling Coalition for Democratic Change (CDC) political Party.

The US Government has strongly condemned the killing of American journalist Shireen Abu Akleh in the West Bank.

The US Government is requesting an immediate investigation to be launched and those responsible must be held accountable.

Shireen Abu Akleh, 51, was a respected and familiar face in the Middle East, known for her coverage of the harsh realities of Israel's military occupation for the past three decades.

According to the U.S State Department Facebook post, described the death of late Shireen as an affront to media freedom across the globe.

Veteran Al Jazeera journalist Shireen Abu Akleh was shot and killed while covering an Israeli military raid in the occupied West Bank town of Jenin early Wednesday. The broadcaster and a reporter who was wounded in the incident blamed Israeli forces.

The Israel army initially raised the possibility that Abu Akleh might have killed by stray Palestinian fire, saying militants were also present in the area, However, army chief Lt. Gen. Aviv Kochavi later stepped back from that assertion, saying that "at this stage, we cannot determine by whose fire she was harmed and we regret her death.”

Abu Akleh, 51, was a respected and familiar face in the Middle East, known for her coverage of the harsh realities of Israel's military occupation for the past three decades. Her death reverberated across the region and alighted social media. She reported Al Jazeera's Arabic language channel and was also a U.S. citizen.

She was fatally shot in the head early Wednesday on the outskirts of the Jenin refugee camp in the northern West Bank. Her producer, Palestinian journalist Ali Samoudi, was hospitalized in stable condition after being shot in the back.

Presidential hopeful for 2023 legislative and Presidential elections Cllr. Tiawon Gongloe says the main obstacle to development in Liberia is bad governance that centralized by high level of corruption.

Cllr. Gongloe said public offices have been used for stealing instead of a place to serve.

It can be recalled recently that Cllr. Gongloe were seeing at the Temple of Justice symbolically sweeping corruption.

The Former Liberia National Bar Association President promised if elected as President to protect the integrity and independence of the judiciary, noting that no Country can make progress without rule of law.

He added that during his administration as President of Liberia, he will exhibit the positive administrative leadership of Sierra Leone's President Maada Bio.

He made the statement Tuesday when he appeared as Guest on Hard Facts on Capitol FM in Monrovia.

The Executive Director and Founder of Think Africa Foundation, Emmanuel P Cooper who went missing few days ago has been seen lifeless.

Emmanuel is a resident of Police Academy Community and one of the lead advocates in demanding justice for late Princess Cooper.

Detail in our subsequent publication.....

Former Vice President and Standard Bearer of the opposition Unity Party Joseph Nyuma Boakai has finally honored a Subpoena from the Monrovia City Court by making an appearance on Monday, May 2, 2022 to answer questions regarding the controversial Collaborating Political Parties-CPP Framework.

A Subpoena is “A writ commanding a person designated in it to appear in court under a penalty for failure to appear."

Upon his appearance at the Court, Ambassador Boakai did not take the witness stand due the prosecution’s request for the subpoena of the actual CPP Framework from National Elections Commission (NEC).

It can be recalled that Musa Bility faction of Liberty Party and ANC petition the NEC to denied Unity Party not to field candidate in the Lofa County Senatorial by-election as stipulated in the CPP framework document.

The witness stand appearance of Ambassador Boakai has been rescheduled for Wednesday, 4th May, 2022.

Monrovia, Liberia - The President of Liberia, His Excellency George Manneh Weah, has declared public holiday for Muslim employees across Liberia.

According to an Executive Mansion-Liberia President Weah congratulate and thank all Muslims for their moral, spiritual endurance and devotion for the many prayers offered for Country.

Early last month Liberians of the Islamic Faith embarked upon the annual observance of the Holy Month of Ramadan, which is one of the five pillars of Islam that is required of all healthy Muslims.

Today as my Liberian Muslim brothers and sisters climax the end of Ramadan 2022, I congratulate and thank all of them for their moral and spiritual endurance and devotion and for the many prayers offered for our Country.

"I urged them to pray for the peace and development of Liberia. I hope that their month-long prayers and supplications will grant us those blessings they asked of Allah for our Nation and the People of Liberia".

The National Chief Imam of Liberia Sheikh Ali Krayee has officially declared Monday, May 2, 2022 as Eid-Al-Fitri.

According to his Facebook post, Sheikh Krayee said " May Allah accept our worship, answer our du'aa and transform our lives positively".

Eid-al-Fitri feast is a celebration observe by Muslims at the end of the Holy Month of Ramadan.

The Sierra Leone Government has declared Monday, 2nd May, 2022 as a Public Holiday in observance of the Feast of Eid-Ul-Fitri and International Labour Day.

Eid-ul-Fitri feast is a celebration observe by Muslims at the end of the Holy Month of Ramadan.

At the same time, International Labour Day is a celebration of labourers and the working classes that is promoted by the international labour movement and occurs every year on May 1.

The date was chosen in 1889 for political reasons by the Marxist International Socialist Congress, which met in Paris and established the Second International as a successor to the earlier International Workingmen's Association.

Be the first to know and let us send you an email when Journalist Figo Mansaray Sr posts news and promotions. Your email address will not be used for any other purpose, and you can unsubscribe at any time.

May 16 presentation of CAPITOL NEWS @1pm anchored by Figo Mansaray 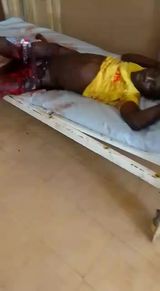 In Sierra Leone, riot between the motorbike riders and the police 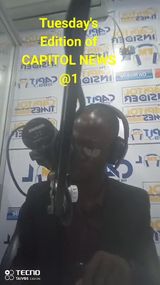 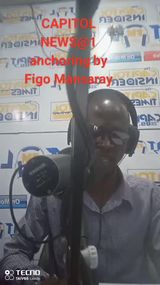 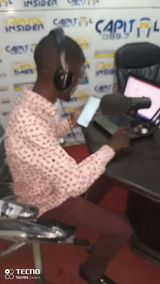 Other Magazines in Monrovia