Starting from Monday we will bring you news from the campus.

Happy Happy Birthday to you sir may God bless be upon you.

And 1 invalid vote came from the 12-1 Science Class.

The election commission of the Wein town public school.

The total number of paper that was printed was 145 in the precent of 69%.
The Election Commission chairman Mr. Joseph Karge and President of the Wein town public school Alumni Association.

The were Two Parties that was contesting for the Presidential Office were The Students Unification Party (SUP) for short and The Students Democratic party (SDP) for short.

Vote for your Choice.

Oh! Election is everyone Business!!!!.
From the Wein town public school press club.

Was on Wednesday morning December 22, 2021 in Congo Town, Monrovia.

According to a family source, Mr.Sirleaf had been ailed over the past few days.

The death of Mr. Sirleaf brings to three the number of death involving sons of former president of Liberia.

James Sirleaf was not known in Liberia politics.

The news about his death came as a surprise to the Liberian people after he was pronounced to be Ellen Johnson Sirleaf, Son.

The resignater of the Wein town public school Bro Et'too calling all senior of the school for his/her Neck Tal.

The call was given by the principal to Etoo to their all his Students who did their resignation in the office of the resignater.

The people republic of China, World Food Program through the Ministry of Education have distribute some one hundred bags of rice to the Wein town public school.

The People Republic of China (PRC) and the World Food Program (WFP) in Collobration with the Ministry of Education.

The Wein town public school have received a amount of one hundred bags of Rice.

The Administration Staff of the Wein town public school have received a one hundred bags of rice, it reminds Four hundred and thirty nine bags remains.

The distribution of rice only for the Students of the Wein town public school only from 1 grade to 6 grade allow to receive this rice.

From 7 grade upward is not allow to receive this rice. 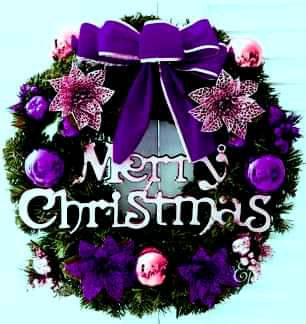 WEIN TOWN PUBLIC SCHOOL PRESS CLUB WANT TO SAID MERRY CHRISTMAS AND A HAPPY NEW YEAR TO ALL THEIR FOLLOWERS.

CHRISTMAS WAS THE DAY SET ASIDE TO BE KNEW AS OUR MASTER DAY JESUS CHRIST, IT WAS NOT THE DAY HE WAS BORN.

JESUS CHRIST WAS BORN ON DECEMBER NOT ON THE 25.

The Old Student of the Wein town public school have beaten the New Student in the Quizzing Game.

The old Student have beaten the New Student with the socce of 200.

And the New Student have a socce of 60.

The matching is 140 exist the New Student.

In the Alumni and Teacher Game, The Teacher have beaten the Alumni by soccing a goal of 3.

In the Kickball game between the Old Student and New Student girls.

Drinking alcohol is not a Crime But R**e is a Crime.

Control your sexual emotion when you see girl or woman nake infornt of you.

She was r**e in a prison with 25 solider during that time.

She born her first son Robert Sirleaf in a prison.

Later She was later release from prison and sign the crime about r**e.

Drinking alcohol is not a Crime But R**e is a Crime.

Summary of the play "Let Me die Alone".

The Act one of the play open during Gbanya's good time with his wife, Yoko.

The ruler in a dire need of romantic play with the refuses to let Yoko go and witness the group of Mende girls dancing around the palace.

While Gbanya is trying to force his wife to bed, they are instantly interrupted by the appearance of a who informs the ruler that the Governor will visit his kingdom tommorow.

The ruler upon hearing the messages is greatly worried. He nurtures the thought that the Governor's coming must be in connection with his boys he hired out to John Caulker to fight against his brother. Gorge".(Act one, scene one).

Similarly, Gbanya expressing his fear and anxiety before Yoko says that he has a dream where he saw the governor humiliating him before the people.

The ruler suddenly develop emotional sickness as he also narrates another dream of his dead father beckoning him to come over.

With this, Gbanya simply admits before his wife that he will soon join his ancestors.

Given the fearfulness of the dream. Yoko enjoins him to make sacrifices to the gods. Instead, Gbanya plans to give the Governor the best gift of biggest cattle, richest wine with a grand reception of Sande dancers to appease the Governor. Yoko reminds the rule his long time promise of handing over the kingdom to him after his death:

"We do my Lord. Remember you made a promise a long time ago that at the time of your death the kingdom passes into my hand.

Gbanya passionately opposes her idea as regards his promise believing that if senehum is to survive, a man must lead the kingdom. On the contrary. Yoko reminds him of many other kingdom that have been ruled well by women which Gbanya confirm to be true.

THE SECRETARY GENERAL OF WEIN TOWN PUBLIC SCHOOL PRESS CLUB WILL BE LIVE ON PRAISE CHAPTER ACADEMY SCHOOL TOMMOROW AT 8:00 AM

The First Game between the Old Student and New Student will be the Debate.

The Theme for the Debate is:
Between Art and Science which want are important in the world.

The Debate Game Video will be live here.

The Principle Teacher Association (PTA) for short have supply a Chair for all the students of Wein town public school.

My name is Aloysius S Cole
Your Presenter.
I Thanks you all.

The Secretary General of the Wein town public school press club Will be visiting the Praise Chapter Academy School Tommorow at 8:00 am.

William Shakespeare's four Grand Children all died without heirs, so there no direct descendants of his line today.

William Shakespeare life is lost in the mists of time. it does ... From then until 1610, when he retired, Shakespeare traveled back and forth to London.

William Shakespeare death occurred on or near his birthday (The exact date for his birth remains unknown).
Which may have been the source of a later legend that he fell ill and died
after the night of heavy drinking with two other writers,
Ben Jonson and Michael Drayton.

He died within a month of signing his will.

Lastest news on on WEIN TOWN PUBLIC SCHOOL (WTPS) campus is.
The is no chair on the school campus.
Some of the Students of Wein town public school don't have a chair to sit on.

Ministry of Education in Collobration with the Bridge-Liberia.

You are all welcome to the truth and obey Press club.

Breaking News: The Students of Wein town public school have a group call the pressure group, it was founded to stop taking money from Student and putting pressure on the Students Council Government. This group form by Allen A. Cooper. The Leader of the Pressure Group are::::::: 1: Allen A. Cooper_ President of PG...2: Aloysius S Cole_ Journalist of PG.. and etc.

We the members of Wein town public school and it Press club have just create their press TV NEWS UPDATE.

We are not here only to give news from our CPUs also do some research on the net about the world.

These are the longest river in the world

These are the lastest river in INDIA.

Benoni Urey is the richest man in Liberia, He currently owns Lonestar Communication Corporation , Liberia largest mobile phone service provider which is partnered with the MTN Group, through his pLC Investments group.

The 10 Oldest Trees in the World That Are Still Alive

The 10 Oldest Trees in the World That Are Still Alive

The WEIN TOWN PUBLIC SCHOOL providing the best quality education in Bernard farm, Or founded March 19 1958 and it's a Nation wild School and it's the biggest public school in Paynesville.

Be the first to know and let us send you an email when Wein town public elementary, Junior and senior high School Press Club. posts news and promotions. Your email address will not be used for any other purpose, and you can unsubscribe at any time.

Other Media/News Companies in Paynesville

Other Media/News Companies in Paynesville (show all)