Very little has been said about this…..On December 2, Basque athlete Iván Fernández Anaya was competing in a cross-country race in Burlada, Navarre. He was running second, some distance behind race leader Abel Mutai - bronze medalist in the 3,000-meter steeplechase at the London Olympics. As they entered the finishing straight, he saw the Kenyan runner - the certain winner of the race - mistakenly pull up about 10 meters before the finish, thinking he had already crossed the line.

Fernández Anaya quickly caught up with him, but instead of exploiting Mutai’s mistake to speed past and claim an unlikely victory, he stayed behind and, using gestures, guided the Kenyan to the line and let him cross first.

Ivan Fernandez Anaya, a Basque runner of 24 years who is considered an athlete with a big future (champion of Spain of 5,000 meters in promise category two years ago) said after the test:

“But even if they had told me that winning would have earned me a place in the Spanish team for the European championships, I wouldn’t have done it either. I also think that I have earned more of a name having done what I did than if I had won. And that is very important, because today, with the way things are in all circles, in soccer, in society, in politics, where it seems anything goes, a gesture of honesty goes down well.”

He said at the beginning: “unfortunately, very little has been said of the gesture. And it’s a shame. In my opinion, it would be nice to explain to children, so they do not think that sport is only what they see on TV: violent kicks in abundance, posh statements, fingers in the eyes of the enemy …”

In the interests of kindness, please pass this on. :)

You work as hard as someone but they get what they want and you don’t? Suck it up. Life isn’t fair, and it will never be.

Legalizing same-sex marriage leads to a drop in prejudice and stigma towards same-sex couples... The 19-year-old musician won “Musical Event of the Year.”

Motor City students to benefit from a different kind of horsepower

Motor City students to benefit from a different kind of horsepower

As part of the agreement, a horseback riding center will be built on a vacant lot owned by the Detroit district.

Apple CEO Tim Cook: Being gay is 'not a limitation, it's God's greatest gift' - Metro Weekly

Apple CEO Tim Cook: Being gay is 'not a limitation, it's God's greatest gift' - Metro Weekly

Tim Cook said that he doesn't regret coming out publicly in 2014, and wants LGBTQ youth to know that being gay "is not a limitation."

What I’ve Learned Since My Son Came Out

What I’ve Learned Since My Son Came Out

Nothing and no one have taught me more about how to be my authentic self than watching my son love and claim himself.

34 Public Displays of Affection That Straight People Take for Granted

34 Public Displays of Affection That Straight People Take for Granted

Kissing, hugging, holding hands, and other simple gestures that often require a great deal of bravery for same-sex couples.

After a four-year legal and legislative journey, same-sex couples in Taiwan can get married.

The Pope made the statement as part of a BBC docu-series about faith.

At 37, Buttigieg dives into an official campaign for the Democratic nomination — and a shot to beat Donald Trump in 2020.

Exercise officially makes you happier than money, according to Yale and Oxford research

Exercise officially makes you happier than money, according to Yale and Oxford research

Yale and Oxford researchers may have just proved exercise is more important to your mental health than your economic status.

Lori Lightfoot and Toni Preckwinkle had the first two spots in February's election that saw a historic 14 candidates for mayor, leading to the runoff.

First mixer of the season was a HIT! So much fun. I was Scooby Doo! 😂🤗 Stonewall Kickball - Washington D.C.

A great man doing impressive and admirable things with his influence! 🙏🏾

Less than a day after the family of a slain single mother of four launched a fundraising appeal, actor and filmmaker Tyler Perry has lent his support.

BlogsBarn LoungeRob Jacobs Builds the House of Opportunity March 18, 2019 Photo © Sportfot BY SISSY WICKES Rob Jacobs first crossed my screen few years ago in relation to the Gochman Grant and Pony Finals. Kids participating in Pony Finals under the grant named him specifically as one of the best p...

“It’s so thoroughly obvious that high performers are generating the feelings they want more often than taking the emotions that land on them” (Burchard, 2017)

Before You Get Married

A long but good week. Finally off and time to boogie 💃🏼

Thanks my friend Brendon Burchard for sending me this amazing book! Excited to get started.

Washington D.C. has the highest LGBTQ population in the United States, according to a new study from Williams Institute at the UCLA School of Law. ﻿

Be the first to know and let us send you an email when R.L. Jacobs, MBA posts news and promotions. Your email address will not be used for any other purpose, and you can unsubscribe at any time. 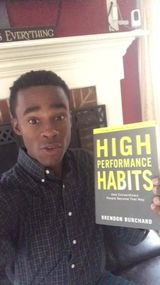 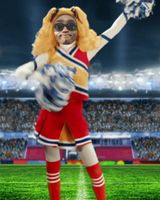 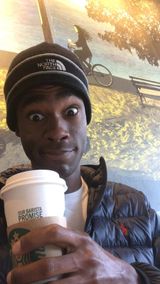 We love getting to know role models in the sport, and R.L. Jacobs, MBA absolutely fits that description. Learn about how he's built such an impressive resume within the sport and how he's using what he has to give back to young riders who want to learn. Brought to you by The World Equestrian Center
Another rider positively impacted! “Tripp” Rouson was excited to receive this amazing donation. Thank you Maryland Saddlery Consignment Roberta Vanous and R.L. Jacobs, MBA for playing a part in giving back to the equestrian community.
Getting around that too many friend issue huh? 🤣
x

Other Aberdeen media companies (show all)