We are a Digital broadcasting station in Akron, Ohio broadcasting locally and around the world the best variety hits of the 80's 90's & MORE! Download the GETME Radio APP today & give us a listen! Available on the Apple Store & Android App! Looking to advertise your business? Look to WKRO! We host businesses both big or small! Got a community event? We offer non profit business free advertising! Contact WKRO today to find out more!

We don't recommend marys bakery downtown. If you can't respect and can't leave out your own political agenda.

We have been struggling to keeping Akron's 80s 90s & MORE! going we currently off air and thanks to Dance2MusicRadio we are back on broadcasting there station on WKRO! Wake up with LV, Eric Michaels & Mike Overnights is back on! Listen live on our website!

This music teacher noticed a student’s exemplary talent, and after hearing his story, she knew somebody needed to get him the tools to grow ❤️

City of Akron Announces Plans for Fourth of July Weekend

Rib, White, and Blue Festival returning to downtown Akron with fireworks displays throughout the City!!!

Akron, Ohio, June 8, 2022 — Akron Mayor Dan Horrigan and Lock 3 are thrilled to announce the City’s Fourth of July plans, including the return of the Rib, White, and Blue Festival and fireworks in several locations.

“I know the Akron community is just as excited as I am to see the Rib, White, and Blue fest back in downtown Akron this year,” said Mayor Horrigan. “The festival gives visitors a chance to snag some amazing food, listen to great bands, and have a memorable time with family and friends as they celebrate the Fourth of July weekend. And bringing fireworks back downtown this year in addition to offering displays in several neighborhood locations gives everyone a chance to enjoy the show whether they want to come out for the festival or enjoy close to home.”

The Rib, White, and Blue Festival runs Friday, July 1 – Monday, July 4 from 11am-11pm each day in Lock 3. The festival includes national rib vendors competing for bragging rights for Best Ribs, Best Sauce and People’s Choice Awards. Visitors can enjoy ribs, pulled pork, chicken and corn, as well as a variety of fair food. Local vendors include Homemade Delites and Stray Dog. Admission is free. No outside food or drinks permitted, with exception of the DORA.

The festival features free concerts each day beginning at 7:00 pm. Bring your own chair, grab some food and drinks at Lock 3, and enjoy the show!

The festival culminates on Monday, July 4 with a downtown fireworks display set to launch after the conclusion of the Akron RubberDucks game. Other neighborhood fireworks displays will be launched from Patterson Park Sports Complex and the Akron Executive Airport. The neighborhood fireworks are set to launch at 9:45pm. Tune into 97.5 FM WONE that evening to get live updates on the launches and share in a patriotic soundtrack for the program.

While the state of Ohio passed legislation last year to allow residents to set off fireworks on particular holidays, including the Fourth of July, Akron is poised to take similar action as many other Ohio cities in maintaining the city’s ban on setting off commercial or consumer grade fireworks without a permit. Akron City Council is currently considering legislation which reaffirms that ban.

"In the US, on average, fireworks are responsible for starting about 19,000 fires each year and cause over 9,000 injuries," said Akron Fire Chief Clarence Tucker. "Over a third of fireworks injuries occur to children under the age of 15. Please enjoy your 4th of July celebrations safely and leave the fireworks to the professionals."

For those visiting downtown for the festival or the fireworks, parking is free beginning Friday at 6 pm. See parking info for downtown here. Additionally, METRO RTA is celebrating summer with fare-free weekends every Saturday and Sunday in June, July, and August. Free rides apply on all METRO fixed-routes and ADA services. Visit akronmetro.org for details.

Visit Lock3Live.com for the full summer schedule and FAQ.

FROM THE BELLPARK WEATHER NETWORK: Eric from Music2Dance2Radio had alerted me from listeners asking why he wasn't on two weeks ago. We had some technical issues I was away to where I couldn't fix it. We have it all corrected and Eric will be on this Sunday from 3-6pm! on Akron's 80s 90s & MORE!

As we all take a much-needed break 4th of July weekend, make Akron's 80s 90s & MORE! the soundtrack for your celebration! Starting at 5pm July 1st & running all weekend! Sponsored by One Stop Notary of Central Ohio! 234.303.4640

We had some system issues and its is now fixed!

Original ‘Married... With Children’ Cast to Reunite For Animated Series

Married with children reboot in the works?

Weather Update: We got large line of storms moving from the west across the state of ohio just west of Columbus right now the storms contain a powerful punch near Indiana state line with winds up to 75 mph. We are hearing thunder in the distant sky here at the studios in Columbus. These storms are moving east towards NE ohio. Be prepared for power outages.

FROM THE WVME STUDIOS COLUMBUS WEATHER DESK: New Jasper, OH…get inside NOW. Winds near the Wilmington radar site detected at up to hurricane force. This storm is warned.

New Jasper, OH…get inside NOW. Winds near the Wilmington radar site detected at up to hurricane force. This storm is warned. - 9:40 PM, 5/25/22

Patience is a virtue! Rock the Lock begins this Friday! 😎

Happy Memorial Day from all of us at Akron's 80s 90s & MORE! We are celebrating in style with the largest throwback party all weekend! so get them BBQ grills and that pool ready take us along all weekend starting Friday @5pm and running all weekend!

Just a reminder next weekend is Memorial Day weekend and we are shutting down operations on programing in observance to our nation and our military. We will be running our big throwback party all weekend. John & Heidi will air Monday afternoon of Memorial Day and The LV Show AM will air live as well from 7 to 10am! We kick it all off at 5 pm Friday! During John & Heidi

Revenge of the 80s

Will be returning in 2 weeks!

Attn Seth Podcast listners: I have been reaching out via email to Seth with no response for shows. I’m still working to get episodes as we speak and I have reached out to him on social media to check in and see what’s going on. This why you been hearing the same podcast episode. Again don’t worry folks I’m still trying to reach him I hope and pray eveything is ok.

$2 million grant given to support entrepreneurs in Akron Its election day to our neighbors to the east in Pennsylvania! Get out and vote today! Polls are open till 8pm! if your in line in at 8pm under commonwealth law you have the right to vote!

Books-A-Million returned to Cuyahoga Falls Monday, with the store opening in a new location at 392 Howe Ave. in The Plaza at Chapel Hill.

There's no plan to resurrect the roller coasters, but the master plan unveiled Monday by the Medina County Park District for the old amusement park does include the fabled Ferris Wheel ... sort of.

Nods to its amusement park past are part of the plans to covert the old Chippewa Lake Park into a county park.

Tom Simpson, owner of the Kent Stage, on the last 20 years of operations, and what the future might look like for the venue.

Tom Simpson, owner of the Kent Stage, sits down to talk about the last 20 years of operations, and what the future might look like for the venue.

Couple Falls In Love While Recovering From Heart And Lung Transplants

Couple Falls In Love While Recovering From Heart And Lung Transplants.

Bobby Channell and Faith Crouch met at Nora's Home, a facility that offers care for organ transplant patients at the Texas Medical Center.

EVERYDAY THINGS THAT YOU DIDN’T REALIZE HAD A NAME.

We've rounded up the terminology for everyday items that you didn't know had actual names. It's the most practical vocab lesson of your life.

A new study finds that using a footstool to prop up your feet while sitting on the toilet helps ensure more comfortable bowel movements and can lead to far less pain for people battling constipation.

HERE’S a concept: If you’re wrong, just admit it. Researchers from University of Houston say if you want to make a good impression when debating others online.

The study recommends "intellectually humble behavior" if you want to make a good impression on other users.

Multitasking is dead. Monotasking is better for our health, relationships and productivity

The concept of multitasking is dead, according to productivity experts.

Multitasking causes stress and hurts our mental health and relationships. Monotasking is better for your productivity and health.

“Game of Thrones” star Maisie Williams and “The Good Doctor’s” Freddie Highmore are set to co-star in the comedy.

From 'Fleabag' director Tim Kirkby, the film is based on the real-life story of an eccentric MENSA beauty queen who abducted a Mormon missionary in the 1970s.

‘Dirty Dancing’ sequel to feature ‘90s hip-hop: ‘We will not ruin your childhood’

New details for the sequel to 1987’s “Dirty Dancing” have emerged, and the story will involve some ’90s hip-hop.

Music from the original film will also reportedly be put into the new movie.

Humanity will need to survive about 400,000 years if we want any chance of hearing from an alien civilization - MixPoint

Some scientists are theorizing that it may take 400,000 years to communicate with an alien civilization.

Humanity will need to survive about 400,000 years if we want any chance of hearing from an alien civilization

Millennials don’t clean their bathrooms as much as Boomers

Millennials are twice as likely as older generations to clean their bathrooms only once a month, according to a new survey.

Millennials are twice as likely as older generations to clean their bathrooms only once a month, according to a new survey. The poll about routine household chores, conducted by Mulberrys Garment C…

23-year-old Dailyn B. Ferguson was shot outside of his business, DF Kickz, on Sunday evening.

She just couldn't keep out if trouble.
https://www.cagesideseats.com/.../wwe-hall-of-famer-tammy...

‘The defendant is a threat to the community and I do not feel that a monitor would protect the community because it’s too easy to evade.’

Be the first to know and let us send you an email when WKRO- DB Akron's 80's 90's & MORE posts news and promotions. Your email address will not be used for any other purpose, and you can unsubscribe at any time. 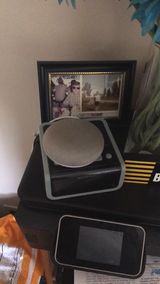 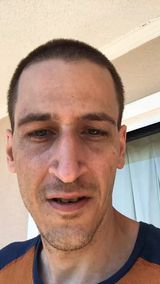 Back to the 80's Weekends

Wake- Up Akron Weekdays 7-10AM

Back to the Old-School Sunday's

Back to the Old School Sunday

Wake- Up Akron Starting Monday @ 7AM

Playing nothing but the best hits from Madonna, Prince to Matchbox 20, & Mary J Bilge. We our Akron’s Hits Station for 80’s & 90’s and MORE! Launching October, 1st!

Other Radio Stations in Akron