The training at CSA helps film actors discover what they are capable of while fostering the independence, confidence, & self-awareness needed to book jobs.

School's Out! Atlanta Hollywood Acting Studios would like to invite your kid, tween, teen or adult to join us for this fun and exciting Harry Potter Fan Fiction Film Bootcamp. We have payment plans available.

Check out Disney World's 30 second TV commercial, '50th Celebration: Magic is Calling' from the Resorts & Theme Parks industry. Keep an eye on this page to learn about the songs, characters, and celebrities appearing in this TV commercial. Share it with friends, then discover more great TV comme...

Why Georgia is becoming the new U.S. film production capital

In 2020, Georgia was home to an estimated 242 film productions that added $2.2 billion to the state's economy.

Advisor Studio Series: Suzanne Lyons on the Art of Networking

You would be wise to check this one out.

We are very excited to announce that “Defense Contract” is an official selection of YoFiFest: The Yonkers Film Festival!

The festival runs from November 5th through the 21st (is that a full festival or what?)! Our film will be shown as part of the “Local Talent 2” shorts block on Saturday, November 13th at 1:00 PM. This year's YoFiFest being a "hybrid" festival, that screening will take place both in person and online.

The festival is all about connections and conversations, so in addition to including talkback Q&A sessions at almost every screening, the festival offers a "mini film school” series of workshops taught by award-winning industry professionals, and parties and receptions where filmmakers and film fans get the chance to meet and mingle.

For tickets, visit https://www.yofifest.com/2021schedule, scroll down to 1:00 PM on November 13th, and pick your preference: virtual (the "online simul-screen") or in-person!

Acting classes can get pricey. Explore our membership plans to help maximize your savings!

57 TV Shows and Movies Filming in Georgia in October

Want to know what's filming in Georgia? Here are all of the movies and TV shows that are now filming in Atlanta and throughout Georgia.

“Defense Contract” is an official selection and award nominee in The Ocktober Film Festival in BROOKLYN!!!!

Our film will screen in “Shorts Session 1” on October 9 at 6:00 PM—click here for tickets: https://filmfreeway.com/OcktoberFilmFestival/tickets

The Ocktober Film Festival is one of the few film festivals that is housed in its *own NYC movie theater*, and has been running for 9 years!

“Defense Contract” writer/actor Adam LeBow was born in Brooklyn and raised there ’til the age of 4; he and his brother—our director, Douglas LeBow—visited their grandparents there throughout their childhood; it is a place that is near and dear to their hearts. More broadly, our entire post-production team is based in New York City and many involved in the film have lived and worked in The Big Apple at some point in their lives. Combine that with NYC’s status as one of the world’s cultural capitals and you get the point: we’re pretty excited! 🤩🤩🤩

Congratulations to this cast and crew of this film that Ken Feinberg produced.

"Defense Contract" has won the Silver Award at the Wallachia International Film Festival 2021!

Taking place in Bucharest, Romania, the festival is adjudicated by an international jury and its awards are determined "exclusively based on artistic merits. Networking doesn’t work on us. Only art," says their website!

So we are honored that the art of our film has earned us the silver, especially considering the competition: **127** other short films from around the world!

Hi there wonderful YOU! We are very excited about Ken's class tomorrow from 10am-12pm and since you signed up to attend, this is our gentle reminder. Audition Tune-up & On-Camera class is an in-depth opportunity to gain skills & techniques needed to "Book-It"; from self-taping to understanding the s...

It’s all about the audition. You work so hard to get them, now what? What can you do to NAIL your audition? Learn from the professionals of course.

Another Ken Feinberg class. You will get on-camera time, learn important tips for self-taping and gain high-level knowledge that can help you BOOK IT!

Ahead of the season four premiere, Netflix has renewed its karate-filled family dramedy.

Award Winning Filmmaker & Acting Coach, Ken Feinberg, will teach a 6wk. On-Camera Work & Audition Technique course that will empower actors and deliver strong self-tapes that will impress casting directors. Take your auditions to the next level!

What’s filming in Georgia in August 2021?

"The Resident" returns for a fifth season in production in August. And "Creed III" means Michael B. Jordan will be in metro Atlanta.

Interesting read for actors, agents and casting directors. what's your opinion of this?

This is an incredible opportunity to learn how to book acting jobs. Every actor will get two reads and instruction. Don't miss this one. Seats are limited!

“The reason why I like to bring in season professionals from Los Angeles to supplement Actor training is because Actors need to know where the bar is and what their performance needs to be like if they want to have a successful career. " -- Ken Feinberg

Check this film out!!

DEFENSE CONTRACT KICKS OFF THE WHISTLEBLOWER SUMMIT AND FILM FESTIVAL!

The all-virtual festival starts in a few hours! See "Defense Contract" starting today and for the next 72 hours (through Monday, July 26th) thanks to Film Festival Flix! Go to: https://filmfestivalflix.com/festival/wsff/film/defense-contract/

The Whistleblower Summit & Film Festival is the intersection between media, politics, culture and entertainment. They have an extraordinary lineup of films and panelists. The festival runs from July 23–August 1 — learn more at whistleblowersummit.com

Summer heats up. So does production.

Cynthia Erivo was nominated for best actress in a limited series for Atlanta-produced "Genius: Aretha Franklin" on NatGeo.

53 TV Shows and Movies Filming in Georgia in June

have a look at this!

Want to know what's filming in Georgia? Here are all of the movies and TV shows that are now filming in Atlanta and throughout Georgia.

The CW is rebooting the 1970s show "The Waltons" as a movie.

Congratulations to our CEO Ken Feinberg (producer), the actors, writer and the entire production team for a job well done!

What’s filming in Georgia in May 2021

Dwayne "The Rock" Johnson is shooting "Black Adam" in Georgia.

‘The Resident’ Renewed By Fox For Season 5

The doors at Chastain Memorial Hospital will remain open after Fox renewed The Resident for a fifth season. The renewal, which was unveiled as part of Fox’s 2021-22 schedule, was not a surprise giv…

The Savannah Regional Film Commission has confirmed Tyler Perry's latest film, "A Jazzman's Blues," will be "another exciting project filming in our region!"

The return of Colin Firth to Atlanta.

"The Staircase" HBO Max limited series will shoot in metro Atlanta from June to November 2021.

The dogwoods and azaleas are in bloom across DeKalb County, but there’s a black and yellow variant on seemingly every corner these days as well. It’s the signs with the codes for film and television productions in the area, and they are ubiquitous.

Please check out this film being made by our friend and CSA Film Academy grad Sam Dubin.

🤩 Welcome to The Stream! 🤩 A short film, written and directed by Sam Dubin.

#thestreamfilm follows first-generation American, David, and his immigrant father, Misha. After David learns of his father's recent financial catastrophe, he reluctantly agrees to one last tumultuous trip to their beloved family lake house before it’s sold. What follows is the tender portrait of a father and son as they grapple with the loss of a home and the realization of a relationship damaged by time.

AND if ya like what you see ~ do us a favor ~ share it with your friends! Family! Neighbors! High school guidance counselors! Whoever you see fit!

🎊Thanks for following us along the journey and stay tuned for exciting updates along the way! 🎊

Atlanta-based Blackhall Studios was sold for $120 million to a private equity firm in Los Angeles.

Authenticity is a Process, Not Just a Buzzword with Sean De Simone

Words of wisdom from some of the best Non Ficton Casting Directors in the business:

In the world of buzz words, AUTHENTICITY reigns supreme. Like most things in life, showing up authentically is about the journey and not a destination you arrive at overnight. The world of acting can be a great teacher of what it takes to be emotionally ho...

Marta stops right in front of the studio.

Be the first to know and let us send you an email when Creative Studios of Atlanta posts news and promotions. Your email address will not be used for any other purpose, and you can unsubscribe at any time.

Send a message to Creative Studios of Atlanta: 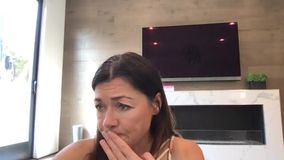 Another FREE Hosting Class This Friday! 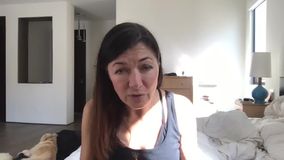 Another FREE Online Class (Is this our last? You decide! Details in video. 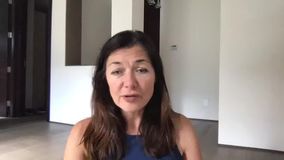 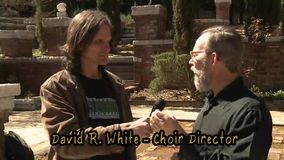 Conquest of Canaan - Behind the Scenes

Congratulations to CSA Film CSA Film Academy graduate Briscoe "Stampy" De Poalo on his Disney commercial.
mic drop
You would be wise to check this one out.
Check it out!!
Hey New York friends. Wanna see a good dramatic short? Check this out.
Congratulations to this cast and crew of this film that Ken Feinberg produced.