DV Group Corporation, founded by Daniel Utjesanovic is an international film production and finance company with a focus on creating high quality film and TV projects.

From set with skilled D.O.P. @annasmoronova

You must watch this. From one of our greatest directors. So much of filmmaking is about preparation. Also listen to what he says. It’s not only prepping the actors and the script. It is all the other elements as well. Lighting, camera, design, editing, camera movement, composition, location, music and so much more. Filmmaking is just fantastic.

Shots like this are hard on location, but in a studio, with the ability to rig cables overhead, to completely control the lighting, to build sets from materials to make them safe, but visually interesting, difficult shots become much simpler.

“I have bought golden opinions from all sorts of people.”

All the world's a stage, and all the men and women merely players. They have their exits and their entrances. And one man in his time plays many parts.

The Unbearable Weight of #MassiveTalent will be in theaters everywhere April 22, 2022. Filming took a place in Dubrovnik Croatia. Nicolas Cage stars as... Nick Cage. Amazing performance 👏

It’s not just the event (story). It’s how we cause the audience to experience the event. Simply putting events in an order is not filmmaking. Creating an experience as well the intellectual construct is.

The face of madness returns. Only on Netflix February 18th 2022.

Life is all about facing new challenges. New Year, New Projects and time for some new company designs.

What do you think?

It’s that time of the year again, so prepared to have the best time ever, like we prepared us already at DVGroup and DV Hayabusa Studios. God Bless You and Wish you a Magical Christmas and Happy New Year 2022.

This Christmas We want to wish you lots of smiles and all the light in the world. Be happy, and We will take care of the rest. Looking forward to the best new year in our life.
Merry Christmas 2021 and Happy New Year 2022!

AMBULANCE movie directed by the one and only Michael B. Bay is going to be in theaters in February 2022 …

Our founder Daniel Utjesanovic is beyond blessed and humbled to be participating on this amazing project feature film called Koma, written by his friend producer Bunjamin Kurtishi and directed by Agim Abdula. Production starts in January and we’re always excited to be back on set creating great stories.

If you ever wanted to get an idea - of the level of technology that we at DV Hayabusa Studios are utilizing to bring our upcoming Transmedia Story IP to life in a Video Game, Animated Series and Animated Cinematic Universe.

Then this is an excellent tech demo for you to watch.

This is ONLY the beginning.

Fight or run, the choice is yours. Just survive.

It is during our darkest moments that we must focus to see the light. We must let go of the life we have planned, so as to accept the one that is waiting for us. I’m coming for you-I’m coming for you.

If you get tired, learn to rest, not to quit!

"REMEMBER THE TIME" 🎬 30 YEARS AGO, THE BEGINNING OF THE LEGEND On November 3, 1991, Michael Jackson began filming the pharaonic short film 'Remember The Time' in Los Angeles, the second single from the album 'Dangerous'. Directed by John Singleton, the video featured actor Eddie Murphy, model Iman and NBA star Magic Johnson.

Here is how Singleton recalled the making of that iconic short movie in an article published in Rolling Stone on July 9, 2009:

"When I met #MichaelJackson for the first time, I was not nervous, because I felt as if my whole life had been preparatory to that moment. As a fan of his, he has always been in my life. I was 15 when I went to the Grammy Awards and saw him win all his awards at the Shrine Auditorium. He asked me: "What songs do you like? Do you want to shoot a video?". I replied: "Ok, fine ... Can we put some black people in the video?". I was challenging him. He replied thus: "Anything you want." He was quiet with me because I was direct with him, while I sensed that those around him were always ceremonious, and did not tell him things as they were. This was the point of view of a young black boy who grew up admiring Michael Jackson, inspired by the vision he had not only in music but in his life. Having the chance to hang out with him and call him a friend was an honor for me. On the set of 'Remember the Time', Michael was very lively. The choreographer in that video was Fatima Robinson: the three of us would get together, and she did the routine with him. It was a really great atmosphere. Just to see how he got to take each step, little by little, and then the whole routine ... like we were putting on a Broadway show. It said, "Whatever you want to make it as cool as possible, let's do it. Let's take #EddieMurphy. Let's take #MagicJohnson!" Magic Johnson was going through that bad time ... He had just revealed he had HIV. And despite that, Michael said, "We have to put Magic in this video." I will always remember him ...

All true progress of the human spirit takes place in the realm that is firmly outside one's personal comfort zone. And in our founder’s experience, there is only one tried and true motivation and that is the combination of desire and passion. Having desire and passion for what you want, and what you believe in, will give you the drive and motivation to fail a hundred times and then fail again and again. Even to lose everything and lose it all again, but yet never stop believing in your dreams and goals. Daniel’s story and his business partner's story, and therefore Daniel’s DV Group and DV Capital Corp, also their DV Hayabusa Studios story is rooted in this. Daniel said we will never quit - and we are just getting started. Next award is an Oscar! Let's go to work.

We haven't released up to this point hardly ANY information about what we are making. But we are going to slowly change that.

As we are becoming part of a transmedia studio - we have an IP that utilizes transmedia narrative storytelling. This allows us to tell the story of the IP universe across multiple mediums. We will start with a video game, and then branch into 3D Animation both with a TV Series and with Films.

The video game will be a survival game simulation that will be similar and familiar to other survival games out there. But there will also be significant departures from the genre as well. We like to refer to our genre as Survival: Immersive. Gamers are still searching for a game that allows them to escape into a world that is their own - to take a break from the real one. By themselves or with their closest friends. Create experiences, without the normal fears or insecurities of the real world. And in our own way - we intend to deliver.

In fact - we have a Multi-Grammy winning artist that will be demoing the animated concert feature when we debut our teaser trailer early next year.

We look forward to continuing to update you slowly as we ramp up production over the coming months.

Inspired by one of the best and most memorable movies in the history of cinema "Interstellar" by Christopher Nolan.

Director Daniel Utjesanovic on set of The Balkan is not enough.

So proud to announce our DV Entertainment first project in Dubai. Big thanks to Dubai team, amazing producers, set designers, location managers, grip, whole crew and everyone involved in our amazing film HELP ME. Specially beautiful UAE 🇦🇪 The production is located in Dubai with amazing talented cast and we targeting worldwide market. So much for now. 🔜

Be the first to know and let us send you an email when DV Group Corp posts news and promotions. Your email address will not be used for any other purpose, and you can unsubscribe at any time. 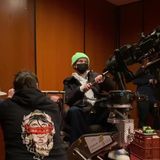 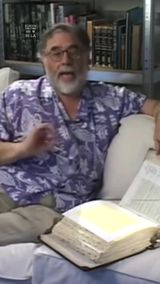 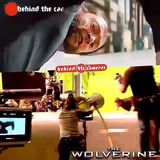 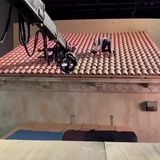 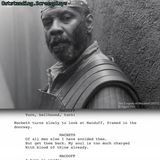 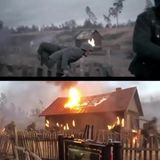 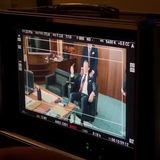 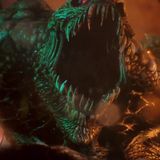 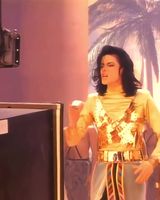