Congrats Pietra Bros! I’m glad to be apart of this album.

The Pietra Group is a jazz-fusion group performing original compositions by brothers Joe and Mario Pietra. Following the success of their debut album, Remote Narration (2013), The Pietra Group elevates their storytelling in the newly-released studio album, People Chain (2021).

Big Congratulations to Mr. Kenny Barron on his Grammy Nomination for best Jazz Improv solo “kick those feet” on my dear friend Gerry Gibbs album “songs from my father” which was recorded and mixed by David Stoller at the Samurai Hotel Recording Studio! 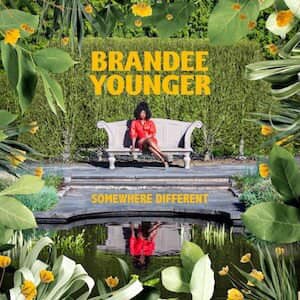 Brandee Younger’s jazz album “Somewhere Different” has been nominated for a Grammy in the category “Best Instrumental Composition” We are so happy to have recorded and mixed her album here at The Samurai Hotel Recording Studio. Congrats Brandee!!!!

I’m happy to be apart of this album. Fun was had!

The Pietra Group is a jazz-fusion group performing original compositions by brothers Joe and Mario Pietra. Following the success of their debut album, Remote Narration (2013), The Pietra Group elevates their storytelling in the newly-released studio album, People Chain (2021).

Come us with DJ Logic live from the Samurai Hotel tonight!

⭐ The Warrior Women of Afro-Peruvian Music ⭐

🙏🏽 Thanks to all of the artists who made this important project possible that challenges machismo, racism and discrimination with our best weapon, music.

🙏🏽 Thanks to the entire production team for their invaluable work and talent.

These are days when we need to express ourselves through music more than ever—for ourselves and the world.

Our new single 'Souvenirs of Passion' is a composed improvisation with Brandon Terzic on the oud, an outstanding artist from the Just Play community; with whom I had the honor of collaborating with on piano.

I hope you enjoy it as much as we do.
.
.
.
Brandon Terzic
David Stoller
The Samurai Hotel Recording Studio

Nice review for my friend James Carney on NPR! We recorded this back in 2016 at the Samurai Hotel. Not only is he a great composer and pianist, he is one of the best piano technicians in NYC. If you are looking for a piano or need your piano worked on, James is your guy.

Carney rounds up diverse musicians in a sextet that cuts across generations, stylistic preferences and social circles. Their interpersonal chemistry flows on a new album.

Live from the Samurai Hotel tonight!!!

Happy to see and be apart of another one of Petros Klampanis’s beautiful projects finally released to the world...

Happy to be apart of your beautiful album Carolina Calvache!

How do we thrive in a world where our burning questions may never be answered? How do we let art and music guide us? Why not build, write, compose, dance, paint and play simply to bring beautiful things into the world for the sake of creativity itself?

This is in tribute to Lyle Mays, an exceptional artist who has inspired me countless ways over the years and who recently left us.

Matt Geraghty has been releasing his beautiful compositions we recorded together over the past couple years together with some stunning videos.

When reality starts to unravel, how do we continue to trust in our creativity? When time loses its shape and meaning, how do we stayed inspired? How do we reorient our compass and have faith that everything we need, we already have in our hearts?

JD Walter - Dressed in a Song

Recorded and mixed a beautiful record for JD Walter performing with some of the best pianists on the jazz scene. Here is a music video from this new release!

I was adopted before the age of one. "Dressed in a Song" was written for my Mother who was and is a musician. She nurtured me musically and helped me to find...

Really sad about losing Wallace Roney today. He was such a great mentor to so many young great musicians. Wallace was part of the reason for me to move up to NYC in 2004 and the first person to encourage me to follow my dreams to build my first recording studio. Rest In Peace dear friend, mentor and genius.

Nunziata fans are now going to be able to â��take home Anthonyâ�� after his solo concert shows.Â Â He's in the famed Samurai Hotel Recording Studios in Astoria, N.Y. recording his solo debut album as we speak.Â Â Â You will not be able to take home his twin brother Will Nunziata on th...

"LET'S PLAY!" IS OUT! My debut album with Ben Wolfe, Donald Edwards and Marcus Strickland, recorded at The Samurai Hotel Recording Studio. Thank you to Dan Miller for helping to get this started, Rachel Faro for helping us finish it and to Mary Ann Topper and Jason Byrne Red Cat Publicity for spreading the word. Here are a few ways to get it:
CD BABY - http://store.cdbaby.com/cd/brandongoldberg
iTunes - https://itunes.apple.com/us/album/lets-play/1457158102
Spotify - https://open.spotify.com/album/7C4qQNqOlDIzZ0vIt00WUC
AMAZON - https://www.amazon.com/Lets-Play-Brandon-Goldberg/dp/B07PWBCT3Y/ref=sr_1_1?keywords=let%27s+play+brandon+goldberg&qid=1555068496&s=gateway&sr=8-1
Cover Photo: Kasia Idzkowska

What a great documentary Matt Geraghty is putting together! We’re glad to be apart of these amazing Peruvian sessions.

Just Play continues our travels creating cross-cultural music collaborations around the world. In this series, Just Play is now in Lima, Peru for our documentary and upcoming album ‘The Warrior Women of Afro-Peruvian Music’ featuring powerful artists within the African diaspora.

The maestro Benny Green and his trio wrapped up their third day in the studio with us today!

Monday night we got out of the studio to celebrate Brandon Goldberg‘s cd release “LET’S PLAY!” at Dizzy’s club at Lincoln Center! We are very proud to have recorded, mixed and mastered this young mans debut album.

In the studio and making of LET'S PLAY! SO excited to share this video with behind the scenes footage making my debut album, LET'S PLAY! (available 4/12/19) with the amazing Ben Wolfe, Donald Edwards, and special guest Marcus Strickland recorded at The Samurai Hotel Recording Studio. I am humbled, grateful and honored to have these very accomplished musicians on my first project. Thank you to Andrei Matorin for making this video. Red Cat Publicity #jazz #debutalbum #letsplay

Let’s Play! (available worldwide on April 12) is the premiere album from Brandon Goldberg, an energetic, swinging new force on the piano. What you experience when hearing Goldberg (who turned thirteen in early 2019) on Let’s Play! is a refined gift, sculpted by years in the woodshed, inspired by pianists recognized by one name, Monk, McCoy, Herbie, Chick, Bud and others, imbued with a pure love and joy for this music and nurtured by a supportive family - all fortified by the Florida sun! Let’s Play! was recorded at The Samurai Hotel Recording Studio just weeks before Brandon's twelfth birthday, and features veteran musicians, Ben Wolfe on bass, Donald Edwards on drums and special guest Marcus Strickland on tenor saxophone. Video by Andrei Matorin

We are so happy to be a part of Eli Degibri’s next recording project with his quartet!

It was so much fun having Kristina Koller recording some of her cool original music! This is her second album with us. 🙂 She brought with her:
Jason Lindner-producer
Fima Chupakhin-piano
James Robbins- bass
Joe Spinelli- drums

Glad to have violinist Augusta McKay Lodge recording her Italian album. Beautiful music! And check out the harpsichord!

We just wrapped up saxophonist Yuto Mitomi’s next album! It was great having Akihiro Nishimura at the board the last 2 days. ✨ 😎

We are very excited to have had our first big band session at The Samurai Hotel with Igmar Thomas and the Revive Big Band!

So excited to share with you the 2nd LIVE video of "Cuatrombon"! Exploring the music of Venezuela we present to you this beautiful joropo by Ricardo Mendoza.
Hope you like it!

Happy to be apart of this great tribute album to McCoy Tyner! Released by Whaling City featuring the amazing Benito Gonzalez, Gerry Gibbs, and Essiet Okon Essiet. Recorded and mixed at the Samurai Hotel by David Stoller

It was great having Benny Green back in the studio!

My main man Jure Pukl has released his next masterpiece. Mixed and mastered by yours truly @samuraihotelrecording featuring Melissa Aldana, Joe Sanders and Gregory Hutchinson
https://youtu.be/ZBGhAudIqzg

One side benefit of not being able to fly back home is getting to do a recording session with my brothers Jon Batiste and Joe Saylor! #goodtimes #jazz #bass #davidgagerentalbass Philip Kuehn #Samurai #swing #lssc

The Samurai Hotel is a state-of-the-art recording studio located in Astoria, NY founded by former Sony Music Studios engineer David Stoller. Our Mission is about the work. It’s about the extensive talent, unmatched services and resources that make us an emerging top music production facility in NYC. Our services provide recording, mixing, remote recording, artist production, band rehearsals, mastering, and audio post production. We offer Pro-Tools HD, an extensive Microphone/Mic Pre/Outboard gear selection, a great selection of instruments, a large live room and isolation booths, plus a relaxed vibe to achieve the best recording/mixing experience possible. Clients can expect a new level of sonic clarity and realization of sound that can only be achieved by a seasoned engineer with the right ears, room and equipment. We provide world-class results at an affordable price, making The Samurai Hotel an ideal choice for any project.

Be the first to know and let us send you an email when The Samurai Hotel Recording Studio posts news and promotions. Your email address will not be used for any other purpose, and you can unsubscribe at any time.

Send a message to The Samurai Hotel Recording Studio:

Other Broadcasting & media production in Astoria