H.S. Consulting offers a variety of services for start-up food businesses. We work with food entrepreneurs to develop a marketing and PR plan that is catered specifically to your needs as your business grows.

When a Food Writer Can’t Taste

With my tongue impaired, I was like a deaf musician.

What I learned from six months of GMO research: None of it matters

Why does anyone care about GMOs? Whoever wins the debate, they're not that important to our future. But they're central to the stories we tell.

Where to Drink Masala Chai in NYC | Serious Eats: Drinks

Looking for an authentic chai? Look no further: http://drinks.seriouseats.com/2014/01/best-masala-chai-new-york-queens-manhattan-brooklyn-authentic-indian-chai.html?ref=thumb

Our guide to the best spots for chai in New York City. [Photographs: Devorah Lev-Tov] While most coffee shops will have a "chai latte" on the menu, if you want an authentic Indian version of masala chai, you're better...

Another client, Leckerlee, officially opened her online store for the holiday season today. Make sure you try her lebkuchen before the season ends!

I'm so proud of one of my clients for getting her products on the shelves at Whole Foods! This is no small feat!

Meet Sandy, the founder and owner of Leckerlee. She first tasted lebkuchen at a Christmas market (Christkindlmarkt) while living in Berlin. Sandy soon became obsessed with these tasty morsels and began trying any and all varieties. When she returned to NYC, it became her mission to recreate the deliciously authentic lebkuchen she loved in Germany. And voila, Leckerlee was born!

Did you know that scotch bonnet peppers are named as such because of their resemblance to tam o' shanter hats?

It's almost lebkuchen season...sign up for the Leckerlee newsletter to stay in the loop!

We make lebkuchen, a traditional German gingerbread, by hand in NYC. 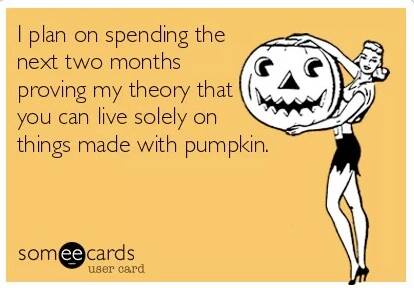 Where Are You Eating Mooncakes in NYC? | Serious Eats : New York

Thanks to high cholesterol, I will have to skip the mooncakes this year. But YOU should have one! Here's where: http://newyork.seriouseats.com/2013/09/where-are-you-eating-mooncakes-in-nyc.html?ref=title

[Photograph: Robyn Lee] The Mid-Autumn Festival kicks off today, which means it's high time for mooncakes, those dense, lightly sweetened pastries stuffed with lotus seed paste and salted eggs. We've been rifling through Chinatown's bakeries for our share, digging... A gorgeous and delicious tuna tartare at Nougatine at Jean Georges. 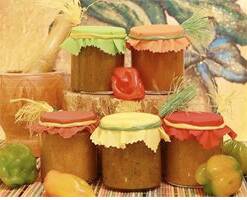 Check out NAFI'S Condiments at HesterNights tonight at Eventi Plaza!

Support the professional baking training of immigrant women at Hot Bread Kitchen! Donate or fundraise for a chance to win brunch with Gail Simmons! http://www.crowdrise.com/womenbakebreadscholarship

Who We ServeAround the world women bake the bread and cook the food, however, in the U.S., immigrant women hold less than 8% of professional baking positions. Despite rich food cultures and culinary talent, immigrant women are one of the most vulnerable groups in the workforce. With limited English…

Provisions! Your one-stop shop for everything kitchen related Food52 http://food52.com/provisions

We've scoured the food world to find you the best, most useful provisions for your kitchen and home.

Measure social media: learn simple strategies to incorporate into your social media campaigns and see if you’re achieving your objectives.

Despite this oppressive heatwave, TGIF everyone! I wanted to share a recent blog post from a business I have worked with in the past- Waltzing Matilda's. They make incredible Aussie desserts. It's a great example of how to share information while still keeping it fun:

As an American, one of the great things about traveling Down Under is that we all speak the same language. The jet lag may leave you feeling stuffed, but least you don't need to fossick through your port for a dictionary just to catch a taxi from the airport.

I thought a blog on Australian/American language differences would be fun because, well, “Waltzing Matilda” is not actually a dancing girl. The song refers to a swagman (hobo) traveling on foot (waltzing) with his Matilda (sleeping roll). I've updated the song lyrics on our website with some translations, but a warning that the song is not as upbeat as the tempo implies!

So how can you fit in when you travel to Oz? One rule is—like exaggerated fake Spanish—to add an “oh” sound to the end of words, but also shorten them. You might say, for example:

This arvo I was watching a doco about growing avos when I heard an ambo go by. Turns out some drongo choked on his Lammo!

What happened? You were watching a documentary about avocados one afternoon when you hear an ambulance go by with some idiot who choked on a Lamington.

Another pattern is to add the “ee” sound to the end of words, and—as usual—shorten them. For instance, if you want to report home about about your plans to have a morning meal then grab the proper attire and some cool snacks before heading to a remote destination, you might say:

I've got to tell my oldies that we're having brekkie then getting our cozzies, thongs, and sunnies and filling the esky with bikkies and chokkie before we toss it in the boot and leave for the back of Bourke. We'll stock up on some more food at the milk bar, and don't forget your budgie smugglers since there's a billabong there!

If you follow these simple rules for using fair dinkum Aussie words when traveling Down Under, I reckon she'll be right and you'll have a bonzer time, mate. Just try not to come a gutser as you walk on the left side of the road or they'll think you're a real bogan.

What's your favorite Aussie expression? Comment on our page!

The heat wave continues, so here is a lovely poem to cool you off:

This Is Just To Say

I have eaten
the plums
that were in
the icebox

and which
you were probably
saving
for breakfast

Forgive me
they were delicious
so sweet
and so cold.

From the great folks at Aeolidia! Your Mailing List: Why You Need It, and What To Do With It: http://aeolidia.com/blog/2013/05/your-mailing-list-why-you-need-it-and-what-to-do-with-it/

I wrote a new blog post, Increasing Your Tolerance for Spicy Food, for one of my clients (excuse the Comic Sans font...it' can't be changed for some reason!) http://www.nafishotpeppercondiments.com/blog/2013/06/26/Increasing-Your-Tolerance-for-Spicy-Food.aspx?alt_id=DZ3CB-WA997-2W6&ts=1372266134516

We are delighted to see how NAFI'S Habaneros Peppers products are on there way to become a favorite!...We want to keep you posted on our progress. Where to find us. Our new recipes. We are at the Green Flea Market on Columbus avenue in NYC on Sundays, and in more Gourmets stores to come. You can fin...

Hey Astorians, be sure to check out Taste of Astoria for all of the latest food finds! http://tastoriaqueens.com/

Occasional musings on my favorite meals and snacks in Astoria, Queens

The Thirsty Koala is home to caramel squares, an Australian dessert made up of a cookie base, caramel filling, and chocolate topping. It is a wonderful dessert!

Some great press for one of our clients! http://newyork.seriouseats.com/2013/06/food-artisans-nafis-condiments-sauces.html?ref=search

[Photographs: Max Falkowitz] It was only two years ago that Nafi's Condiments and Sauces—a line of habanero-based pepper sauces and pastes—was launched in New York City, but the journey that led to Nafissatou Camara's jumpstarting her business began many...

Be the first to know and let us send you an email when H.S. Consulting posts news and promotions. Your email address will not be used for any other purpose, and you can unsubscribe at any time.

Send a message to H.S. Consulting:

Other Media/News Companies in Astoria