This page was created to share some of our 360 degree panoramic video, virtual and augmented reality, and other immersive media work.

Just finished up another fun project for Scott Pro dispensers – This hopefully goes to show that not all dispensers are created equal.

It was a pleasure and an honor to give this great new product a face and physical presence. This is the product design review video for final approval on look and feel.

Just finished up a new product visualizer app for Kleenex brand. This should help sales reps keep from hauling different samples around everywhere they go. And with recent events, it's also a great way for the end user to see things without the rep even having to come by at all.

This augmented reality app we created for Kimberly-Clark, allows users to place Kleenex facial tissue products into their current setting. Switching between different design patterns and format types is quick and easy, allowing consumers and sales reps to see and share how each would look if placed into their own physical environments.

Around BonSom - In a Time Machine

In these strange times when we aren't able to enjoy the amazing places our communities have to offer, here is a little escape to a place near and dear to my heart. I've not only had the privilege to see this area grow into what it is today, but have had the honor help some amazing people and organizations make that fact a reality. http://gnoggin.com/bonsom/
http://gnoggin.com/bonsom/

Go back and forth in time as you explore some of the amazing locations surrounding the BonSom Historic District in Atlanta's Poncey-Highland neighborhood. Ponce City Market, the Clermont Lounge and Hotel, Common Ground, Historic Fourth Ward Park, and the BeltLine Eastside Trail are only few of the p...

What a blast it was to work with such a great group over the weekend. Hugh Hou, you are a true professional in all you do!

This 360 degree 3D marketing and educational experience, was designed to help explain why Antron’s new Lumena DNA carpet fiber is like nothing else on the market. In it you’ll transition from 2D to 3D, then shrink down into the carpet where your guide, Spec will be there to greet you.

Best experienced in 3D on a VR headset, the story was also designed to work in mobile and other flat screen computers and devices.

Great shoot for an upcoming VR experience. 3D 360 with Insta360 Pro, 180 with OneX, and traditional 4k cinema cam. Can't wait to put it all together.

Question... How can you show the world the disgusting dangers around public restroom jet air dryers? Easy, virtually put people in a restroom, turn off the lights, and equip them with a black light emitting watch. Designed to be used in a small footprint at trade shows or simply in an office, this experience allows the user to see what is really going on around them, and truly understand why jet air dryers can be so disgusting.

This augmented reality app was built to allow event guests to view more information about Kimberly-Clark’s Onvation Technology on supplied devices, plus download from the App Store and Google Play, for use on their own.

A quick teaser video for a VR experience we just finished up for Kimberly-Clark's Fall trade show event. The client was able to capture guest's information, attract event goers into their space, and automatically follow up with a customized email and online destination.

Great company, great product, and a great time making this one.

On the set of Artis Wall... Chip Wade in the distance, during the time-lapse sequence.

One of three 360 videos in a series for Liberty Mutual's "Leave Worry Behind" campaign. These videos were produced so that the user could interact with it, or watch it passively (without touching or moving the screen).

Join celebrity designer and TV host, Chip Wade as he explains some features and benefits of the HALO housing line, and shows how they compare to other products on the market.

This 360 degree interactive video allows you to join celebrity designer and TV host Chip Wade inside a model home, as he touches on some of the new products offered by Mohawk Flooring.

Here's a teaser showing a couple shots I recently took at the new Atlanta Falcons stadium, currently under construction. How cool will it be to later stand in the finished space and look into its shell. http://www.gnoggin.com/360/StadiumView/ 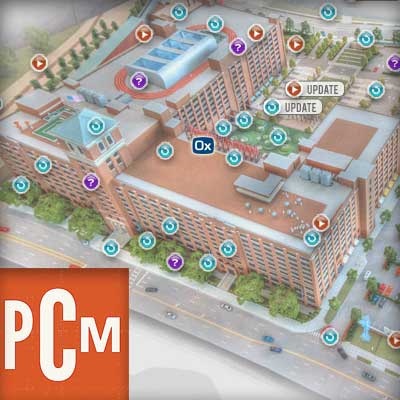 This tour we started a few years ago will soon become an amazing virtual journey through this historic project. You'll be able to stand back in time and watch the transformation build around you. http://explorepcm.com/tour.html

Curious about what’s been going on at PCM? This is your chance to hop the fence and take a peek. Explore the map and don’t forget to check back often, new content will be added regularly.

Be the first to know and let us send you an email when Gnoggin Studios posts news and promotions. Your email address will not be used for any other purpose, and you can unsubscribe at any time.

Send a message to Gnoggin Studios: 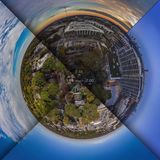 Other Media Agencies in Atlanta

Heyyy Gnoggin, awesome to meet you today at the Grand Opening of (future-speak) 'The Gandhi Kroger!'
360/VR Greenscreen + +
Thanks Gnoggin Studios
x

Other Media Agencies in Atlanta (show all)