The turn-key, multimedia solution that puts your brand in front of your target market. Powered by Salem Surround.

The Real Estate 360 Show #fromhome. Check it out!

This is "Real Estate 360 Show Episode 53" by StudioPLUS | Salem Surround on Vimeo, the home for high quality videos and the people who love them.

Don't miss the Good Works Show Sunday on AM 920 The Answer!

THE most important relationship in our life means we should be spending time Him daily. We should seek Him above all and make time for Him in our devotional ...

New broadcast of the #RealEstate360Show this Sunday on 920 The Answer!

We miss being in the studio with these guys... but that doesn't mean you have to miss GREAT #realestate advice on The Real Estate 360 Show every Sunday on 920 The Answer.

You can still get #RealEstate advise while staying home... listen to the Real Estate 360 Show - Sundays on AM 920 The Answer!

This is "Real Estate 360 Show Episode 45" by StudioPLUS | Salem Surround on Vimeo, the home for high quality videos and the people who love them.

#ICYMI here is the latest broadcast of Ladies Who Love Christ Ministries! Don't miss this ray of sunshine, aka your host Ashley Poptodorova, each Saturday on FaithTalk Atlanta.

Tune in this week to the Good Works Show!

Today we’d like to introduce you to Jason O. Myles. Jason, before we jump into specific questions about the business, why don’t you give us some details about you and your story. I began investing in real estate in 2001 with no money and no credit as a wholesaler, finding undervalued properties ...

A little teaser from last week's broadcast of Ladies Who Love Christ Ministries. Tune into FaithTalk Atlanta every Saturday for a new release!

Hang out with Jason and Steve this weekend on #TheRealEstate360Show on 920 The Answer.

Happy Saturday! Here's a little snippet of todays episode of Ladies Who Love Christ Ministries... don't forget to tune in today at 2 pm!

It's #TheBestOf The Good Works Show!

Fill your day with encouragement and postitivity. Don't miss a BRAND NEW episode of Ladies Who Love Christ Ministries TODAY on FaithTalk Atlanta!

The State of Georgia has a new COVID-19 hotline.

State government websites often end in .gov. Before sharing sensitive information, make sure you’re on a state website. Still not sure? Call 1-800-GEORGIA to verify that a website is an official website of the State of Georgia.

The Good Works Show - every Sunday on The Answer. #920theanswer

Check out the video below for some important event information!

Ever heard of bio-hacking? Us neither, but we learned all about it with Dr. Matt DiDuro this week on Free My Pain Now! #StudioPLUS #Atlanta #Chiro #Biohacking

Teaching our future leaders to be strong and resilient.

Writing something down makes it 30% more likely for it to occur... who knew 🤔

Be the first to know and let us send you an email when Studio Plus Atlanta posts news and promotions. Your email address will not be used for any other purpose, and you can unsubscribe at any time. 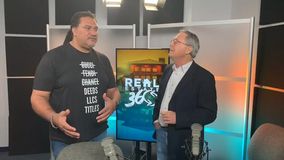 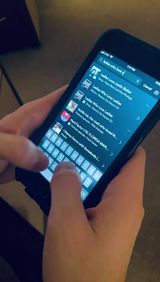 StudioPLUS is the turn-key, multimedia solution that puts your brand in front of your target market. Powered by Salem Surround.