Hello and greetings filmmakers! We do hope you all, family and friends are well at this time. We thank you for your patience and understanding during these unprecedented times.

Congratulations to Philadelphia Filmmaker Cheryl Hess who’s Documentary ESPERANZA is screening at the upcoming Atlanta Docufest!
ESPERANZA which was filmed on 16mm Color Negative Film and processed at Kodak Film Lab Atlanta using a 16mm Arri SR with a Zeiss 11-110 lens! We are proud of your recognition and accomplishment Cheryl! Well done!

We conclude Educational Tuesday with our description of the various 35mm Film and 16mm Formats.
An educated filmmaker is a comfortable filmmaker with celluloid!
If you need assistance please contact us at Kodak Film Lab Atlanta !

Appreciate filmmaker Tobi Owolabi, who is new to the Atlanta, Ga. filmmaking scene, for stopping by to tour Kodak Film Lab Atlanta. Good luck Tobi in pursuing your cinematography goal!

Good luck and be well to the crew of the indie short HOW TO MAKE A GHOST which begins filming this weekend.
Pictured: 2nd AC/Loader Lia Guzman as she preps at Kodak Film Lab Atlanta.

Thank you to our Moderator today Linda Burns and filmmakers Camilo Diaz, Crystal Jin Kim and Giovanni Tortorici discussing this afternoon the experiences of working with celluloid during the recent 1 x 100ft of 16mm Contest!
Special thanks to the Atlanta Film Festival & Staff for hosting at the historic Plaza Theatre!

Cinematography has and always will be vital in communicating visually the story of moving images!

“To some degree, it’s not moviemaking for me,” he added of some of the CG techniques used in ‘Ready Player One.’

A thank you to Georgia State University Film Student Josh Cleveland for choosing celluloid and dropping off your film at Kodak Film Lab Atlanta this afternoon!

Well done filmmakers who screened their work at the opening of the 2022 Atlanta Film Festival this evening within the historic Plaza Theatre!
1 x 100ft 16mm Film Contest Screening was made possible by The Atlanta Film Society, Kodak and Kodak Film Lab Atlanta and of course the filmmakers who took up the challenge to tell their story on one roll of 16mm x 100ft!

Behind the scene photos from ONE INCH LEATHER which just completed principle .

This Thursday, April 21st to kick off the 2022 Atlanta Film Festival our 3rd Annual 16mm x 100ft Films will be screened!
Thank you Atlanta Film Society!

Theater Screening View all events tagged "Theater Screening"
Atlanta Film Society (ATLFS) and Kodak present the 100 Feet of Film Project. This project provides a team of filmmakers with the opportunity to maximize their creativity while minimizing the ability to reshoot. Through this project, filmmakers have learned to effectively and efficiently shoot on a limited reel of film stock and in the process must focus on the fundamentals of filmmaking.

Join us at the Plaza Theatre on April 21 as we celebrate another edition of this project and screen the completed films. Two prizes will be awarded following this screening, one Jury Award and one Audience Award.

Full lineup of films and Jury members to be announced soon!

Kodak Film Lab Atlanta located right here in Atlanta, Georgia. Offering 16mm & 35mm Color Negative Processing & up to 4k Scans as well as Dailies so you can tell your stories of moving images with celluloid!

2022 Awards We have a handful of wonderful awards this year! 1. Our Jurors (Erma Fiend & Portia Cobb) will select 3 Jury Awards 2. After the success of our Audience Award in the Fall, we’ll be doing it again this year! 3. Kodak is donating film stock for the Kodak Filmmaker Award! The jury will se...

Is 16mm or 35mm being considered or chosen to capture moving images for Independent Films?
Yes and these are just a few films that selected celluloid to visually communicate their respective story’s!

The Little Prince: Footage Unearthed Of Superstar At Age 11

A Wonderful Story, how a film element was rediscovered and showcased a music legend at a very young age.

If serendipity was a story, then you're about to watch one of the most fortunate strokes of luck ever at WCCO. A mysterious gem - unearthed on accident - giv...

We very much appreciate student filmmakers from SCAD/ Savannah: Kyle, Caelum and Haley for choosing Kodak and KFLA. Thank you for providing these snapshots from the set!
Well done!

Artemis I prepares for its final test ahead of launch

And 16mm & 35mm Kodak Motion Picture Film with Processing & Scanning through Kodak Film Lab Atlanta will be a part of this test!

The Artemis I rocket stack, including NASA's mega SLS rocket and Orion spacecraft, will begin its most crucial test on Friday. This test, known as the wet dress rehearsal, is expected to last through Sunday. The results of the test will determine when Artemis I launches.

Thank you Giovanni for sharing your BTS Photos from your recent Short Film!
We appreciate your work!

Story’s of moving images that chose film:
But….. just a few!

Today marks the 4 year anniversary of KFLA’s Saturday Morning monthly Programs which were all held within KFLA!
Top Photo is from the latest program in March of 2022 and the bottom Photo is from our very 1st Program back in March 2018!
Roll Film and thank you all!

CLR: Did you consider shooting digitally, or did you want that intentionality from the beginning?

Rayka Zehtabchi: I mean, we would go back and forth about it because it’s pretty scary shooting on 16mm film. I mean, it’s expensive and you don’t get to shoot everything. And I think that was definitely a question from the get-go, like, “Is this going to actually hinder us? Is this actually going to disrupt the process?” And really, it didn’t disrupt the process. It just became a necessity for us to rewire our filmmaking brains when we were there and just learn a new workflow. And once we got into the flow, it went hand in hand with this idea of being intentional.
And at least for me personally, this film, this whole process and journey has taught me a new way of looking at filmmaking, a more responsible, more collaborative way of filmmaking that I hope to replicate in the future on other projects. And I think when you give yourself limitations, creatively, I’ve noticed that it only helps. I really do think it might complicate the process a little bit more, but I think it really did help result in a more beautiful, thoughtful, intimate, and intentional film.
https://filmfestivaltoday.com/interviews/sxsw-2022-is-back-interview-with-long-line-of-ladies-directors-rayka-zehtabchi-and-shaandiin-tome

Be the first to know and let us send you an email when Kodak Film Lab Atlanta posts news and promotions. Your email address will not be used for any other purpose, and you can unsubscribe at any time. 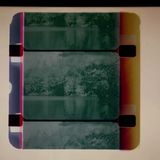 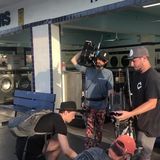 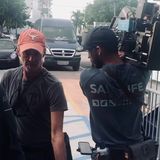 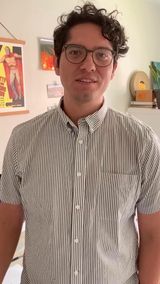 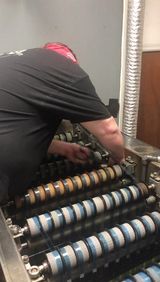 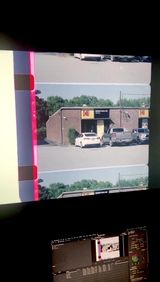 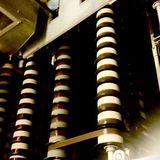 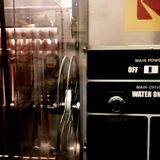 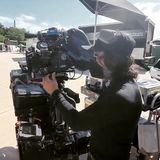 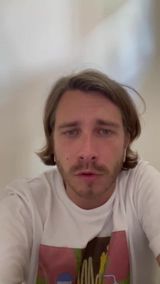 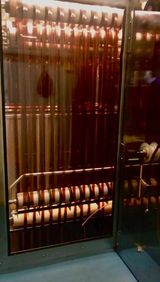 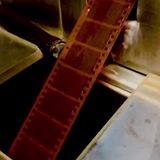 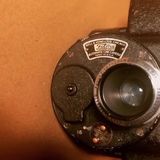 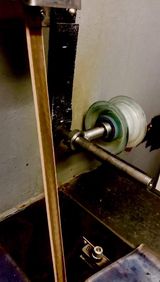 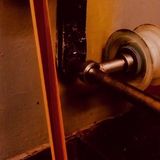 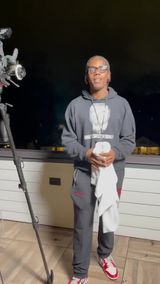 Director Jacob Piller and Director of Cinematography Simran Modhera discuss WHY FILM? prior to filming with Kodak 16mm and using Kodak Film Lab Atlanta for processing and scanning!

"Auld Lang Syne" Thank you to past, present & future friends! Always remember! Happy New Year ! Keep the Faith! Thanks Sam for your help!

Can anyone make a recommendation on where I can get a service and repair for my motion picture film cameras in Atlanta? I have a Keystone A-7 and a Bolex, both 16mm
DAY ONE HIGHLIGHTS FROM #ATLFF'22 -- Here are a few photos from last night's 100 Feet of Film Project. Brought to you by Kodak Film Lab Atlanta Photo credit: Francesca Lowe #empoweringourfilmcommunity
We've got a special Kodak Award again this year! Free film stock to someone who used film in their film this year. Jury gets to choose the winner! THANKS Kodak Motion Picture Film and Kodak Film Lab Atlanta!!
From a MLB feature film. Director driven and punk rock.
Are there any users of the Ikonoskop 16mm here?
This Sunday at 7pm (10/3), we're happy to present a new film in glorious 35MM!! Filmed in 16mm, processed and scanned at Kodak Film Lab Atlanta, then printed onto 35mm Kodak Print Film, the new depression era gangster thriller is not one to be missed on the big screen in, WHELM!! Thanks to our friends over at Kodak, the first 35 people in, get a free popcorn! . . Amid the Great Depression, two Midwest brothers get tangled in a rivalry between a legendary bank robber and an eccentric young criminal. . . . #Atlanta #PlazaTheatre #PlazaAtlanta #Whelm #35mm #filmprojection
Would Kodak Atlanta ever consider supporting super 8? (It would be nice:)
The Sleeping Negro Tomorrow, April 25th at 8:30 PM Confronted with a series of racially charged incidents, a young black man must overcome rage, alienation, and hopelessness in order to find his own humanity. This screening is made possible by Kodak Film Lab Atlanta. http://ow.ly/6srE50Ekizf
Filmmaking is an art that takes a lot of time and patience to master. This film lab is a great example of professionalism and experience. I personally have learned so much just by observing the filmmaking process and watching award-winning films and the techniques used. I saw a film a few weeks ago called Ruby in Paradise, and the bold uniqueness of the film and cinematography really inspired me. I’d really recommend watching the film on Amazon Prime or Vudu, or at least watching the trailer. I’ll link it for you!
Is the motion picture film Kodak Vision3 an addition for us photographers? This question was the subject of the 5th SGC Firesidechat last Saturday. With: - Antonio Rasura, Kodak, Director of Motion Picture Services - Thomas Bergmann, Silver Salt35 - Michael Boxrucker, cinematographer and instructor for Kodak - Peter Fries, Managing Director OMNIMAGO, Motion Picture Scanning and Restoration - & Special Guest, Bellamy Hunt, the "Japan Camera Hunter"
I am finalizing editing on a 35 minute Short Dramatic Film which I shot completely on Kodak Motion Picture Film and it was developed and transferred in Atlanta. My daughter TARA LYNN MARCELLE wrote the screenplay, directed and cast the film. I was the Directir if Photography and Editor. A TRAILER is featured below.... Watch Bennie Preview
Me shooting 35mm Motion Picture Film while photographed on 35mm Motion Picture film that is covered in remjet streaks. Camera: Minolta 140EZ Panorama Negative Format: Kodak Vision 3 500T 35mm Motion Picture Film. Location: Port Orange, Florida Processing: E-6 Cross-Processed Event: Celluloid Bootcamp FilmGate Miami sponsored by Kodak Film Lab Atlanta #kodak #ishootkodakfilm #shotonfilm #ishootfilm #kodakvision3500t #35mmfilm #35mmfilmphotography #35mmphoto #photocinematica #photofilmy #dreamermagazine #filmisnotdead #floridaphotography #floridaphotographer #cinebible #afilmcosmos #analog #crossprocessed #filmmaking #homedevelopedfilm #shootfilmmag @filmgate_interactive #kodakfilmlabatlanta @ Miami, Florida