In an industry where it’s all about WHO and WHAT you know, two of the most difficult questions for talent to answer are “Where do I go to learn?” and “Who can I trust to guide me?” At Catapult, our goal is to become the Southeast’s go-to answer for both of those questions. From LA Pro Workshops to Private Industry Consultations, Catapult gives talent the tools, training, and know-how needed to launch themselves into the entertainment industry. www.catapultacting.com

FREE Parent Seminar: Disney Edition 🏰 You’re invited to our Virtual FREE Parent Seminar, hosted by Catapult coaches Jillian Batherson + Dexter Masland. Jillian and Dexter are talented instructors, working actors, and have both been on Disney shows! At this event, they'll show parents how to maximize the break from school to help their child grow as an actor (and have the most fun summer in the process). Register for free at the link in our bio.

Summer classes are LIVE ☀️ Take advantage of the extra time during the summer months to invest in yourself and your acting career!

We’re ready for another week full of classes and connection with our #teamcatapult coaches like @thebrazoban!

Throwback to when our coach @dknown was on @atlfw with Donald Glover. Danny has been in so many awesome projects and can teach you how to succeed in this industry, too! He’s got spots available in his Intro to TV + Film class for teens starting on 3/28 🎥 Sign up at the link in our bio.

A conversation 2 years in the making on the Wisdom of the Pandemic with @pamelapdunn on @yourinfinitelife. Be sure to check out 10 Minutes of Infinite Wisdom where you get your podcasts!

This one’s for the littles! Camp Imagine is a fun-filled, 5-day experience for aspiring actors ages 5 + 6. They’ll imagine, create, play and build new friendships all while working with Catapult coach @jillianbatherson.

We’re not letting this month end without showing some love to teens in the Atlanta area who are in foster care with @togetherwerise. Would you help us fill duffle bags with things any teen would want and need? Think blankets, toiletries, reusable water bottles, headphones - get creative! Just drop the items off the next time you’re at the studio 💛

Did you know that Halle Berry was the first Black woman to win the Oscar for Best Actress in 2002 for her performance in Monster’s Ball? #blackhistorymonth

Could you be on the next big Disney or Nick show? If love comedic acting, then you HAVE to learn from @johndaquinosaw at one of his upcoming workshops! He’ll be teaching three amazing workshop sessions on Saturday, March 12 and two master classes on Sunday, March 13. Make it happen!

This was such a fun conversation with @eriklingvall, @johndaquinosaw and @simonelockhart. How can we make the world a better place? Laughter has to be a part of the solution!

It’s honor to be in the same city where Black History is still being made in the TV + Film Industry! Not too far down the road from Catapult is Tyler Perry Studios, which had its grand opening in October 2019 making it the first Black owned major film production studio of that magnitude. At the opening of this 330-acre studio that was once a part of Fort McPherson, Perry said, “If I can build studios on this land that was once a confederate army base… We all get to stand here equally — black, white, whatever — this is the American dream.” #blackhistorymonth

Wisdom from our very own @diana_love_xo 💛

Happy Valentine’s Day, #catapultfamily! We’re showing some extra love to teens in our community by teaming up with @togetherwerise all month long. Help us fill some duffle bags full of things that local teens who are in foster care would love and need. Call, email or DM us to join in 💌

Swipe to learn more about who we’re showing some love to this February. Let us know if you or your family would want to sponsor one of these duffle bags for a teen in our community 💛 @togetherwerise

Our founder @eriklingvall will be going LIVE with @johndaquinosaw soon to talk about The Power of Laughter. Don’t miss this conversation!

Shoutout to #catapultfamily @simonelockhart who plays “Nellie” on Sweet Magnolias. It hit #1 on Netflix less than 24 hours after Season 2 was released! Way to go, Simone! Who else is binging Season 2?!

As you’re working on your self-tapes, keep this advice from our coach and resident casting expert @cliftonguterman in mind: Don’t forget those important moments before and after!

Have you heard about our new Dramatic and Comedic Reel Summer Camps?! Campers will leave with two scenes and an industry-grade reel 🎥☀️Don’t miss out on these *reely* fun weeks!

Love this! Re-posted from @kennedydream 💛 “Super excited and super focused this 2022.. back in acting class @catapultacting with my new teacher @jillianbatherson 👩🏻‍🏫🎬🎥✨can’t wait to learn some new skills from her.. she’s super funny like me 😂😂😍😬😋😜”

How we talk about Catapult students 💛 We love our coaches and they love their students. Nothin’ but love for #teamcatapult! Shoutout to #catapultfamily @madisonthompson who plays “Erin Pierce” on Ozark! Season 4 is officially out and is #1 on Netflix - we’re proud of you, Madison!

Calling all aspiring Disney + Nick actors! We are so excited to have @johndaquinosaw back again for another one of his signature workshop series! He’ll be at our studio the weekend of March 12+13 helping youth and teen actors level up their comedic acting. His workshops always fill quickly so be sure to claim a spot at the temporary link in our bio.

Shoutout to #catapultfamily @onwardwanna who plays “Ashtray” on HBO’s Euphoria. He was featured today on PopBuzz for being an incredible actor AND athlete. Swipe to read the first few paragraphs, and head to the link in our stories to read the full article.

What an honor to have had the legendary Sean Young (from Blade Runner, Ace Ventura, and lots more) in our studio this week for headshots! 📷: @caseynelson23

Let go. Own the moment. Connect. This is at the heart of what we teach at Catapult. We’re all about connection and we can’t wait to have our actors back in the studio for classes starting THIS WEEKEND 🙌

Many of our know our studio mascot Georgia, but do you know her buddy Craig, our Client Coordinator here at Catapult? These two (…okay, mostly Craig 😉) are hard at work making sure everyone ends up in the best class this session, which starts in a week! Make sure to get a spot at the link in our bio.⁣
⁣
P.S. Georgia says, “GO DAWGS!” 🐾

After a weekend of watching our Pilot Prep actors hone their skills and deliver amazing mock auditions, this quote felt right ⭐️

Shoutout to #catapultfamily @thomasparobek who plays “little Johnny” on Cobra Kai which is currently #1 on Netflix! Way to go, Thomas!

2022 Classes start NEXT weekend! We’re in our DMs all day today helping YOU find the right in-person or virtual option for your New Year! Send us a message so you can claim one of these last spots ⚠️

Happy New Year! Let’s make 2022 the best one yet for #teamcatapult 🎉

Be the first to know and let us send you an email when Catapult Acting posts news and promotions. Your email address will not be used for any other purpose, and you can unsubscribe at any time.

Send a message to Catapult Acting: 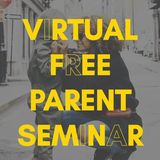 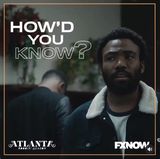 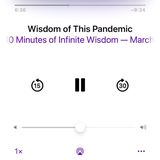 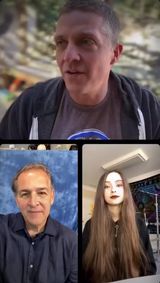 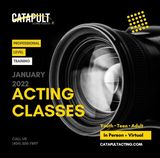 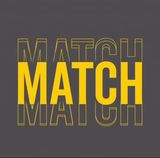 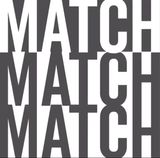 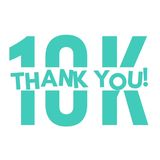 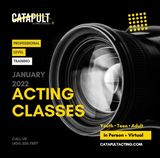 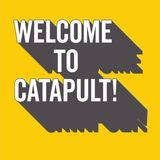 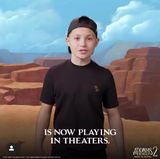 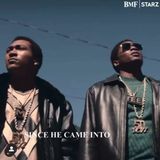 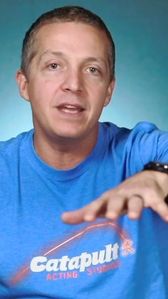 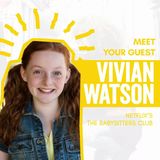 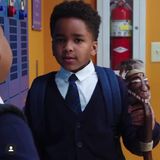 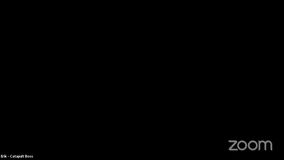 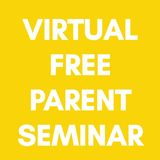 My child has learned so much, gained so much self-confidence and is learning how to love the acting process. Thank you to Julia and Erik and everybody at the school for being such a great place for children to not only learn how to not only act like someone else but how to be their true selves. ❤️
If your child has aspirations of acting greatness, would like to improve their acting skills, needs to shoot an audition tape, or anything else acting related there is ONE and ONLY ONE place to do all of that Catapult Acting. Erik Lingvall and all of his amazing instructors will not only help your child become a better actor, but also a better person.
Someone asked me where I found a bank to do a Coogan Acount and now I can't find the conversation. The only bank I could find was City National Bank in Buckhead. We did most of it over the phone, then I had to go sign in person, but my daughter didn't have to attend. But she did a job in North Carolina, the show's now cancelled, and I don't think she ever got that money deposited. It's another thing you really have to stay on top of. Georgia jobs have asked me for the account, but then just paid her in full. Every single job has been a completely different process! Erik's right, it's the wild wild west.
Coming to Catapult Acting Studio! Oct 20th & 21st.
"...What I know for sure is that speaking your truth is the most powerful tool we all have. And I'm especially proud and inspired by all the women who have felt strong enough and empowered enough to speak up and share their personal stories. Each of us in this room are celebrated because of the stories that we tell, and this year we became the story." One of our favorite excerpts from Oprah's speech last night at the #goldenglobes --- Telling other people's truth through the power of story telling is such a gift, but telling your own truth is an even bigger one. Don't stand for diminishing yourself, or letting others do it for you - and don't be afraid to wear your heart on your sleeve. Happy Monday from the Catapult family!
Thank you so much for hosting the CSA Inclusion and Diversity Open Call today. My daughter, Lily D Moore, was so nervous. However, you all made her feel super comfortable and she had a blast!
Thank you Julia Jones! Cruz’s Agent and Managers are VERY happy with the audition and the quality of the tape! YOU ROCK! 🙌🏻
So excited about the final 5 workshops of the year at Catapult!! ATL actors hope to see you there :)
Very professional Group!
DO YOU GUYS HOST CASTING CALLS? ARE YOU AVAILABLE ON THE Sat, October 14????
Hey, Catapult! Wanted to let you know: #bookedit 🎉 Finished filming yesterday, which makes my booking rate through your studio 💯 percent! 😎😉 Thanks for my #gueststar!