We do the idea. We do the video production. Whether it's storytelling, marketing or advertising, our

2 Years ago today. Was it fun, W2O Group?
https://www.youtube.com/watch?v=YIcH2yRDbIQ

So..how do you advertise without advertising? Some insight--> http://ow.ly/YnV9D

Here are some quick things to keep in mind when using video in advertising or tactical marketing. Even if you're not spending the big bucks.

Behind the Magic: The Visual Effects of Jurassic World

Behind the Magic: The Visual Effects of Jurassic World http://ow.ly/YnV9C

We are pleased to share a sample of the visual effects work created for Colin Trevorrow's 'Jurassic World.' ILM has a long and storied history with...

Pixar pays tribute to cinema. Music: Thomas Newman and Michael Giacchino Note: I don't have include A Bugs's Life because it is a special case.…

How to Create a Compelling Recruiting Video - UPG Video

Video has become one of the best ways to communicate a company’s culture, especially in a talent recruiting context. Doing it well can yield great...

Before breaking out the camera or hiring a pro, it's important to first look at what you want your corporate video to accomplish and how.

One man's story of connection with the Appalachian Trail, by http://ow.ly/YnV9y

Many people look to the outdoors to find peace of mind. For Paul Stiffler, better known as Ponytail Paul, the Appalachian Trail and its thru-hikers...

Put Your Video Where it Can Win - UPG Video

Put Your Video Where It Can Win http://ow.ly/YnV9v

Videos are great, but a video strategy is better. Too often, video content is thrown into an existing marketing program like it’s the exact same as...

Lee Clow: What Is Creativity? - AdAge

If Lee Clow had to point to the one thing that he was proudest of in a long and legendary career in advertising, it would be the http://ow.ly/YnV9w

Viral Video: An Attitude, Not A Goal - UPG Video

Viral Video: An Attitude, Not a Goal http://ow.ly/Y5crA

Once brands got involved, countless fortunes were spent trying to make the next viral video. But that "viral return" never came.

Today's customers are naturally suspicious. One effective way to overcome this suspicion is through a customer testimonial video.

How do you even begin to create a video that captures what seems at times -- for lack of better terms -- so boring or robotic? Video storytelling...

Behind the Magic: The Visual Effects of Jurassic World

Behind the Magic: The Visual Effects of Jurassic World http://ow.ly/Y5crv

We are pleased to share a sample of the visual effects work created for Colin Trevorrow's 'Jurassic World.' ILM has a long and storied history with...

5 Stories Every Company Should Tell Thru Video Production - UPG Video

5 Stories Every Company Should Tell Thru Video Production http://ow.ly/Y5crs

Storytelling is a common and effective tactic. And we believe that there are certain stories that every company should tell, in some form or another.

These are the video marketing tactics that your competitors are using in the 21st Century.

Once again, the anticipation around ads in the Super Bowl rivals that of the game itself—and brands are looking to capitalize on that excitement by...

Your Video is Your First Impression - UPG Video

Your video is your first impression http://ow.ly/XO0Lh

More and more brands are making their “first impression” using video on the web. New companies, startups or kickstarters should take notice. Stakes...

Why Story Matters (and How to Tell Yours) - UPG Video

Why storytelling matters... and how to tell yours this year: http://ow.ly/XO0Lf

As a B2B or B2C, your target market wants to connect with an idea, a character, a journey. Whether it's video marketing, blog content or...

The VFX Breakdown Behind the World of Star Wars: The Force Awakens http://ow.ly/XO0Lg

Super Bowl Ad Tracker: Everything We Know About 2016's Commercials

Welcome to Adweek's Super Bowl Ad Tracker for 2016, an up-to-date list of the brands running Super Bowl spots and the agencies involved in creating...

Your Brand Isn’t the Hero http://ow.ly/XO0Ld

Content is a conversation, and a gifted conversationalist knows to spend as much time listening as talking. Your brand should be smart enough to...

If you can't tell a compelling story of your technology, you're missing out on a chance to create demand. This article sheds light on fact and...

Your marketing video will act as an ambassador for your business, helping prospective customers who are on the fence… hop to your side.

"YouTube has been figured out. Marketers have RUINED it." --> @ garyvee http://ow.ly/XO0L8

It's been a long time in the making.. 2-3 years of shooting, countless miles traveled, tens of thousands of images processed and days of editing...

Be the first to know and let us send you an email when UPG Video posts news and promotions. Your email address will not be used for any other purpose, and you can unsubscribe at any time.

"There's always going to be fear with making art. Hang on and don't give up 5 minutes before the miracle happens." --> from the latest in UPG's The HandCrafters Series. #AustinArt #GlassArt

"This whole job is sculpting. Trying to be God...making trees." --> From the latest in UPG's Handcrafter Series. #AustinHandcrafter

This was a bit of a side project from our Dance Party Booth at W2O Group's #GeekaCue.

The Guitar Repairman - A Portrait of Austin Icon, Mark Erlewine

An Austin Icon, Mark Erlewine has been creating and repairing guitars for Texas legends since 1974. He was kind enough to let UPG tell a small part of his story. Enjoy. #SXSW2015

"When was the last time you watched a corporate video that didn't suck?" We asked a bunch of peeps, here are their funny responses. #InnotechAustin

We did another one. You'll laugh. Enjoy.

All video marketing should be this cool. Legos bashed at 1500 frames per second. www.UPGVideo.com 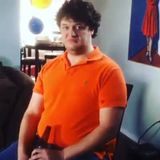 Kimmi bashes a server rack. Another behind the scenes look from this week's shoot.

UPG behind the scenes - NextIO Shoot

Entertaining Behind the Scenes Footage from this week's shoot. Worth the watch.

What makes it great? PART 2

Part 2 of our quick interviews with more than a dozen Austin nonprofit heroes. If you know someone in this video... TAG 'EM!! www.UPGVideo.com

What makes it so great? PART 1

What makes the Austin Nonprofit Community so great? We asked more than a dozen nonprofit heroes. (part 1 of 2) If you know anyone in this video... TAG 'EM!! www.UPGVideo.com

Other Broadcasting & media production in Austin

Other Broadcasting & media production in Austin (show all)