For those who enjoy reading comments of news stories and get a kick out of all the ignorance that's Do you feel like you get more out of a story simply by reading the comments from readers?

If yes, then this is the place for you :-) The banter between folks can be very entertaining....

Sen. Schumer should debate Tucker, but those days are over.

Biden LAUGHS as His Staffers SCREAM at Reporters to Leave

If you have to READ every freaking talking point, you're a loser...

Alex Martinez (executive of Twitter) is not a good human
https://rumble.com/v156yt2-elon-musk-called-out-a-twitter-executive-who-was-caught-mocking-the-billion.html

The Left's Summer of Rage Is Here

These are some sick puppies.

Anyone check their 401k lately? Is this what Biden means BUILD BACK BETTER?

Two years to the day!

Not True. A total LIE. 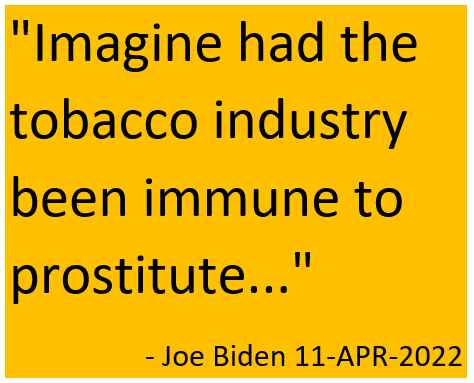 Get the latest BPR news delivered free to your inbox daily. SIGN UP HERE

Federal prosecutors have successfully proven guilty the workings of a wind energy company responsible for killing at least 150 eagles with its wind turbines over the last decade.

NextEra Energy subsidiary ESI Energy pleaded guilty to the charges and was ordered to pay $8 million in fines and sentenced to five years’ probation at the conclusion of the case in a Cheyenne, Wyoming court.

The criminal case centered around the deaths of nine eagles at three of its wind farms in Wyoming and New Mexico, but further violations of the Migratory Bird Treaty Act were also acknowledged by the company.

Golden and bald eagles have been killed when flying into the massive blades of the towering wind turbines at 50 separate wind farms in the eight states of Wyoming, California, New Mexico, North Dakota, Colorado, Michigan, Arizona and Illinois over the last ten years, prosecutors determined.

It is believed by officials the number of eagle deaths exceeds that of 150 as many carcasses are never recovered and thus undocumented.

Wind energy is arguably a wholly inefficient means of generating electricity, but the Biden administration is blindly pushing for more so-called “clean” energy sources even amid the latest discovery of bird killings. Bald eagles were only recently delisted from protection under the Endangered Species Act in 2007. It is estimated more than 300,000 bald eagles now occupy the U.S., not including Alaska, according to the Associated Press.

Golden eagles, on the other hand, are only around 31,800 in number in the Western U.S., yet they account for 60 percent of the human-caused deaths among all eagles. Approximately 2,200 are killed each year, according to recent findings from the U.S. Fish and Wildlife Service.

Nevertheless, President Biden’s plan is to deploy 30 gigawatts of offshore wind energy by 2030, according to the AP.

Interior Secretary Deb Haaland said plans are in place to sell offshore leases by 2025, ostensibly to the highest bidders. The administration claims the offshore wind farms would eliminate 78 million metric tons of carbon-dioxide emissions and create more than 77,000 jobs.

“The Interior Department is laying out an ambitious road map as we advance the administration’s plans to confront climate change, create good-paying jobs and accelerate the nation’s transition to a cleaner energy future,” Haaland said. “We have big goals to achieve a clean energy economy and Interior is meeting the moment.”

Meanwhile, ESI Energy was alleged to have ignored warnings from wildlife officials as well as advice on how to minimize bird deaths, nor did they seek permits to account for the inevitable bird fatalities that would occur.

“For more than a decade, ESI has violated [wildlife] laws, taking eagles without obtaining or even seeking the necessary permit,” Assistant Attorney General Todd Kim of the Justice Department’s Environment and Natural Resources Division said in a statement.

The wind energy company has agreed to spend up to $27 million during its five-year probation to mitigate future eagle deaths, which includes shutting down turbines when migratory habits necessitate more eagle activity around the turbine arrays.

NextEra President Rebecca Kujawa said that collisions with turbines are unavoidable accidents for birds, and wind energy companies should not be criminally punished by the government when it occurs.

“We disagree with the government’s underlying enforcement activity,” Kujawa said in a statement. “Building any structure, driving any vehicle, or flying any airplane carries with it a possibility that accidental eagle and other bird collisions may occur.”

Eagles have not been the only species affected by wind turbines. In 2018, the Trump administration investigated the decimation of the endangered long-nosed bat. In its first year of operation, the Red Horse Wind 2 project in Arizona killed an estimated 2,606 of the bat population.

Additionally, the hoary bat species is declining as a result of collisions with wind turbines.

As reported at the time, the endangered hoary bat population could decline by 90 percent in the next 50 years as more wind turbines are built, according to a study conducted in 2017 by the University of California. The study’s results suggest building wind turbines poses a substantial threat to migratory bats in North America.

Hoary bats were listed under the Endangered Species Act in 1970, and are Hawaii’s only native land mammal. Population estimates of the bats for all islands range from a few hundred to a few thousand, according to the U.S. Fish and Wildlife Service. The FWS and the U.S. Forest Service supported the research.

It costs billions these days to bring back Democracy.

Just out that the 2016 Clinton Campaign and the DNC paid the FEC today for violating the law by failing to disclose that ...

Be the first to know and let us send you an email when Reading Comments of News Stories posts news and promotions. Your email address will not be used for any other purpose, and you can unsubscribe at any time.

Do you feel as if you learn more of a story, article or opinion piece simply by reading the comments from their readers? If yes, then this is the place for you :-) The lively banter between folks can be more than entertaining....

Other News & Media Websites in Beverly Hills (show all)