Torn between two careers, Bill has been a publisher for 35 years and author of 10 books, two are Best-Sellers. He has also been a Beverly Hills Realtor for 26 years.

Our mission at GM Books is to provide a secure and supportive environment for either first-time or experienced authors who wish to see their manuscripts come to fruition rapidly and without the traditional delays or worse, abandonment of a property by a major publisher.

If your medical insurance increased dramatically ... if you don't understand why your insurance company mistreats or abuses you... and you have not read this book, you only have yourself to blame...

IN 1990 BEFORE THE WAR IN THE BALKANS AND THE NATO (U.S.) BOMBING OF SERBIA FOR 78 DAYS THAT DID $100 BILLION IN INFRASTRUCTURE DAMAGE...The Serbian Dinar was 97 to $1.00 U.S. Dollar...in 1994 the Serbs printed this $500 BILLION DINAR NOTE...it was not worth the paper it was written on and could not buy a loaf of bread...This currency was brought to me by journalist Peter Brock on the night I was the Master of Ceremonies for the Kosovo Charity Fund banquet at the Beverly Wilshire Hotel in Beverly Hills. Peter was one of our guest speakers, he was an American journalist in the Balkans the first two years of that ugly Civil War. I published his book, Media Cleansing: Dirty Reporting...www.gmbooks.com

THIS IS THE DEPTH OF FINANCIAL MANIPULATION THAT THE CLINTON ADMINISTRATION USED TO DESTROY A SOVEREIGN NATION that did not attack another NATO country or violate NATO Article #5 IN ANY WAY...If the United States is willing to resort to this level of contempt for human life and was willing to deny Serbia food and medicine as a weapon of war—while secretly arming Serbia's enemies—resorted to daily bombings of Na**lm on the Vietnamese killing tens of thousands—put Japanese-Americans in American internment camps; dropped atomic bombs on Japan, then we need to STOP pretending the United States of America has a moral compass.

In 1999, the U.S. and NATO dropped more bombs on Serbia in 78 days than were dropped on all of Yugoslavia in 4 years of WWII. Our military emptied out 60 years of weapons storage and even resorted to using experimental weapons on the Serbian people. The corporate stock of those American weapons builders sky-rocketed...SO, STOP PI***NG ON SERBIA's LEG AND CONVINCING THEM ITS RAINING...THIS WAS ALL ABOUT MONEY AND POWER...THE United States HAS LOW OR NO MORALS WHEN WE STOOP TO THESE INHUMAN TACTICS...In January, 1961, President Eisenhower was right when he warned the nation about the "Military Industrial Complex." 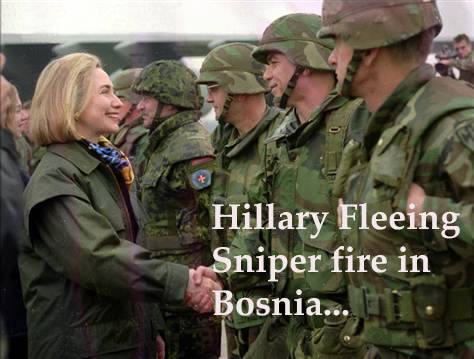 In our book— Serbia: Faces & Places by my co author Val Rajic, I was privileged to have been given exclusive access to photograph the interior of the St. Sava Cathedral in Belgrade that was under construction in 2012 when Val and I wrote and published this book. Val just sent me this current image of the major dome in the Cathedral, an impressive construction accomplishment. The Serbian people will one day be very proud of this construction that took over 100 years to complete and a Cathedral site that suffered through two World Wars and the $100 Billion in bombing destruction of Yugoslavia in 1999 by the USA and NATO. The Cathedral of St. Sava is one of the largest Orthodox churches in the Balkans and ranks among the largest church buildings in the world.

For your copy of Faces & Places see: www.gmbooks.com
See inside the book: www.serbiafacesandplaces.com

ABOUT THE BOOK: Dr. Michael J. Young, a practicing physician for 3 decades sheds light on the current debacle of the medical health delivery system in America. His powerful book is an important message and honest look behind and around the process of health care delivery, from the perspective of both patient and provider.

The book examines and reviews how one experiences medical treatment from both sides of the table. The significant obstacles patients endure, as well as the exasperation many of the truly dedicated medical professionals feel, has been assessed. The controlling arrogance of the insurance industry and the clout pharmaceutical companies have over us have just become overwhelming. Dr. Young recalls a time in his 30-year medical practice when these industries worked with, and for, us. Today, they appear to be the opposition. Patients have essentially no control and doctors have lost the ability to direct their own profession. Profit-driven corporations dictate how our care is now governed. This is an undeniable problem. We are all frustrated with how we are so restricted, so vulnerable as we struggle to navigate through our health care system. Most painful is how we are treated by the medical system itself. Absent today is the sense of concern and empathy we used to associate with the medical profession. We yearn to be treated with compassion; to have trust and confidence in those engaged in taking care of us. Unfortunately, medicine has become a mechanism of profit. It has become a business whose own bureaucratic tendencies have spread like a powerful, aggressive disease.

ABOUT THE AUTHOR: Dr. Michael J. Young is a graduate of Indiana University, where he graduated Phi Beta Kappa with an undergraduate degree in Biology. He then matriculated to Rush Medical College for his medical degree, and subsequently to Loyola University Medical Center, to complete his residency in Urology. Dr. Young was certified by the American Board of Urology, and went into private practice upon completion of his training. He was the Section Chairman of Urology at two Chicago area medical centers, as well as the Residency Program Director at these institutions for The Department of Urology, University of Illinois at Chicago. Upon retiring from clinical practice, Dr. Young retained his Clinical Assistant Professorship in the Department of Urology at the University of Illinois. Currently, he is involved in the innovation and development of surgical and medical devices and instrumentation at the university. Dr. Young is an avid photographer, traveler, and golfer.

Gary Geiecki (pronounced Gee-ecki) is a skilled assassin. He's been an unofficial CIA killer for the past twenty years and has decided to retire. There is no such thing as a truly perfect assassin and Gary was no exception. He was, however, very good. Gary left a wide trail of bodies behind him, over his long and productive career. Riddled with childhood insecurities and social awkwardness Gary desperately tries to move forward with his life after retirement. He quickly finds it is far easier to kill someone else than it is to kill the ghosts of the past. Gary soon learns that what is in the past doesn't always stay there. His greatest enemy... a man thought long dead... is back and seeking vengeance. Gary must now fight for not only his life, but everyone he holds dear and finally put this last ghost to rest. Gary will learn that the old saying You can't go home again isn't exactly true. You can go home again, but you shouldn't.

Jonathan Latt was born in Los Angeles, has traveled the world, and lived in Asia (mainly Tokyo) for a year and a half. He has written for film, television and video games and is a script doctor and consultant in those genres. He is convinced that: If you think there is something scary in your closet or under your bed, there probably is, so don't go to sleep, or it will get you. If you put a monkey or a robot in a movie it instantly gets better. If you put a monkey that is a robot in a movie that will probably be the best movie of all time. "Violence is never the answer" is said by people who don't understand the question. Jonathan resides in the San Fernando Valley surrounded by his vast collection of books ranging from everything to the occult, UFOs and espionage, as well as his noteworthy collection of comic books.

Be the first to know and let us send you an email when GM Books posts news and promotions. Your email address will not be used for any other purpose, and you can unsubscribe at any time.

Send a message to GM Books:

Other Publishers in Beverly Hills