RelishMIX: RelishMIX analyzes activity across all major social platforms, tells you exactly how well you are tracking and exactly how to improve

Summertime, and the living’s easy — but knowing when your favorite shows return might not be. As the country and the entertainment industry gradually start to recover from the Covid-19 …

Relish updated their information in their About section.

Relish updated their information in their About section. 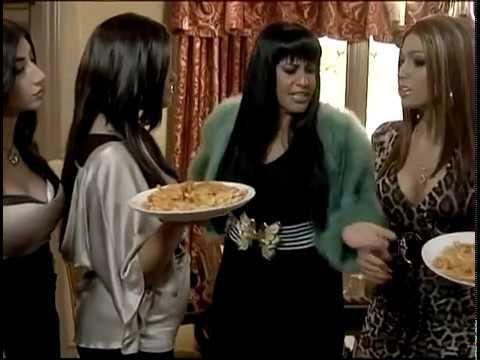 Please rate, comment and SHARE this video, tell everyone, EVERYONE! Tune in to Vh1 this Sunday after Mob Wives! http://www.facebook.com/VH1StevieTV More ...

Online Giants to Put on Their Own Upfront Presentations

RELISH THIS: Fallen 'Idol' American Idol tumbled 27% from its year-ago premiere, posting a 7.2 rating with adults 18-49 on Wednesday.
Why This Matters: After 10 seasons, the show is beginning to show signs of wear and tear. Despite Wednesday's tumble, Idol continues to be the highest-rated program on TV. ABC's block of programming was off across the board, as was CBS' slate of programming. But Idol managed to crush NBC's comedy lineup. Whitney, Harry's Law and Law & Order: SVU all hit a series low, while the sophomore outing of Are You There, Chelsea? was off 22% from the previous week.

Deal Would Lead Letterman to a Late-Night Milestone

David Letterman is said to be near a deal to extend his contract and, in the process, pass his idol, Johnny Carson, as the longest-running late-night star in television history.

Technology has given us an unprecedented window into the human body. But on a day-to-day basis, we're still in the dark about our own health. Scanadu is chan...

Netflix Shares Soaring On Report Of Sale Talks With Verizon

RELISH LIKES: Everything is changing! http://www.deadline.com/2011/12/netflix-shares-soaring-on-report-of-possible-sale-to-verizon/

The video rental company’s shares have spiked 6.8% in midday trading — an eyepopping standout on a day when the market’s down about 2%. The reason: Web site DealReporter says that Verizon is considering buying Netflix to get into the video streaming business. There’s just enough going on to make thi... 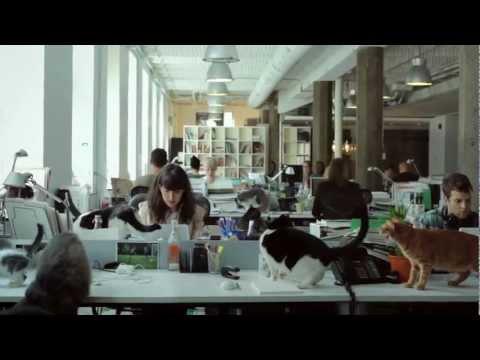 To stay on top of the ever-changing advertising landscape, john st. has opened the world's first cat video division. With production, filming and seeding all...

RELISH THIS: NETFLIX LANDS ARRESTED DEVELOPMENT: Looks like there was more hidden in the banana stand after all: Starting in 2013, subscribers will have access to a brand new season of the beloved, yet short-lived, series Arrested Development. The show has been off the air for five years now, but 20th Century Fox and Imagine Television will resuscitate it, producing new episodes exclusively for Netflix customers. The deal is a major boost for the media streaming company, which has struggled to overcome a botched site rollout and controversial rate hikes. This October, Netflix anticipated losing about 800,000 customers in the third quarter of 2011. But the company may have to recalculate because Arrested Development's fan base is formidable.

Smaller Than Your Living Room: 7 Of The World's Best Nano Houses | Co. Design

The point here is to get as much solar energy and provide as much living space in a compact, thermally efficient, and low-cost structure. According to the team, it's a "paraboloid section positioned for suitable solar tracking and deformed in appropriate steps aimed towards an optimal orientation fo...

RELISH THIS: Flash is dead! - - - Adobe officially confirmed in a blog post that it would no longer be developing Flash for mobile devices. Once the Flash Player 11.1 for the Android and BlackBerry PlayBook has been released, the company will no longer create updates that coincide with new mobile configurations such as a new version of an operating system. Instead, the software company will focus its PC web browser business on tools that allow Flash developers to package mobile apps with Adobe's AIR Platform. According to AllThingsD, this is a huge blow for Google and Research In Motion, as both companies have frequently held up Flash-compatibility as a major point of differentiation between their products and Apple's mobile devices. On the other hand, AllThingsD also points out that Adobe's decision to discontinue Flash will be good news for companies that provide alternative ways to deliver Flash content on to mobile devices.

Photos Of The New Electric Delorean: Back To The Future Of Cars

Twitter and TV Get Close to Help Each Other Grow

Next week, viewers of “The X-Factor” can vote for a singer via Twitter in a partnership intended to strengthen the symbiotic relationship between television and the Web site.

A conversation with Siri on the iPhone 4S

The Concourse Exhibition Center at San Francisco Design Center is located downtown, just off the intersection of 80 and 101. Register early. Our capacity is limited. We'll also be broadcasting the event live on this page. Arm Race: Your Wristwatch Is Your Next Web Portal | Fast Company

If you’re a child of the ’70s, you can probably attribute a few nightmares (and fantasies) to Stanley Kubrick, whose impressive and disturbing oeuvre includes such cult faves as The Shining, A Clockwork Orange, and 2001: A Space Odyssey. Part of Kubrick’s genius was in crafting moods, not just scene...

Casey Stoner breaks down the technique needed to race a MotoGP bike, including taking a high-speed corner nearly horizontal.

Mack’s back, and this time he’s here to talk about Season 3 of Deadliest Warrior. Check out this clip to hear him explain the different types of weapons used in battle, as well as the show’s brand new segment called the Weapons Den with Dave Baker.

Be the first to know and let us send you an email when Relish posts news and promotions. Your email address will not be used for any other purpose, and you can unsubscribe at any time.

Send a message to Relish:

Other Media/News Companies in Beverly Hills (show all)