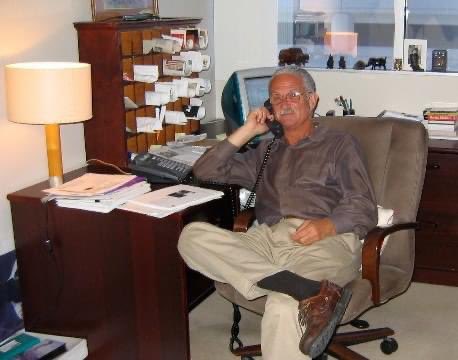 Happy birthday to our mentor, the late, great, Mickey Freiberg.

Gravity Squared is a Los Angeles based management & production company repping writers & directors for film and television, and media rights for over 170 books.

April 11th, 1977 marked the 7th day of the 504 Sit-In. By then, there were nearly 150 people occupying the building. In that first week, we held many group meetings and each committed to stay day by day. Thankfully, we had outside groups donating food and supplies, including The Black Panther Party, Buttercup Restaurant, Brick Hut le***an cooperative in Berkeley, and Glide Memorial Church.
.
.
.
Image Description: A black and white photo of a room full of demonstrators in the HEW building at the 504 Sit-In. There is an ASL interpreter in the center of the room and a reporting holding a large camera.

to , for the release of her book !

Wishing you and yours the merriest of holiday seasons. See you all in 2022.

Congrats to Gravity Squared client, , on getting in the for the Academy Gold ! His script Jubilee is amazing!

Get those submissions in. The ScreenCraft opens tomorrow. Gravity Squared's John W. Beach and Kevin Cleary will be signing one talented author from this comp.

Happy Release Day to and their new book HARDLY HAUNTED!

Hey all you authors out there. John W. Beach and Kevin Cleary at Gravity Squared Entertainment will be signing one lucky author from the Launch Pad Prose Writing Competition. Let’s make some magic happen, opens July 1st.

Welcome to the competition that has led to twelve published books and projects set up with Showtime, Laura Dern, Ridley Scott and more.

Hey you writers out there, we’re always on the lookout...
Astrid Scholte ScreenCraft

Congratulations, Astrid Scholte !!⁠
⁠
"ScreenCraft provided me with direct connections with people in the industry that were looking for work like mine and I ended up signing with Gravity Squared Entertainment - a connection I never would have made on my own." ⁠
⁠
“We loved FOUR DEAD QUEENS, it’s such a powerful debut novel, and we’re so excited to start working with Astrid.” ⁠
– John W. Beach, Gravity Squared Entertainment
⁠
Our Cinematic Book competition opens later this year. Check it out: https://screencraft.org/book/

Congratulations to Nate Wilcoxen who signed with manager John Beach at Gravity Squared after being introduced through Launch Pad.

"[Launch Pad] promises access to industry professionals who can advance your career. And that is exactly what they delivered."

Our client, Judith Heumann, at the w/ the Crip Camp team!

Short History of the 504 Sit in

44 years ago today, the Section 504 sit-in started. Join Gravity Squared Entertainment client, as she features other 504 demonstrators through Apr. 28th on The Heumann Perspective with Judith Heumann.

What section 504 says is "no otherwise qualified handicapped individual in the United States shall solely on the basis of his handicap, be excluded from the participation, be denied the benefits of, or be subjected to discrimination under any program or activity receiving federal financial assistanc...

Wishing you all a Wonderful Holiday Season and a Happy New Year! Looking forward to seeing all your beautiful faces in 2021.

Variety Names 10 Directors to Watch for 2021

We're so excited to be working with one of these great directors. Can't spill the beans just yet, so please stay tuned for an announcement in the bear future.

At the risk of sounding presumptuous, Variety’s 10 Directors to Watch list has never mattered more than it does in a year where festivals and co-production showcases have been canceled and the film…

Congrats to Gravity Squared Entertainment client, Kathy Sullivan, on being inducted into the 2020 Government Hall of Fame.

On October 11, 1984, astronaut Kathy Sullivan became the first American woman to complete a spacewalk. She floated outside the Challenger space shuttle to repair a part. However, that experience wasn’t even the peak of her career — it was only the beginning of it. She continued to become a leader in space and ocean exploration. In fact, in June 2020, at the age of 68, Sullivan became the first woman to travel to ‘Challenger Deep,’ the deepest point in the ocean, a location so remote and dangerous that only seven other people have been there. Today, she is the only person who can say that she's visited both, the heights of space and the depths of the ocean.

Meet the 1st woman to kayak the entire Amazon River

Another shameless plug. We're so blessed to work with some amazing women!

Darcy Gaechter is one of three people in the world and the only woman to ever kayak the entire Amazon River. She shares her incredible journey, discussing her greatest fears, the hardships she faced along the way, and where she hopes to adventure next.

We're pleased to announce the option of by to at .

EXCLUSIVE: Less than a year after putting up his own shingle, Nikolaj Coster-Waldau has picked up another novel for adaptation. The Game of Thrones star’s Ill Kippers Productions has optioned the j…

to for the release of her book, from Crooked Lane Books.

Judith Heumann in - illustration by .

to and his book from Houghton Mifflin Harcourt.

Be the first to know and let us send you an email when Gravity Squared Entertainment posts news and promotions. Your email address will not be used for any other purpose, and you can unsubscribe at any time.

Other Broadcasting & media production in Beverly Hills (show all)