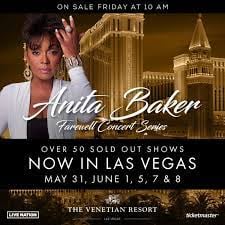 t was a very different way to go public with their dating, but according to Julia Fox so was their date.

The actress wrote about her experience kicking it with Kanye West, who now goes by "Ye," for Interview magazine, complete with intimate photos shot by Kevin Leyva.
According to Fox she and West "met on New Year's Eve" (the pair were spotted that night in Miami) and "it was an instant connection."
"His energy is so fun to be around," she wrote. "He had me and my friends laughing, dancing, and smiling all night. We decided to keep the energy going and fly back to New York City to see 'Slave Play.'"
She was most impressed with the fact that while his flight landed at 6 and the play was at 7, West was on time, and after the Broadway production they headed to "dinner at Carbone which is one of my favorite restaurants."
While there, according to Fox, West art directed a photo shoot, including the diners, which she says everyone present loved.
But the best was still to come for Fox.
"After dinner Ye had a surprise for me. I mean, I'm still in shock," she wrote. "Ye had an entire hotel suite full of clothes."
Calling it "every girl's dream come true" and "a real Cinderella moment," Fox ended by saying "I don't know where things are headed but if this is any indication of the future I'm loving the ride."
The images accompanying the piece she wrote included her and West canoodling, as well as some of their fashion moments.
West's wife, Kim Kardashian West, filed for divorce last year and Fox is reportedly estranged from her husband Peter Artemiev.

'The Amazing Race' host Phil Keoghan opened up to CNN about Season 33.
After the longest pit stop in "Amazing Race" history, the show is back.

"The Amazing Race" had completed filming three episodes of a new season when the world came to a halt over coronavirus concerns in March 2020.
It took more than a year and a half for the show's producers and the network, CBS, to make safety protocols and arrangements to finish what they started in the face of unprecedented circumstances.
But like the contestants who race around the world for a chance to win $1 million, "The Amazing Race" producers were up for the challenge.
Below, host Phil Keoghan opens up below about how they did it and what it means to race around the world after a world-changing event. 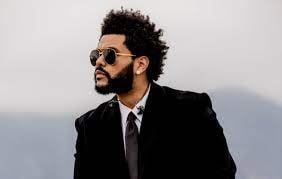 The new album’s sudden arrival follows the long rollout campaign of the Weeknd’s 2020 album After Hours. Read “The Weeknd’s Director Alex Lill Unpacks the Singer’s Eccentric String of After Hours TV Performances” on the Pitch.

The artwork on Stefon Diggs' cleats knows no bounds, evidenced in his latest offering ... a tribute to the late Betty White.

The Buffalo Bills wide receiver honored the iconic actress Sunday with a pair of pregame footwear that featured BW's likeness, plus a famous song attributed to her as well. You can see a cartoon rendering of Betty throwing up the 'rock on' hand sign ... while smirking.

On the other cleat, the words "Thank You For Being a Friend" are emblazoned -- obviously a nod to the 'Golden Girls' theme song of the same name. The artwork was done by footwear designer Mache, who's famous for doing these mockups for athletes, especially Stefon.

No word if these babies made it on the gridiron or not -- SD usually flashes his custom cleats before kickoff, and then changes into what he'll actually wear for the game. But, it's not unheard of for him to rock tribute cleats on the field, like he did for Michael K. Williams. 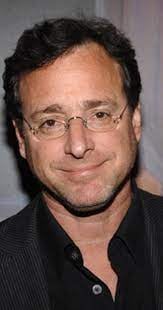 Bob Saget, ‘Full House’ Star, Dies at 65
Bob Saget, a stand-up comedian and actor beloved for his role as Danny Tanner on the 1990’s sitcom “Full House,” died Sunday at the Ritz-Carlton hotel in Orlando, Fla., police confirmed to Variety. He was 65.

Shortly after 4 p.m., police officers responded to a man down call at the Ritz-Carlton Orlando, Grande Lakes hotel and discovered Saget unresponsive in a hotel room, the Orange County Sheriff’s Office told Variety. He was pronounced dead at the scene. The sheriff’s office did not have any information on a cause of death, and detectives did not find any signs of foul play or drug use in the case. The Medical Examiner’s Office will determine a cause and manner of death at a later date.

Saget had recently kicked off a nationwide stand-up tour in September 2021 that was set to run through June of 2022. According to his most recent post on Twitter, Saget had performed Saturday evening at Ponte Vedra Concert Hall in Jacksonville, Fla.

In 1987, Saget was cast as patriarch Danny Turner on “Full House,” where he played the father of D.J. (Candace Cameron), Stephanie (Jodie Sweetin) and Michelle Tanner (Mary-Kate and Ashley Olsen). He raised his daughters as a single dad after his wife died on the show but was joined by his brother-in-law Jesse Katsopolis (John Stamos) and his best friend Joey Gladstone (Dave Coulier). The show ran for eight seasons and 192 episodes from 1987 to 1994, reaching more than 17 million viewers during its peak in Season 5. From Season 3 onwards, “Full House” was in the Nielsen Top 30 TV shows.

Sidney Poitier, the Oscar-winning actor who brought a quiet dignity to his characters on screen and helped break down the color barrier in Hollywood, has died. He was 94 years old.

Poitier's death was confirmed by two Bahamian ministers. Deputy Prime Minister Chester Cooper told ABC News he was "conflicted with great sadness and a sense of celebration when I learned of the passing of Sir Sidney Poitier."

Sadness that he would no longer be here to tell him how much he means to us, but celebration that he did so much to show the world that those from the humblest beginnings can change the world and that we gave him his flowers while he was with us," he said.

Poitier became the first Black man to win an Academy Award for best actor in 1964 for his role in "Lilies of the Field." He was perhaps best known for his role as a Black doctor engaged to a white woman in 1967's "Guess Who's Coming to Dinner," in which he starred opposite Katharine Hepburn and Spencer Tracy.

That same year, he portrayed his most successful character, Philadelphia detective Virgil Tibbs in the Southern crime drama "In the Heat of the Night." It was a role he would reprise in two sequels. He played an inner-city teacher in "To Sir, with Love," his third film in 1967.

Cold-blooded! As it turns out, Cheryl Burke lives in a house filled with reptiles, and she doesn't exactly seem thrilled about it.

The Dancing With the Stars pro sat down for a chat on The Kelly Clarkson Show on Thursday, and was asked about the many, many pets that she and her husband, Matthew Lawrence, care for -- whether she likes it or not.

"I love animals, but he likes reptiles," Burke explained, after joking that their relationship works because "opposites attract."

"He has 45-50 reptiles that live beneath us," Burke shared, adding, "No snakes! That was the deal, no snakes. But when we dated a little over a decade ago I knew I would be marrying a guy who loves reptiles."

JESSIE Lee Daniels of the Force MDs has passed away as confirmed by his management team.

Force MDs member, Jessie Lee 'Jessie D' Daniels has passed away
“Please put a heart up for him. He was loved!!!!!!!!!! TO the family, friends and fans today we lost a real talent. Our condolences goes out to his siblings, kids and the Force MDs."

The Force MDs were an R&B vocal group formed in Staten Island, New York in 1981. They created six studio albums together, with the last one released in 2000.

Fans and family members took to social media to express their condolences and share memories of the musician's passing.

“My uncle Jessie Daniels was one of a kind…I’m so crushed right now,” wrote one of Daniels’ family members on Facebook.

Zakaa Boom Saadiq, an event promoter in New York City made a post on Instagram about Daniels’ death.

“The year just started and we can’t escape the heartache. Rest in Power to my made Jessie Daniels aka Jesse D of the Force MDs,” he wrote.

Betty White, TV's perennial Golden Girl, has died. She was 99.

"Even though Betty was about to be 100, I thought she would live forever," her agent and close friend Jeff Witjas told PEOPLE in a statement on Friday. "I will miss her terribly and so will the animal world that she loved so much. I don't think Betty ever feared passing because she always wanted to be with her most beloved husband Allen Ludden. She believed she would be with him again."

Witjas adds, "Betty died peacefully in her sleep at her home early this morning."

White was gearing up to celebrate her 100th birthday on Jan. 17. Ahead of her centennial year, in a cover story, White opened up to PEOPLE about how she was feeling about turning 100 years old.

For more on Betty White, listen below to our daily podcast on PEOPLE Every Day.

The police on Thursday announced that they had arrested a suspect in the fatal shooting of Jacqueline Avant, a philanthropist and the wife of the music producer Clarence Avant, one day after she was killed at her home in Beverly Hills, Calif.

About an hour after Ms. Avant, 81, was killed, the suspect, Aariel Maynor, 29, of Los Angeles, was arrested when he accidentally shot himself in the foot while burglarizing a home in Hollywood, about 7 miles from Ms. Avant’s home, Chief Mark Stainbrook of the Beverly Hills Police Department said at a news conference on Thursday.

The police found Mr. Maynor in the backyard of the home in Hollywood after they received a report of a shooting there at 3:30 a.m. on Wednesday, Chief Stainbrook said, adding that they also recovered the rifle Mr. Maynor is believed to have used to shoot Ms. Avant. Mr. Maynor was taken to a hospital, where he remains in custody.

Ms. Avant was found with a gunshot wound after the police received a report of a shooting at her home in Beverly Hills at 2:23 a.m. on Wednesday. Mr. Avant and a private security guard were at the home at the time of the shooting, but were unharmed, the police said.

Mr. Avant started Sussex Records in 1969 and signed Bill Withers, releasing some of his best-known songs, including “Ain’t No Sunshine,” “Use Me” and “Lean on Me.” Over the years, he also worked with Jimmy Jam, Terry Lewis and Babyface. He helped promote Michael Jackson’s “Bad” world tour in 1987, and was chairman of the board of Motown Records.

Mr. Avant was the subject of a 2019 Netflix documentary, “The Black Godfather,” which featured testimonials from Mr. Clinton, former President Barack Obama and Vice President Kamala Harris, who was then a presidential candidate.

The couple’s daughter, Nicole A. Avant, a former U.S. ambassador to the Bahamas, was a producer of “The Black Godfather,” and is married to Ted Sarandos, a co-chief executive of Netflix.

Be the first to know and let us send you an email when Power 93.4 FM posts news and promotions. Your email address will not be used for any other purpose, and you can unsubscribe at any time.

TODAY at 4PM CT… John Schneider will be LIVE on the Timothy Hodge Show! Listen on Power 93.4 FM (New York City) or online at www.blogtalkradio.com/timothyhodge.
x

Other Media/News Companies in Beverly Hills (show all)