Bigtone Records is one of the worlds most authentic analog tape recording studios. Although we can handle a production of any kind our heart lies within the traditional ways of classic American Recording styles.

Bringing a classic sound to a modern age. Bigtone Records is a safe place for artists of all kinds to come and create what they love. A chill, relaxed space with all of the most outrageous vintage tube equipment from the 1930's-1960's. The tones and vibes that are produced from Bigtone are top shelf in the modern age and the sounds can pierce your "goosebumps" meter in the red. Bigtone offers ever

Bringing a classic sound to a modern age. Bigtone Records is a safe place for artists of all kinds to come and create what they love. A chill, relaxed space with all of the most outrageous vintage tube equipment from the 1930's-1960's. The tones and vibes that are produced from Bigtone are top shelf in the modern age and the sounds can pierce your "goosebumps" meter in the red. Bigtone offers ever

Nothing better than relaxing on the couch watching “Better Call Saul” and turning this rig on for the first time after a recap. All original oil caps working great with no noise. Just changed the dry electrolytics. Amazed!

After two failed attempts at buying one of these I finally got one. The legendary rca bn2a mixer! #rcamixer

Very cool unique studio monitor cab/speakers for talk back and monitoring. They slant on sides so easy for wall mount etc.. each has a nice 8 inch alnico speaker. They look extra big in pic but its an 8 so not huge. They also are extremely light weight. $100 each. I have 8 of them.

Selling these killers! Set of Collins 356a preamp and line amp 356b. Both fully restored. I can sell them as you see them or rack them and put a power supply for them. Anything buyer wants. For both $1600 shipped. For little extra can rack and build psu. Get these incredible legendary preamps today!

Few pics of this beauty before I replaced the Electrolytics. All the stock coupling caps still sounding great. 1953 Gretsch Electromatic. Made by valco. A killin 5 watts! #gretsch #bigtonerecords

What a stunning rca rack! Got all the original filler panels too for custom builds

Hey friends! I need something picked up in Brooklyn and brought into VA, NC, WV etc.. ill pay or trade good for help if anyone is comin this way

Getting very close to being done on this little beast! Basically a Altec 436 with much bigger iron for headroom and more gain. #buildit #buildityourself #altec436 #bigtone

Anyone got any gates k***s like this they selling/trading? I need some. Thanks 🙏

Little clip of my 85 year old mentor Junior. Reaching deep. Will be harmonica dubbed eventually. This man played with Sonny Boy, and made amazing records in 60’s. Love this man.

Great package today from @jupitercondenser . This beautiful 12 in has paper voice coil and is tops! I love his caps and speakers! I also love that you can use the payment plan!

Killer oahu project. Needs field coil speaker or pm speaker and resistor/output. Online you can see these chassis identical to this. Usually a $800 amp restored. I got too much s**t. $100 plus shipping to someone who got time

Building a mobile sa38 limiter! Got all original iron and this killer Gates chassis! Pics to come in the coming month

Tube shortage? 😂 i never liked or used them s**t Russian tubes anyways. Maybe now a real American company can emerge, ya know sense we designed most the ones in the US gear back in the day anyways. Go out there and findem in the wild. Dont turn into the audio guy version of the toilet paper guy. #tubeshortage #tubesgalore

Beautiful custom mixer for sale! This is the best mixer ive ever made and sounds far superior to a dynamote or similar. It uses two 6j7, and two 6sn7’s with solid state rectifier. Has absolutely stunning transformers. UTC input, output, power and choke. 4 mic inputs and a master. I have made some really cool recordings on it for folks to hear if they like to buy. All custom made by yours truly. Its a mix between a Raytheon and gates post war mixer/line amps. Same output as used in rca limiters and other fancy gear. The freq response is excellent as well. What you get out if this mixer over others is huge headroom and big low end that doesn’t flub! Get something truly unique that is better than what you can find at the price point. $1300 shipped.

Another fun clip of us jammin

Gonna be spending few days bending this 1930’s RCA PB-140 grill back to shape. The back half is narly. Luckily the 30’s grills are much more bendable than the later BX model making it actually possible to get it back looking nice! #rcapb140 #rca44

Just recorded this live at Grand Annex theater in San pedro. Sold out show. Mara, Carl, Tim and myself. My own home built 4 mic mixer straight to ampex 350, 3 mics

Be the first to know and let us send you an email when Bigtone Records posts news and promotions. Your email address will not be used for any other purpose, and you can unsubscribe at any time.

Send a message to Bigtone Records: 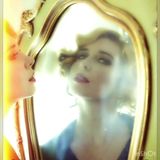 Other Broadcasting & media production in Bristol