Time For Country First: Nation Must Tackle The moral Decadence in Society.

UhuruRuto Are Authoritarian Dictators. No Honor For Generational Thinkers.

UhuruRuto Are Authoritarian Dictators. No Honor For Generational Thinkers.

The Handshake Must Address What Ailes Kenya. Dialogue Not Enough!

The Handshake Must Address What Ailes Kenya. Dialogue Not Enough!

DP Ruto is toast! The marginalization of Ruto started right after the SCOK did not nullify Uhuru's sham election of Oct. 26, 2017. That day, the train left the station and Ruto was not in it. The marriage of convenience is done.

Did anybody think Uhuru went to see his Godfather "The Professor" of politics Daniel Arap Moi just to have tea! This was going to be Uhuru's last term and it was payback time.

Me thinks Gideon was just off frame in the pictures we saw of Uhuru's visit to Kabarak. He was later to emerge full frame receiving and escorting Presidents and other invited dignitaries to the coronation (inauguration), a task always reserved for the Vice Presidents.

In 2013, the "tuko pamoja" (we are together) mantra was in full glare, President Uhuru and DP Ruto decking matching white shirts and red ties, standing at the podium as the cabinet picks were announced. This time round, Arap Singh was not even consulted, and seems as his strategically placed confidants are also being shown the door.

Meanwhile, the Mt. Kenya leaders are no longer whispering. One is quoted as saying they are not wheelbarrows. Yet another said "Mt. Kenya does not lack leaders so that we elect people who have looted this country to the core."

If Uhuru survives the onslaught that is about to flood him after Rt. Hon. PM. Raila Amollo Odinga is sworn in as the People's President, Ruto will find himself being alienated even more. Ruto is toast. Forget 2022.

The Weekly Dose - Challenge Your Perspective 2015Episode2: The MP for Nandi Hills, Mr. Afred Keter would like to have us believe his tirade at the Gilgil wei...

The Weekly Dose - Challenge Your Perspective - 2015Episode1: How will ODM convince the whole country of their democratic principles if they can not practice ...

We are all Kenyans - Stop The Hate

WEEKLY DOSE: Challenge Your Perspective. Episode 13 - The election is over and as Kenyans, we must respond to the greater calling of building a nation togeth... 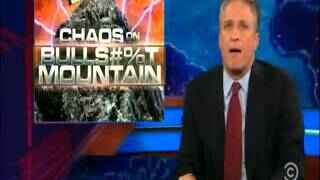 This is a must watch...funny and so to the point on the crap the GOP, FOX and Mitt would like you to believe.

Be the first to know and let us send you an email when DeepScope Productions posts news and promotions. Your email address will not be used for any other purpose, and you can unsubscribe at any time. 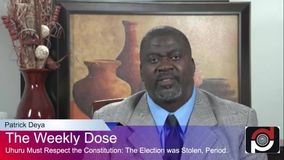 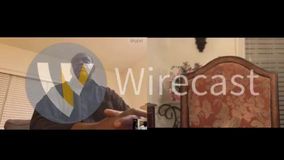 Other Broadcasting & media production in Bristow

Uhuru must respect the constitution. Jubilee wants to take us back to the Moi era
x

Other Broadcasting & media production in Bristow (show all)