The Star Wipe team has been making films since 2003, amounting 15+ films in our collection, participating in local film competitions, winning countless awards, and even screening at the Cannes International Film Festival.

We're working to get all of our short films we've made over the years, viewable on YouTube. So here's one from 2005!! You can tell how long ago it was because we used Papyrus font...and not as a joke. 😆🤦

Made for the 2005 Baltimore 48 Hour Film Project. Join pirate Oliver Barnes (and his trusty friend, Roger) as he searches for his long lost love, Marianne.

We're honored to be selected for the 48 Hour Film Project's Filmapalooza this year and look forward to seeing all the other great films nominated. If you haven't already, consider grabbing a ticket to see our film, "One Day," and maybe even vote for it! 😅

We're honored to be selected for the 48 Hour Film Project's Filmapalooza this year and look forward to seeing all the other great films nominated. If you haven't already, consider grabbing a ticket to see our film, "One Day," and maybe even vote for it! 😅

Film Races: A Conversation with Christina Ruppert of the 48 Hour Film Project

The 48 Hour Film Project has always meant a lot to us, so this was a real joy for us! Karen sat down with Christina Ruppert, the 48's Director of Operations! Christina shares her history of forming the film race, her expertise and knowledge behind the challenges – then and now – of running the 48, and what the future might look like for this, and all film races.

In this video, Karen sits down with Christina Ruppert, Director of Operations of the 48 Hour Film Project. Christina shares her history of forming the Film R...

Selections in Sci-Fi, Action, and Horror

Another of our films is screening as part of Awesome Con's Film Fest At Home!

Capsule will be screening as part of the virtual Awesome Con Film Fest! Be sure to tune in!
https://awesome-con.com/acshortfilmfest

Life on the Inside - Episode 13: Todd Mitchell’s Halloween Special

It’s Halloween in prison, and Todd Mitchell wants it to be the best in years! With the help of his local inmates, he plans to set up a spooky haunted house f...

Life on the Inside - Episode 12: Debunking Prison Myths

Todd Mitchell tackles some of the most bogus myths about life in prison in Episode 12 of Life on the Inside!

Todd Mitchell sheds some light on some of the most widely believed (and entirely untrue) myths about prison.

Life on the Inside - Episode 11: Scared Straight

Guess who's back. Season 2 starts today! Todd Mitchell breaks his 3 month silence after being incarcerated in order to scare you straight.

Todd Mitchell is back. It's been 3 months since he was incarcerated for almost killing Chad, and he's breaking the silence to scare you straight.

"Containment", Star Wipe Films' entry for the 72 Film Fest 2020, starring Vishwas. Exciting to have been nominated for Best Acting and Best Pro Film, and thrilled to have won Best Cinematography!

A man wakes up in isolation, not knowing where he is or why he is there. Made in 72 Hours for the 72 Film Fest 2020. Winner, Best Cinematography.

A Film Race During a Pandemic?

New episode in our YouTube Film Race series! Brian and Karen reflect on the trials and triumphs from this year's 48 Hour Film Project experience.

In this episode of our Film Race series, Karen and Brian reflect on entering the 48 Hour Film Project during a pandemic; the challenges, the disappointments,... 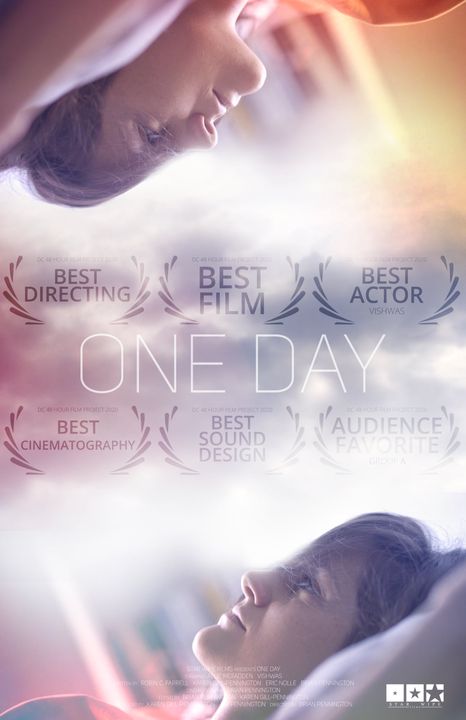 Woohoo! We just won "Best of D.C." for the 48 Hour Film Project, as well as Best Cinematography, Best Directing, Best Actor (Vishwas), Best Sound Design, and Audience Favorite for Screening Group A. We've been participating in the 48 Hour Film Project almost yearly since 2003 and this is our second time winning "Best of" but our first time winning it for Washington, D.C. (the birthplace of the 48)! We're very honored to have won, and even though we didn't have our full team this time around thanks to COVID, we know that we would have never made it this far without all the awesome Star Wipers that have always been a part of these crazy weekends. Huzzah!! 🎉🎉🎉

In episode 8 of our film race series, Brian breaks down Star Wipe's approach to Visual Effects! Tools we use, examples of our work, tips and tricks to make y...

The team at Star Wipe films is excited to share our film, "One Day", with you all. Amidst all that is going on, it felt so good to do something creative, and we hope you enjoy it! Make sure you select 4K from the quality cog for the best viewing experience!

Star Wipe Films' entry for the DC 48 Hour Film Project 2020. A woman who has the power to relive the same day over and over at will begins to realize that li... 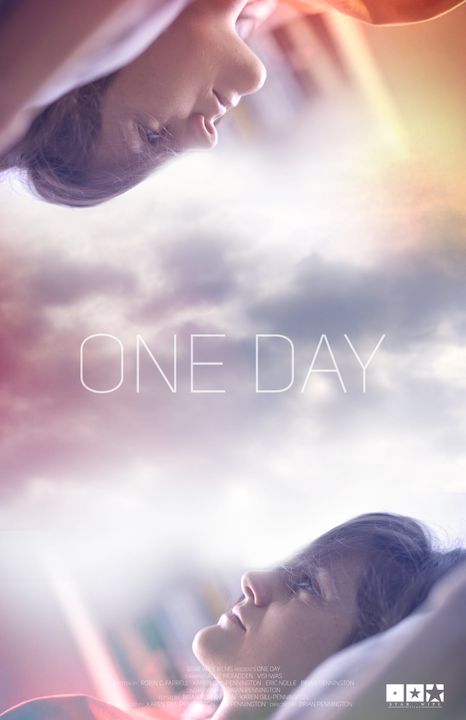 Join us online for the premiere of "One Day". In spite of the pandemic, we were able to safely create a film that we are all tremendously proud of. Can't wait to share it with you!

It's film race season again! 🎬 Highlights from today's shoot for the DC 48 Hour Film Project; from our Zoom brainstorming session last night to production this afternoon. It's our smallest team in years and we're taking every precaution to make sure our cast and crew is safe and cared for...while still coming together to make a film.

Life on the Inside - Episode 10: The Real Inside

The Season 1 finale of Life on the Inside is here! Todd Mitchell finds himself in prison for crimes he sort of committed. But prison isn't as bad as it seems.

In the season finale, Todd Mitchell finds himself in federal prison, and it's not really all that bad!

Life on the Inside - Episode 9: Todd Mitchell's Four Phase Plan

Voted easiest show to binge. By us. It's only a couple minutes per episode, so it's probably not too far off. In the second to last episode of season 1, Todd Mitchell rolls out his own Four Phase Plan.

As stay at home orders lift across the nation, Todd Mitchell begins to take matters into his own hands, in the form of his own Four Phase Plan.

Life on the Inside - Episode 8: Safer Inside

Watch out for lightning and alligators!

With Coronavirus restrictions lifting across the globe, Todd utilizes scare tactics in an effort to keep people indoors.

Life on the Inside - Episode 7: Fan Mail

Todd's fan mail is piling up - in this episode, he attempts to respond to some!

Todd's popularity is zooming. In this episode, he tries to catch up on some fan mail.

Our film Apocalypse Rock is having its online premiere at 8PM Eastern Time. Just a few minutes from now!

Life on the Inside - Episode 6: Ecosystem

Help Todd Mitchell save the most at-risk ecosystem on the planet: the indoors.

Todd Mitchell tries to save the most at-risk ecosystem on the planet: the indoors.

It's Arbor Day everyone! And you know what that means...time for more Denny Murray...QuarantineStyle!

Hey there folks. It’s your old pal Denny Murray here to help you celebrate Arbor Day Amir all of this COVID19 chaos. Enjoy!

Do you know what today is? It's the Last Friday In April!
Happy #ArborDayAtHome everyone!

Life on the Inside - Episode 4: Checking In With Chad

Todd Mitchell is back at it! https://www.youtube.com/watch?v=5GaXVbaR4o4

Todd checks in with his buddy Chad, who recently betrayed him and got a job.

Life on the Inside - Episode 3: Pandemic Positivity

Catch up with the wisdom of Todd Mitchell in the latest episode of "Life on the Inside".

Todd Mitchell aims to encourage by looking at the bright side of the pandemic.

Life on the Inside - Episode 1: This Is My Moment

Humor is the best way to cope. Enjoy our new series, Life on the Inside!

Todd Mitchell has been preparing for self quarantine and social distancing his entire life, and now he's ready to share tips and tricks for a successful life...

"Life On Set" : Panel at The Video Show in Washington, DC - YouTube

Back at the start of December, we landed a spot on a panel at The Video Show US, alongside Conjostudios, LLC! Our panel addressed life on set and answering audience questions.

Hey Star Wipe friends! We launched a YouTube series a few months ago that's all about our experience with film races (film challenges) such as the 48 Hour Film Project, the 72 Film Fest, 29 Days Later Film Project and more. I think we finally have enough content to share with all of you! We have a lot more videos to come, so feel free to subscribe, like videos, comment and otherwise stay connected with us.

In this Star Wipe Films' series, Brian and Karen share their expertise, advice, and 15+ years of film race experience. Topics include: brainstorming, budgeti...

The Making Of "Capsule"

Just over a month ago, our team made a space movie; which has become one of our favorite projects to date. Here is a behind the scenes look at our inspiration, building the space ship, constructing the space suit, and how it all came together in 72 hours.

Making "Capsule" - our short film produced for the 72 Film Fest - about a lone astronaut who traverses deep space on a final, desperate mission to preserve E...

This Halloween we decided to go as two Doug Powell characters from Star Wipe Films. Tom Harper from Apocalypse Rock and Louis Ledbetter from Welcome to the Neighborhood!

I'll See You There

Star Wipe Films is on SoundCloud! We're still adding more of our original scores and songs, but for now check out the original score from our latest film, "Capsule".

Be the first to know and let us send you an email when Star Wipe Films posts news and promotions. Your email address will not be used for any other purpose, and you can unsubscribe at any time.

It’s been a nostalgic and inspirational day for Star Wipe! Jamie Kaye (aka Jamie Boyd) played Sunset in Alaska live for us tonight! ❤️❤️❤️

What Did I Miss?

Once Upon A Bedroom

A couple returns from vacation to find a comatose princess in their bed and attempt to "break the spell." Made for the DC 48 Hour Film Project | Starring: Vish Vishwas, Alison McFadden Genre: Comedy / Line: "She didn't tell me" / Prop: Paintbrush / Character: Clark/Claire Cumberland

With 10+ years of enthusiasm, 15+ completed films, award-winning talent, and a screening at the Festival de Cannes, Star Wipe Films is an accomplished, close-knit team, producing high-quality and engaging films.

Since Star Wipe began in 2003, we have crafted an extensive film collection, won countless awards and honors from TIVA-DC, the 48 Hour Film Project (DC and Baltimore), the Telly Awards, the 29 Days Later Film Project, and more.

Our films have screened and earned trophies at film festivals across the US and internationally, including CIMM Fest, Clean Shorts, West Chester, Monmouth, StoneFair International Film Festival, Boomtown, Love Your Shorts, Wasteland, Sacramento Film & Music Festival, Desert Rocks Film and Music Event, and the Jerome Film & Music Festival, where we premiered our short film Apocalypse Rock. One of our biggest honors was landing a spot at the Cannes International Film Festival Short Film Corner for our film, Welcome to the Neighborhood.

We love filmmaking on both scales; larger, independent projects and participating in our local film competitions. We’ve celebrated repeated successes with Frederick, Maryland’s 72 Film Fest, from which we took home awards for Best Professional Film and Best Cinematography in 2017, Best Acting in 2018, and Best Costume, Writing, Pro, and Best of Fest in 2019.

Star Wipe Films represents the entertainment division of DUO Media Productions. We’ve developed a reputation as one of the teams to beat in the area, and many come to the screenings just to see our films. We love to hear, “Hey, Star Wipe is here!”

Woo hoo! Congrats to the Star Wipe team for winning Best Film at the Washington, DC 48 Hour Film Project with ONE DAY! And Best Actor for Vishwas, Best Director, Best Cinematographer, Best Sound, and the Group A Audience Award!