April was as Legendary as March. A client booked a lead villain in a CW show, which is packed full of Oscar winners. Another recurring role on another HBO show, and lots of other bookings and callbacks. Keep it up guys! All I can say there is a lot of fun set photos.

The start of another STELLAR month. Another recurring role for an HBO series, and A LOT of bookings. Keep it up guys!

Casting Direct will only be doing FaceTime Coachings and Zoom Classes until it is absolutely safe to open. Stay safe everyone.

Are you missing coming in to act? Well I'm missing you! Any adult actors want to have a Zoom Class with me? Send an email to [email protected] or text me!

Hope everyone is safe.

Hey guys, with the corona virus outbreak it looks like a lot of things are shutting down. Casting Direct will still be open with some hospital grade sanitation going on (thanks Lacy). I've been doing a lot of FaceTime auditions as well. But most importantly be safe and let's get through this together.

It's that season again! If you don't see an appointment slot, email or text me and I may expand hours!

Another amazing year for us! So happy to be of service to these amazing clients who have so many doors open to them as they move forward in their career, from getting bookings, getting agents, becoming series regulars, or to just advancing their craft. So proud of what we do.

It was one of those weeks! Several clients getting flown across the country for premiers and chemistry reads. Then had 3 texts in one day about recurrings! Keep at it guys!

So proud of this girl Stella Smith! Booked recurrings on 2 DC shows to air soon AND signed with a major agency in LA! She’s on a meteoric rise!

A Great positive start to the new year. Several bookings from long time clients and a booking from someone fresh on the scene!

Another monumental year at Casting Direct. So very proud of my clients. There were times where I would get texts about bookings daily. Sent some clients to the far corners of the world to shoot series, and some right here at home on series that I love. Can't wait to work with you all in the new year!

Thank you so much to the Kirkpatricks for inviting me to see this today. Great seeing Sarah and Erika Bierman on the big screen!

#InstantFamily is a film inspired by the life of writer/director Sean Anders and stars Mark Wahlberg & Rose Byrne. On Digital and Blu-ray today.

Some screen shots from "Dressed in Black"

The latest from Casting Direct Workshop. These shorts are part of the class. This segment was all about keeping it natural. If you're interested in classes email [email protected].

Ended up being a girls day at kids class. These ladies gave comedy day a run for its money!!

Congrats to Workshoper Reese Hoggard who just got off the set of "Transgressor" a NYU thesis film. Can't wait to see it! 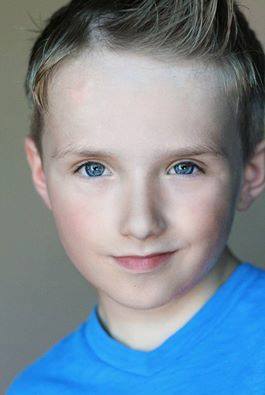 A big congrats on Workshop student and GREAT kid Landon Durrence for booking a major motion picture. These kids are going places!

The class project that turned into a short, that's getting turned into a feature. Smoke & Mirrors had a great premier! Thanks for the great turn out and show of support.

Another HUGE week of bookings! Announcements coming as soon as we're in the clear. But one little lady got 2 months on a major movie as something VERY cool.

Spring Break is done, and it's time to hit the books...or scripts....whatever. We filmed some great scenes in kids class today!

We hippity hoppitied kids class to Saturday because of Easter, and it was egg-cellent! We got a lot done! Monologues, improv, and scene work!

Great Kids Class today! We started with some improv and worked on being natural in a scene. They're naturals! If you are interested in your kiddo joining the fun, drop us a line at [email protected].

Happy New Year everyone! 2015 brought major bookings from Hunger Games, 5th Wave, Walking Dead, Antman, Coat of Many Colors, and many more. There wasn't a week that went by without a client calling me excited. Thank you so much for letting Casting Direct be a part of your lives.

Happy Thanks giving everyone! Enjoy your day with friends and family!

Smoke & Mirrors is looking for Classmates 7-8th graders for volunteer extra work on Sunday the 11th. We're looking for every type. So if you're interested, or know someone who is please contact Tori with pictures. [email protected]

Just finished the website for Casting Direct! Check it out! If you want a testimonial, email me a picture and a quote and I'll put it on the site.

These ON-CAMERA intensive classes focuses on advanced technique including script and character breakdown, audition experience, on-set experience, and a look into the casting world. 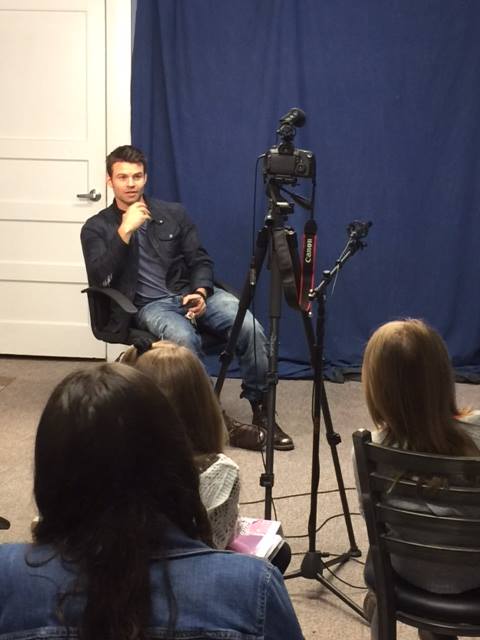 For our Vampire Module we had Daniel Gillies from Vampire Diaries and The Originals come speak to the class. Very enlightening speaker with great advice. Thanks Daniel!

Actress getting a major role and flying out to LA is pretty nice. Her calling me first before her family: Priceless.

HUGE victory to one of Casting Direct Workshop's students. Announcement to come soon.

This video is about ROBODOG

Every Audition Counts. Casting Direct is Atlanta's premium and affordable taping service. Tim Donner formed a studio designed with the actor in mind. Combining years of experience in the taping room with the best in technology, Casting Direct will capture the best possible performance, every time.

Be the first to know and let us send you an email when Casting Direct posts news and promotions. Your email address will not be used for any other purpose, and you can unsubscribe at any time.

Send a message to Casting Direct:

The latest from Casting Direct Workshop. These shorts are part of the class. This segment was all about keeping it natural. If you're interested in classes email [email protected].

Come see who went down the Rabbit Hole at Creative Studios Unbirthday Party.

A humanitarian appeal to benefactors and benefactors and those with merciful hearts to volunteer to help poor and orphaned children to eat and drink only 👉 du-pain.com
List 10 roles you've played! These can be either theatre, screen or in your real life! This will help you mine your Vein of Gold.
On red carpet in hollywood international film festivals shining globe here's the US hollywoodi world artist it's officially# American Actor wael saleeb ElAmericany
10 year old Caroline seeking acting work in commercials and film in the ATL! PM me if you have an opportunity to discuss 🙂
Searching for a career in modeling
Don't blink when streaming Stranger Things on Netflix, and you may catch me. I got to play for a day on the #StrangerThings3 set as a snooty Zales salesman. 💎🧐🙏 #July4 #IndieDay #IndependenceDay #TVacting #comedic #atlantaactors Thanks to Feldstein|Paris Casting, Atlanta Models & Talent, Casting Direct and everyone at this amazing show.
Last post was in 2016, guess its time to delete this page.
Hey Tim here is the audition announcement I was talking about yesterday. Any help in getting the word out would be great! - Marc Gowan "Blackbird" Audition Announcement Auditions for the role of “Girl” in the play Blackbird at The Robert Mello Studio Black Box Theater on Sunday May 20, 2018 from 1:30 to 3:30. The production opens Friday August 3 and plays Fridays and Saturdays at 8:00, Sundays 7:00 through August 19 with a possible 2 week extension to September 2. The theater is located at: The Robert Mello Studio 4048 Flowers Road Suite 210 Doraville, GA 30360 Please reply to the director at [email protected] that you would like to attend and we will assign you a time. "Blackbird" Written by David Harrower Starring: Jayson Warner Smith & Heather Rule Directed by Marc Gowan Casting: Girl - needs to appear 12-14 years old. Would prefer high school/college age who looks young. This role is not involved in the sexual situations of the play. Audition will be cold reading from script, if you have a prepared monologue less than 2 minutes that will be allowed also. Please bring headshot and resume or recent photo and list of experience. The Story: This Laurence Olivier and Tony award-winning play is an intense work that was commissioned by the Edinburgh International Festival, where it received its world premiere. After years in prison and subsequent hardships, Ray, fifty, has a new identity and has made a new life for himself, thinking that he cannot be found. Una, twenty-seven, has thought of nothing else; upon seeing a photo of Ray in a magazine, she has arrived unannounced at his office. Guilt, rage, and raw emotions run high as they recollect the passionate relationship they had fifteen years ago, when she was twelve and he was thirty-five. Contains explicit sexual content and language, themes of abuse. This play is intended FOR MATURE AUDIENCES ONLY.