Thank you so much 8&HalFilmAwards for awarding Monk Arsenije, my feature documentary, with Best Editing Award. I'm so honored and I like to thank our editors Uros Maksimovic and Mina Petrovic for their amazing work! Happy 2022! Many thanks to all for your support! xoxo

Monk Arsenije won in Rome! Thank you Holywood on the Tiber Film Awards!

So excited to be a member of the jury for the feature documentary film, thank you @newwaveshortfilm ! this has been one amazing weekend-
Saint Clair Cemin, Psyche

Saint Clair Cemin, Psyche is a one-hour experimental arthouse documentary film by Svetlana Cemin. The award-winning film is a personal portrait of a Brazilian artist. The film reflects on the artistic journey of suffering and joy of creation through arts. The cinema verite language of the film truly... Welcome to Venice Shorts Film Awards. Venice was known as the epicenter of Hollywood. If a movie scene looks familiar, most likely it was shot at the famous...

Be the first to know and let us send you an email when 610 Film posts news and promotions. Your email address will not be used for any other purpose, and you can unsubscribe at any time. 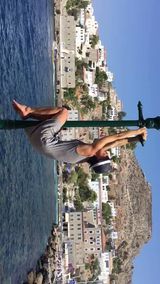 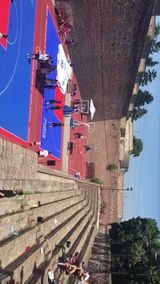 610 Film is an independent film company with a strong focus on art. We represent works in progress by various artists such as experimental theatre,and dance projects from China, Germany, Serbia, Brazil, Norway, Sweden, England and the USA.

Six films have been developed within the last two and half years; they are portraits of artists in forms of feature documentaries, shorts, and experimental works.

Laura Kaplan, Love is All that Matters, short- experimantal, 2017 compleated