Slowly returning back to reality.
🎥 Cinqua at Pier 36 NYC #vangoghexperience

🎥 Had a great time last week with #SozoArtist Lemon Andersen for Arizona State University at The Invisible Dog Art Center. Cinqua final shoot for 2020… whew. It was COVID19 safe too. 🎥

Gospel legend Bebe Winans came to town last month and we shot a music video for the song “In Jesus Name” at Pilgrim Baptist Church in Brooklyn!

Please follow at Bebe Winans for updates with the video release info.

What I Learned From Producing a Documentary About Maurice Hines

In March, prior to sheltering in place due to the coronavirus outbreak, my husband and I traveled from New York City to Miami to screen our award-winning documentary, Maurice Hines: Bring Them Back, at the Miami Film Festival.

Typically around this time of year Cinqua would host our summer office party to reconnect with friends and say goodbye to the great interns before they return to college. Unfortunately, times have changed and we had to close the office in Dumbo. But we will be back! Read more about CINQUA leaving Dumbo in the article on Dumbo Direct. http://dumbo.direct/goodbye-dumbo

Filmmaker John Carluccio packs up his company office after 5 years of production in Dumbo.

In May, Cinqua had the opportunity to direct a video in Nashville while still stuck in lockdown in Brooklyn. The term is called virtual directing or remote directing. Read more.

In May, CINQUA had the opportunity to direct a video in Nashville while still stuck in lockdown in Brooklyn. The term is called virtual directing or remote directing.

A few weeks ago, Cinqua remotely produced an uplifting music video for gospel legend Bebe Winans for his empowering song, “Free Free.” It was filmed only a month after BeBe’s recovery from the coronavirus and his commitment to his faith and his health and wellness are inspiring. BeBe is an avid runner (check out his fitness routine at https://www.instagram.com/bebewinans), and especially given the context of #iRunWithMaud and the momentum of the Black Lives Matter movement, we are proud to present this timely image of an African-American man running (with a mask) freely for exercise in his suburban Southern community.
:
:
We wanna give special thanks to the two great #Nashville cameramen, @tjzale and @philreallen, who safely recorded the video while wearing masks and gloves. And an extra special thanks goes to Charles Randolph-Wright for connecting us with BeBe and skillfully supervising the production. Guest appearances by Willie Moore Jr. and Deborah Joy Winans. The video was written by Tracy Hopkins, and directed and edited by John Carluccio.
:
:
Full video: https://www.facebook.com/watch/?v=322326879146476 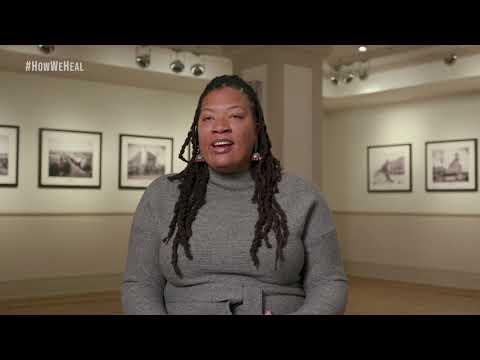 Richmond, Virginia, is one of the places working on Truth, Racial Healing & Transformation with support from the W.K. Kellogg Foundation. As a city steeped i... 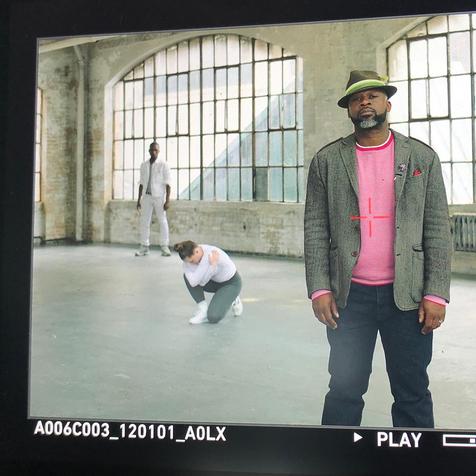 John Carluccio's documentary delivers a deeply personal portrait of the veteran performer and his tumultuous relationship with his brother Gregory.

for Sozo Artists | video by Cinqua

Carnival of the Animals: a whimsical story of our shifting societal values told through the lens of the classic work, is a new evening length piece by spoken... 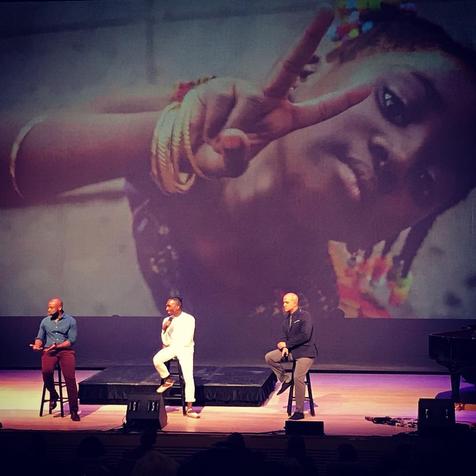 Super proud of my peeps @bamuthi360 @danielroumain & @drewdollaz and the world premiere of “ The Just and The Blind” @carnegiehall ! @sozoartists doing it!

Super proud of my peeps @bamuthi360 @danielroumain & @drewdollaz and the world premiere of “ The Just and The Blind” @carnegiehall ! @sozoartists doing it! 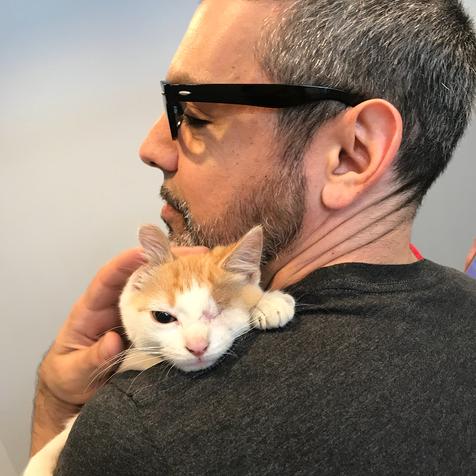 The streets were paved with glitter at Coach’s show, with a sparkling life-size replica of a New York alleyway sitting smack bang in the middle of the runway...

Thanks again for coming out to the 2017 summer office party!

Looking for college interns! Do you love documentary? Are you creative and eager to improve your skills in editing in Adobe Premiere, or shooting with Canon DSLR cameras?
Visit - http://www.cinqua.com/internships - for more details. Be sure send links to examples of your work ... showing is better than telling, its an audio/visual medium!
•
This in an unpaid - credit only opportunity for NYC area college students in FALL Semester. See past examples at the link.
•
#documentary #filmmaking #journalism #fall #fallinternship#internship #intern #doc #film #nyc #newyorkcity #nycdocs #nydocs #nycdocumentary #hiring #carluccio #shooters #editors #brandedcontent #marketing

Great working again with the great Marley Marl for Roland a few weeks back.

He surprised me when he pulled out this reel from 1985-88, that was the backbone for almost every hip hop LP made at Power Play studios.. it fell into the hands of Scott LaRock, CedGee and others for a period of time after a little skirmish involving BDP & Mr. Magic.... hear the story on Marley Marl classic recipes (ep.3 The Bridge/Mc Shan). - https://youtu.be/6IxUXfhC8TI?t=6m56s

0 Likes, 1 Comments - CINQUA (@cinqua5) on Instagram: “Great working again with the great #marleymarl for @Roland. He surprised me with this reel from…”

11 Likes, 1 Comments - BasketBall City (@basketballcitynyc) on Instagram: “#TBT shoutout to all the rookies who spent time with our campers and coaches, courtesy of @jrnba…”

Be the first to know and let us send you an email when Cinqua posts news and promotions. Your email address will not be used for any other purpose, and you can unsubscribe at any time.

Send a message to Cinqua:

Behind the scenes | Butter Super Soft​

Elana Herzog | textiles as a medium of expression.

Jakob Kudsk Steensen | My Own Animism

Off The Eaten Path with Skiz Fernando

Today is the day! Now is your chance to watch “Maurice Hines: Bring Them Back” from the comfort of your home. This exclusive early access pass includes the feature film (2021) and three bonus featurettes. 🎟️ • $15 rental fee vimeo.com/ondemand/mauriceHines 🎥 • Available today! You have been asking when and where can I see this film? Now is the moment — and as Maurice might insist “Do what I tell you to do… just, do what I tell you to do! WATCH IT TODAY. [ Free GIF Download: “Do What I Tell You To Do!” - https://tinyurl.com/dowhatitellyoutodo] #fansupport #filmfan #fan #Tap #Dance #BlackHistory #Documentary #Broadway #BlackExcellence #docs #blackbroadway Maurice Hines Movie Cinqua Tracy Hopkins John Carluccio Charles Randolph-Wright Debbie Allen #GregoryHines #MauriceHines •
Register for “A Day of Tap & Conversation,” visit So Flo Tap Festival - https://www.thatsdancing.com/so-flo-tap-fest . Tickets for Wednesday, 3/4 at THAT'S DANCING, and Sunday, 3/8 at Miami Light Project are going fast! : : Dancer, actor and director Debbie Allen loves Maurice Hines and is one of his biggest fans. As Debbie says, “He’s one of the last of a breed that doesn’t quite exist anymore.” Don’t miss your chance to meet this living legend in person and sit at the feet of tap royalty during our “A Day of Tap & Conversation,” featuring Maurice and Jason Samuels Smith. : : 🎥 Following the tap classes and conversation, catch the documentary, Maurice Hines: Bring Them Back, on 3/8 in Miami Film Festival, followed by a Q&A with Maurice Hines, Zach Hines (Gregory’s son) and others. TICKETS: https://miamifilmfestival.com/events/maurice-hines-bring-them-back/ : : 🎥This outtake is from the award-winning documentary Maurice Hines: Bring Them Back. More at Maurice Hines Movie : : Event partners So Flo Tap Festival, Miami Film Festival Miami Light Project THAT'S DANCING Tap Family Reunion : : ##mauricehines #gregoryhines #tap #dance #diva #blackexcellence ##documentary #film #miami #hinesbrothers #manzariborthers Debbie Allen Elise Neal Jenifer Lewis For Real Jason Samuels Smith Chita Rivera Patricia Panella Dance Theatre of Harlem #cottonclub The Bushnell Arena Stage Kamilah Forbes Cinqua John Carluccio Tracy Hopkins #boysdancetoo So Flo Tap Festival #floridalife #dancers #film #filmfestival #hoofer
On the heels of MLK Jr Day, Marc Bamuthi Joseph raised the question: what next? Commissioned by the W.K. Kellogg Foundation for the National Day of Racial Healing, Bamuthi unveiled Waves & Bridges at The John F. Kennedy Center for the Performing Arts: a poem and short film for the gathering's theme: #HowWeHeal. Written by Marc Bamuthi Joseph Directed by John Carluccio, Cinqua Composed by Daniel Bernard Roumain Choreographed by Drew Dollaz Produced in collaboration with Propper Daley & Jesse Pictures Creative production Sozo Artists Performers (in order of appearance): Marc Bamuthi Joseph Eriko Iisaku Kit Kat Drew Dollaz Adia Whitaker Karl Michael Iglesias
Championship Night in December was a 🎥 Literally. Here it is courtesy of Cinqua
Friend me. Dale Kaplan
Token Summit Conference was the 3rd event in the Token Summit series, the first conference that explored in-depth the Token-Based Economy. In New York City for the 2nd time at #Pier36NYC, they discussed the economics, regulation and practices around blockchain-based tokens, protocols, and crypto-assets video cred: Cinqua
Last month, the Smart Cities New York conference at Pier 36 welcomed 1,300 people for two days of panel discussions, keynote speeches and seminars on a host of issues facing cities as they look to get smarter. ➖➖➖ From broadband internet and blockchain to affordable housing and closing the educational achievement gap, speakers covered a wide gamut of areas where city leaders are looking to innovate and improve their citizens’ lives. ➖➖➖ With speakers including New York City Mayor Bill De Blasio, Chicago Mayor Rahm Emanuel and Iceland President Guðni Th. Jóhannesson, there was plenty of star power on hand to share best practices with city leaders, private companies and other stakeholders. video cred: Cinqua
Check out the USMC Sports basketball academy clinic held at #BasketballCity last month. Great day with the kids and #USMCSports Check out their next clinic June 16 in Newark NJ 🏀🏙 🎥: Cinqua
In celebration of #JrWNBAWeek we take a look back at the Jr. NBA skills challenge here at #BasketballCity ⛹🏽‍♀️⛹🏻‍♂️🏀🏙 #ThisIsWhyWePlay 🎥: Cinqua
GMC brought by their new Sierra AT4 model to #pier36nyc. Off road ability, premium features and technology all wrapped in one under our roof. Check out the coverage by Cinqua 👀🎥
Art Market Productions #ArtOnPaper was it’s largest ever at #pier36nyc this year. 85 galleries of drawings, paintings, photography, sculpture and a range of other things. Check out all the action captured by Cinqua 👀🎥
LEGO brought #LegoLive to New York City to #Pier36NYC. Catch all the great action caught by Cinqua