Media We report on the schools, politics, business, social, religious, sports and civic activities in the borough. Tracking the pulse of Brooklyn from people’s backyards to the halls of government.

Bishop Robert Brennan, the eighth head of the diocese, which covers parishes throughout Brooklyn and Queens, and the spiritual director of the club was the main celebrant for the service, which remembers deceased club members and their families.

The Cathedral Club of Brooklyn, the primary lay organization for the Brooklyn Catholic Diocese, held its annual memorial Mass on Saturday morning, …

A man groped a 33-year-old woman in the 36th Street subway station Nov. 22. The woman was walking up the stairs at …

Welcome to Brooklyn: How sweet it is! New Nets-themed ice cream - The Brooklyn Home Reporter

Ample Hills Creamery, a Brooklyn-based ice cream maker, and the Brooklyn Nets are teaming up to celebrate the Nets’ 10 years at home in the Brooklyn borough with a sweet new treat for fans.

From brooklyneagle.com Ample Hills Creamery, a Brooklyn-based ice cream maker, and the Brooklyn Nets are teaming up to celebrate the Nets’ 10 …

“Nurses are indeed the backbone of our health care delivery system and I thank you ANCC for providing us with an occasion to celebrate these hardworking and skilled individuals who certainly deserve our grace,”

After closing out the regular season with identical 2-5 records, the PSAL approved Fort Hamilton’s request to host McKee/Staten Island in a final supplemental game to end the season.

After closing out the regular season with identical 2-5 records, the PSAL approved Fort Hamilton’s request to host McKee/Staten Island in a …

“We want everyone to gather together with their families and enjoy a Thanksgiving celebration with the rest of us so we are very grateful.”

Fort Hamilton Garrison Commander Brian Jacobs praised and thanked the vets for their past service and dedication.

To commemorate Veterans Week, the NIA Community Services Network of Brooklyn recently held its Veterans Appreciation Breakfast in the main ballroom of …

“Alberto will be missed by all who got to know his extraordinary love of life, but his spirit will forever be our foundation.”

It’s beginning to look a lot like Christmas — especially at the home of well-known lawyer and community activist Joseph Mure Jr.!

“I am here to serve all in SD17 as we are a community, first and foremost.”

After the game, the “K-Connection” was honored as junior quarterback Mark Kiss and senior running back Charles Kitsakos celebrated the last game that they would play together.

“This delay has resulted in a gray area free-for-all.”

“It was a big success, drawing nearly 300 supporters of the 64-year-old organization that supplies care and support for children and adults living with intellectual/developmental disabilities.”

“I look forward to representing all of my constituents, whether they voted for me or not, and to serve our community with pride.”

Republican Alec Brook-Krasny has reclaimed his old seat in the 46th Assembly District by defeating incumbent Democrat Mathylde Frontus. The district, which …

The New York City Dept. of Transportation will demolish the 17th Avenue pedestrian bridge over the Belt Parkway beginning Friday, Nov. 18 at 11 p.m.

“That validation and recognition helps re-energize and motivate volunteers.”

"It also aligns with our work with the South Brooklyn Marine Terminal and the community of Sunset Park in Brooklyn to revitalize the industrial port facility and transform it into a major staging and assembly port for offshore wind turbines that will last well into the future.”

A thief attacked a worker in a deli on Fourth and Bay Ridge avenues Nov. 14.

A thief attacked a worker in a deli on Fourth and Bay Ridge avenues Nov. 14. The man entered the store at …

Planet Fitness celebrated the opening of its new club by helping its new neighbors.

Planet Fitness celebrated the opening of its new club by helping its new neighbors. The company gave $1,000 to the Center for …

After facing a surging Madison defense all game, Porter showed his resiliency as an emergency quarterback and made a late score to avert a shutout.

For their last home game of the regular season, the 1-4 Fort Hamilton Tigers hosted the 5-0 Golden Knights from Madison, the …

A man was shot to death in the lobby of his building on Avenue P and Ocean Parkway Nov. 3.

A man was shot to death in the lobby of his building on Avenue P and Ocean Parkway Nov. 3. Cops said …

Mario Bisogno, Sr., a WW II veteran, is now in a legal fight with his son to regain ownership of the building that provides him with his only income, aside from Social Security.

It’s father vs. son. The dad is 95-year-old Navy veteran Mario Bisogno, Sr., who, as a teenager, served aboard a munitions carrier …

The participating children will receive BRCC art medals at a soon to be announced award ceremony at a local school.

62nd Precinct The 62nd Precinct serves Bensonhurst, Bath Beach and Gravesend. UP IN SMOKE A knife-wielding man robbed a smoke shop on …

Two sisters – ages 6 and 8 – were hit by a car Monday while walking with their mother on Seventh Avenue and 57th Street.

The outcomes of three races in southern Brooklyn remained unknown as of Wednesday.

50,000 runners feel the heat during marathon - The Brooklyn Home Reporter

“The weather made it tough but I ran a smart race, hydrated, and was still smiling through mile 25.”

“As I prepare to go back to Albany, I’m excited to tackle the challenges our neighborhoods face and continue to fight to make our city and state safe, affordable and reflective of our shared values.”

“What an amazing mandate from the people of Staten Island and southern Brooklyn.”

On a positive note for the Tigers, senior running back Charles Kitsakos continues to be Fort Hamilton’s top offensive player as the team’s leading scorer with 10 touchdowns over the past five league games.

Looking for a win after a disappointing homecoming loss to Tottenville last weekend, the 1-3 Fort Hamilton Tigers hosted the 2-3 Commodores …

“We are always so delighted to be able to host a fun-filled family event to celebrate Halloween and provide free activities and entertainment for our local community."

Frightful fun was had on Halloween weekend in southern Brooklyn. The Bay Ridge Fifth Avenue BID held its Halloween Festival between Bay …

From brooklyneagle.com Lightscape, Brooklyn Botanic Garden’s after-dark, illuminated spectacular, returns on November 16, 2022. Lights- cape was an immediate hit in its …

“It’s incredible to be able to add to the magical legacy and spectacle at Luna Park.”

“St. Ephrem’s Church and School have truly played a central role in building the Catholic Church for generations.”

Brooklyn Bishop Robert Brennan was the main celebrant at the closing Mass for the 100th anniversary celebration of St. Ephrem’s Church Oct. …

“To our customers – It has been a joy getting to know so many of you.”

Plaka Taverna, a mainstay on Fourth Avenue and 86th Street for 25 years, served its last meal Oct. 31. The owner of …

This meeting drew one of the largest crowds in many years, due to the perceptions and realities of recent crime rates.

The 68th Precinct Community Council has resumed in-person monthly meetings, but not at its traditional meeting site. Since the stationhouse opened on 65th …

Be the first to know and let us send you an email when Brooklyn Reporter posts news and promotions. Your email address will not be used for any other purpose, and you can unsubscribe at any time.

NOW IN BROOKLYN: Thousands of Brooklynites are strolling along Third Avenue at the Summer Stroll on 3rd!

NOW IN BROOKLYN: Enjoy live music, food and fun at the Smith Street “Open Streets” event all day long, from Union Street to Wyckoff Street, brought to you by Smith Street Bid and Brooklyn Chamber of Commerce!

TODAY IN BROOKLYN: Check out some of the sights and sounds of the #FunonFifth Festival sponsored by the Bay Ridge Fifth Avenue BID, taking place on beautiful Fifth Avenue in Bay Ridge! That’s The Rolling Stones tribute band Sha-Doobie rocking the Main Stage! 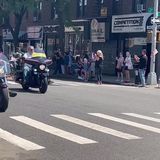 NOW IN BROOKLYN: Brooklyn's Memorial Day Parade is off to a roaring start as members of Rolling Thunder lead the way along Third Avenue in Bay Ridge! Happy #MemorialDay everyone!

NOW IN BROOKLYN: The Annual 17th of May Norwegian Day Parade is underway on Third Avenue in beautiful Bay Ridge! Gratulerer med dagen to all those celebrating!

NOW IN BROOKLYN: Ahh, the sweet sound of bagpipes in Bay Ridge! The 2022 Bay Ridge St. Patrick's Day Parade is officially underway on Third Avenue after a 2-year hiatus due to COVID-19. What a grand return! 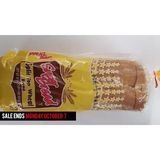 On Sale This Week at Three Guys 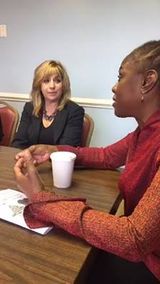 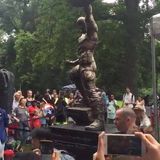 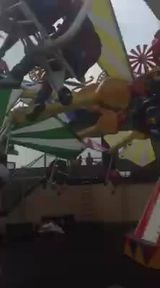 Other Newspapers in Brooklyn

Last week, the Chamber team joined Cross River Bank and elected officials to present the grants to both of these wonderful businesses! It is an honor to make an impact and .
Click on the Brooklyn Reporter article to read more.

Councilwoman Inna Vernikov Diana C. Richardson City Council Member Darlene Mealy
Great coverage of the Club in this week’s edition of “On the Avenue.” Thank you Brooklyn Reporter!
Don’t “Fuggedaboutit” … IKEA Brooklyn celebrates Midsommar this Sunday, June 26th from 2:30 - 5:30pm in the Swedish Restaurant with live music by The Swedish Meatballs! Party will include selfie wall, activities and chance to win special edition Midsommar BLOMMA sets! Of course traditional Midsommar dishes will be on the menu! See you then! ;)
Thank you for sharing the good news Brooklyn Reporter!
We're just one week away! Thanks Brooklyn Reporter!
CROOKEDEST DEAL IN BAY RIDGE HISTORY? Justin Brannan at the heart of it cramming a school in where no one wanted it. This property has a lot of controversy because of how it was flipped for twice the price!
TWO SCHOOLS IN OUR AREA WERE DECIDED LIKE THIS – WITHOUT INPUT FROM THE COMMUNITY.
READ THE ARTICLE. Shameful, and the same goes for CB 10.
PANTHERS IN THE PRESS: Adelphi Academy of Brooklyn Upper Schoolers Maxelle, Reena and Yura were thrilled to return from Spring Recess to find out that they had been featured in the latest edition of Brooklyn Reporter’s popular "On the Avenue" column for their contributions to The Adelphian — Adelphi's award-winning art journal! They each also received print editions of the newspaper to take home, show their families and enjoy. Congratulations!
Thank you for the coverage Brooklyn Reporter! Ben-Bay Kiwanis is proud to support Brooklyn's Memorial Day Parade!
Ink from the Brooklyn Reporter

Other Newspapers in Brooklyn (show all)