“The Minions Do the Actual Writing”: The Ugly Truth of How Movie Scores Are Made

A thought-provoking article. BTW, I have a PDF if you're unable to read it online. https://www.vanityfair.com/hollywood/2022/02/the-ugly-truth-of-how-movie-scores-are-made?fbclid=IwAR1YvU23PcZAjZKPUQhNuL2Lsim-UWKgbCdXYtOA4cSMXsZimf0xiwCrdps

The streaming revolution is changing the way film composers get paid and exposing the flaws of a system where big names farm their scores out to uncredited “ghost composers.” Now, the artists actually writing the music are demanding recognition—and a fair share of the profits. 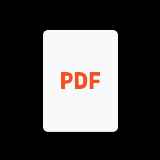 FYI, here is a resource for game and film music composers: https://www.dropbox.com/s/jlok3n3ceikmjd5/mk_game_film_audio_resources_v3.pdf?dl=0&fbclid=IwAR2A7ab5TSzSUAMKJLSgqVrT7GTw4p9hn2r5XmUCsZzKL66wjPc2SxppgCU

Top Sound Designer Skills: what video game companies looked for when hiring in 2021

FYI, for those interested to do music for games.

What are most video game companies looking for when hiring sound designers? What skills should I be focusing on and learning more about to be a competitive candidate in game audio? Over the past year I collected over 120 posts from publicly posted listings to find out more about these questions. A l...

Hi. There is an online concert at 7pm tonight, featuring some of our Sonic Arts students, & other students! Link is below.
Concert program:
1) Zhi Chen- Wipeout
2) Melissa Kaitlyn Carter - Rubble
3) Jared Rosen - Chit Chat
4) Parker Allen - Eight Different Times in my Life
5) Emmanuel Ortiz - Echo
6) Ian Douglas Moore - Describe How the computer has been used as a tool for Warfare
7) Rubens Salles - Waves of a Radio
8) Shane Chapman - You Deserve to Be Here
9) Nate McManus - Uninstall

Zoom is the leader in modern enterprise video communications, with an easy, reliable cloud platform for video and audio conferencing, chat, and webinars across mobile, desktop, and room systems. Zoom Rooms is the original software-based conference room solution used around the world in board, confer...

BC students can get a FREE membership in Grammy U! Look for my email. Here is signup form: https://forms.gle/cjbfo4fhznXLTLYUA

Composing In The Technological Age

Dear Feirstein -- Hi. FYI, I (Doug Geers) am one of five composers featured in this new documentary video, "Composing in the Technological Age." Check it out! https://youtu.be/wzymgVeKWBo

Collide-O-Scope Music Presents: "Composing In The Technological Age"Conversations with five composers about their relationships with technologies, including ...

Great guest in Geers' class this week. 10:30am, computer lab. All are welcome.

We're excited to have composer Carla Scaletti, president of Symbolic Sound corp, speak to students of our Computer-Assisted Music Composition course this Wednesday morning, 10:30, at the Feirstein School! If you'd like to join us, contact Doug Geers for guest access.

Check out the interview with Angela Piva!

Music industry veteran Angela Piva talks Naughty By Nature, her long history with Roland, and the future of music: the kids!

An M.F.A. and Her Mother's Memory

Leah is grateful for all the support she's received from Feirstein Graduate School of Cinema and the Conservatory of Music at Brooklyn College Graduate Students.

And, Leah has just launched a Kickstarter campaign to support mastering and distribution of her debut full-length album Play Beautifully. To connect with this project, visit

A media scoring student rediscovers her voice after a family tragedy pushes her to reconnect with music making.

New album just arrived by brz, aka our own student Elijah Pouges! Check it out!

On 4/11, X-Files Composer Mark Snow returns for a masterclass with our Media Scoring students for the 3rd year in a row, can't wait to see him again! (Please RSVP if you would like to join us)
.
.
.
#ascap #ascapfoundation #marksnow #xfiles #feirsteinmusic #feirsteinfilm #brooklyncollege #filmscoring #tv #film #music #nyc

Congrats to Professor, @d.d._jackson for his 5th Emmy nomination! For his writing on Peg+Cat. He was nominated for a Daytime Emmy in Outstanding Original Song in a Children's or Animated Program.
.
.
.
#emmys #daytimeemmys #mediascoring #songwriting #feirsteinmusic #feirsteinfilm #nyc

Does anyone have a mellotron? Holler at Leah Shaw if so.

Welcome back and congrats to the new students in Media Scoring! 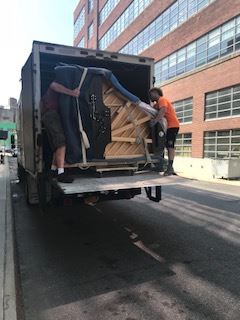 A new Steinway for our Feirstein recording studio has arrived! Thanks much to Angela Piva for the photos!

Woo A and Woo B (Rihanna) - Covers by Leah Shaw

Shoutout to Teo Blake for so much work producing these. Also to Mike Cassedy for delightfully weird FX processing on Woo B—plus Max, Jaydee, Aaron, Tamara...music party all here 🙌🏽🌟🎶

Congratulations to the first graduating class @feirsteinschool ... all the directors, producers, writers, editors, cinematographers, composers, sound designers, mixers, engineers, and musicians, and everyone who contributed to the thesis films. It was truly a collaborative effort. Exciting to see/hear the films on the big screen @bam_brooklyn
.
.
.
#feirsteinfilm #feirsteinmusic #thesis #BAM #brooklyn #brooklyncollege #filmscoring #sound #music #nyc #madeinnyc 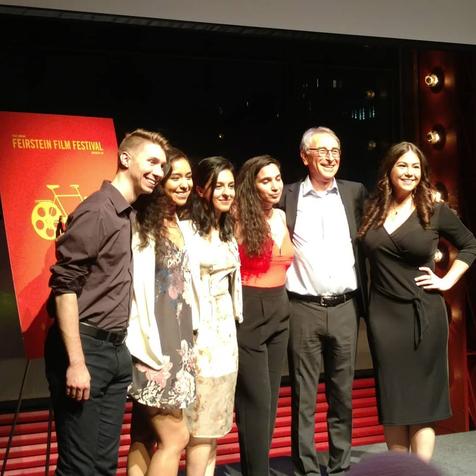 Congratulations to the first graduating class @feirsteinschool ... all the directors, producers, writers, editors, cinematographers, composers, sound designers, mixers, engineers, and musicians, and everyone who contributed to the thesis films. It was truly a collaborative effort. Exciting to see/hear the films on the big screen @bam_brooklyn .
.
.
#feirsteinfilm #feirsteinmusic #thesis #BAM #brooklyn #brooklyncollege #filmscoring #sound #music #nyc #madeinnyc

Be the first to know and let us send you an email when Feirstein Music posts news and promotions. Your email address will not be used for any other purpose, and you can unsubscribe at any time.