Making movies without making a mess.

Do you dream about making movies AND feel a calling to help save the planet? We’ve all been there: It’s a beautiful summer day on location, the lights are HOT, and everyone’s pounding plastic water bottles. You just wrapped that martini shot, and the dumpsters out back are suddenly bursting with walls, costumes, and bulbs. If only there was a way to make this movie WITHOUT making a mess...

Our (unofficial) mascot, Globie, has good news! Earth Angel is cleaning up the entertainment industry, and we’re always looking for help. To apply, visit us at earthangelsets.com/jobs - It’s a great day to be an Eco PA!

#Repost @mananalu.water That’s right. Every bottle of Mananalu you drink removes the equivalent of one plastic bottle from ocean-bound waste. This bottle also happens to be aluminum, which as you know, is not plastic... so when you drink Mananalu you double down on your #makewaves points. Help us remove an additional 1M bottles this week by posting your swap. Are you with us?

That’s our kind of date! #EcoMeme

Have you binged the first three episodes of The Staircase on @hbomax yet? #GreenSet

This month’s Eco Hero is 17 year old Environmentalist, Sarah Syed. Sarah was named one of the Top 25 Under 25 Environmentalists in Canada and also serves as an Innovator at The Knowledge Society. Her passion leading our global fight against the climate crisis led her to start her own organization called You Are the Change, and to pursue scientific research alongside her humanitarian efforts. She has researched biodegradable plastic made from food scraps which can degrade in water and soil. In addition, she prototyped a synthetic-polymer oil spill remediator for oceans that can be recycled and reused. Thank you, Sarah, for giving us even more hope in our future leaders.
•
•
•

EOB was this week’s guest on the Socially Deconstructed Podcast alongside Allison Begalman, CEO of @ YEAimpact. Check out the full episode to hear about what’s actually going to happen if all of us don’t get it together and do our parts to save the planet. #linkinbio

We are so excited about the launch of the Good Energy Playbook - a groundbreaking resource on climate narratives for the industry. Congratulations to all of the many partners and contributors on this fantastic work!

#REPOST @yeaimpact 📢 Good Energy: A Playbook for Storytelling in the Age of Climate Change IS HERE! We're so honored and excited to be a part of the #GoodEnergyPlaybook! @yeaimpact is a proud producing partner in this initiative created by @goodenergystory alongside over 40 incredible industry/climate organizations worldwide. In this project, we worked on the distribution and digital release strategy and the writing / research development of the Playbook itself. Our fellow @allisonbegalman is one of the team writers which also features contributions from our peers @thealword @heatherfipps and many other YEA! community members.

The #GoodEnergyPlaybook is a digital guide to weaving the climate crisis into existing shows and screenplays as well as new stories.
Read now at
goodenergystories.com/playbook

We’ll definitely be watching the ROAR premiere on @appletvplus tonight. Will you? #GreenSet

@appletv’s wecrashed is back tonight! Tune in for some #greenset content!

New Blog Post Alert! Check out the link in our bio to find out how the Angels show love to our planet. #EveryDayisEarthDay

This is not an April Fool’s joke. #climatechangeisreal

Recycling Day is Every Day! We’re doing our part to ensure recycling is done effectively on set. Our Doggyguard Vito makes sure all of our bins stay safe and clean between projects.

If you’re ever having a hard time finding where to recycle specific materials, check out the iRecycle app!

We were on the 21st Century Entrepreneurship Podcast talking about production sustainability and business. We dive into the idea of if businesses behaved responsibly and governments provided social safety nets, would we need as many non-profits? Check out the full episode in our bio! #GreenSet #easpeaksup

#REPOST @yeaimpact YEA! is back in-person with our outdoor town halls. While we know COVID-19 is still very much a thing and will take all the necessary safety precautions, we want to get together and build community IRL again. We have a LOT of work to do!

Homelessness: On Our Streets & On Our Screens is the first of our 2022 Town Hall event series. Our town halls focus on teaching us, as well as helping us take action, on pressing social issues happening in our industry, city, and world.

Join @youngentertainmentactivists for a jam-packed evening of programming and networking, starting with a live performance by singer/songwriter/activist @trishesmusic followed by a Keynote Address, a panel discussion with TV writers and activists, interactive breakouts with community leaders, and a Call to Action. We'll be co-presenting this event with our friends at @thelamission.

More programming and talent updates TBA! Get your tix before we have to cap xoxo

We were on the newest episode of The Sustainable Act Podcast. Thank you for having us, @thesustainableact! Check out the full episode in our bio. #GreenSet #EASpeaksUp

It’s the last Saturday in March, which means it’s time for Earth Hour! Tonight from 8:30PM-9:30PM local time, we’ll be joining millions of people across the world to increase awareness and spark global conversations on protecting nature not only to combat the climate crisis, but to ensure our own health, happiness, prosperity and even survival. So, grab a book, light a candle and give your electricity a break.

AICP and APA are teaming up to collect humanitarian aid for our fellow production community in Ukraine. For more information, visit the link in our bio. #StandWithUkraine

You want more #greenset content? Check out @appletvplus’ The Last Days Of Ptolemy Grey. We can’t wait to watch this one streaming now!

Our very own Jennifer Sandoval, Earth Angel’s Director of Services, had the pleasure of being a guest on the latest episode of the @sustainablebrowngirl Podcast. Check out the full episode in our bio!

We’re looking forward to being a part of Green Global Media Network’s Hong Kong Workshop. @ eob will be alongside sustainable professionals from across the globe. For more information on the workshop, check out the link in our bio!

Have you seen @appletvplus’s Severance yet? Don’t miss the fresh, #greenset content!

Our Eco Organization of the Month is Outdoor Afro, the nation’s leading network that celebrates and inspires Black connections and leadership in nature. Be sure to follow @outdoorafro to support their endeavors.

Find out more in our bio!

We’re so honored to have worked with our client, @primevideo The Marvelous Mrs. Maisel from the beginning. Catch Season 4 streaming now!

Our Eco Hero this month is co-founder and executive director of WE ACT for Environmental Justice, Peggy Shepard! She has successfully combined grassroots organizing, environmental advocacy, and environmental health community-based research to become a national leader in advancing environmental policy and the perspective of environmental justice in urban communities to ensure that the right to a clean, healthy and sustainable environment extends to everyone.

New Blog Post Alert! Check out the link in our bio to find out how the Angels spent our first annual Day of Service. #community

Be the first to know and let us send you an email when Earth Angel posts news and promotions. Your email address will not be used for any other purpose, and you can unsubscribe at any time.

Send a message to Earth Angel: 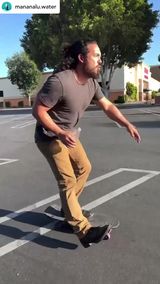 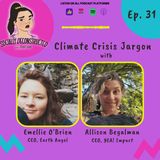 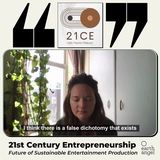 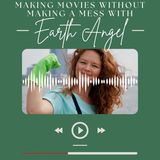 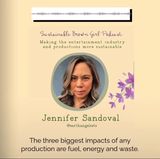 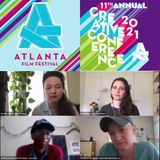 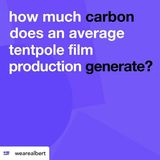 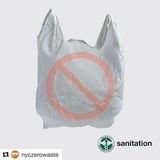 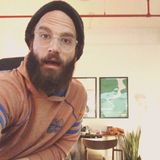 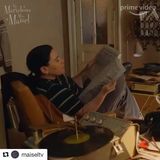 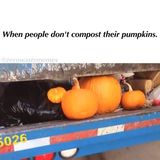 Day 1 of our latest project "Windows on the World" 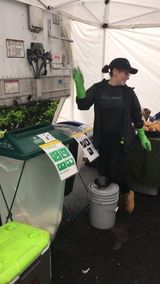 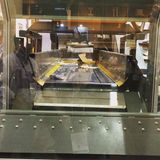 Earth Angel | This is what a green set looks like

Make Movies (and TV Shows) Without Making a Mess

Earth Angel’s mission is to integrate a standardized method of environmental accountability throughout the entertainment industry. Our sustainability consulting services provide the skilled labor, equipment, metrics and resources that effectively reduce the carbon footprint of entertainment productions, while increasing efficiency and leaving a positive impact on local communities. We believe that entertainment should never be made at the expense of the environment, but instead harnessed for its cultural influence to effect positive social and environmental change in our society.

In only five years, Earth Angel has serviced more than 30 projects and demonstrated the substantial impact of having a designated Eco Department tasked with managing production sustainability. The measurable impact of our services provides valuable data that leads to better resource management and thus cost savings. To date we have diverted more than 3,350 tons of waste from landfills, avoided the use of more than 1.7 Million single-use water bottles, facilitated the donation of more than 75,000 meals to food banks, avoide more than 6,800 metric tons of carbon equivalent emissions, and helped save our productions more than $1.1 Million.