Daily News, Rumors, Scores, and more! Follow us on Twitter at @BKNInsider! This is strictly a fan site, for fans, by fans. We are in no way affiliated with the Brooklyn Nets, or the National Basketball Association.

The Nets are back in Barclays tonight with a matchup against the Blazers! They are currently 30-29 and sitting in the 6th seed in the Eastern Conference to start after the All-Star break.

Should we bring this page back to posting daily about our Brooklyn Nets?

Brook Lopez thinks he will play tonight against the #Sixers.

The Nets and Heat will wear "Name Collection Jerseys" or Nickname jerseys on March 12th and April 8th against each other. Players were able to choose the nickname that appeared on the back of their jersey.

Here is a list of the known nicknames on the back of Nets Players jerseys:

The Nets will wear these 'Alternate Home Jerseys' on the following dates:

Twitter for the most up-to-date Nets News, Updates, and More! 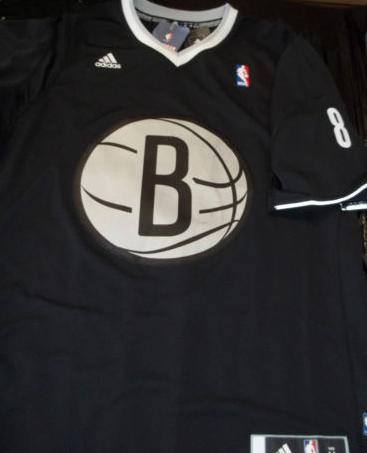 The Nets, and all other teams playing on Christmas Day, will be wearing alternate jerseys. "The jerseys will have sleeves and, more intriguingly, will not have uniform numbers on the front. Instead, they will carry a team logo on the chest". (VIA: ESPN)

DERON MAY PLAY FOR FIRST TIME THIS PRE-SEASON

Deron Williams has been officially ruled a game-time decision for tonight's pre-season finale against the Heat in Miami. If Deron plays, this will be the first live action Deron has played all pre-season. He has been looking good in practice and pre-game shoot-a-rounds according to team officials and media reports.

Deron Williams participated in 5 on 5 half-court contact drills today for the first time. Deron Williams (Ankle) , and Andrei Kirilenko (Back) will both be OUT for tomorrow's pre-season match-up at the Boston Celtics.

Andray Blatche will be starting in place of Kevin Garnett (rest) tonight vs. Boston.

Deron Williams (ankle), Jason Terry (knee), Andrei Kirilenko (back spasms), and Tyshawn Taylor (ankle) are all OUT for tomorrows Pre-Season game in Philadelphia.

The NBA has suspended Nets HC Jason Kidd for the first two regular season games against Cleveland and Miami. Kidd plead guilty to driving while impaired in July 2012, in result, a two game suspension. Nets GM Billy King says, "The decision is consistent with what the league has done in the past and we look forward to Jason leading our team versus Orlando and the rest of the year." 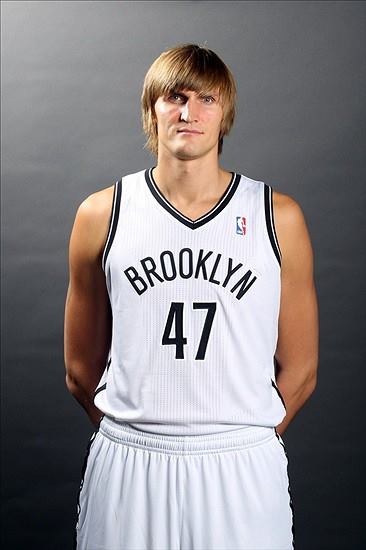 According to ESPN.com, there is a possibility of the Nets and Heat wearing a "nickname jersey" for one of their four match-ups. The NBA has not officially announced the plan, but teams have been aware of the likelihood of it happening for at least several weeks.

The Nets will retire Jason Kidd's #5 this season. (VIA: Brooklyn Nets)

KG: I FEEL THIS IS A CHAMPIONSHIP-CALIBER TEAM

In an interview with Li Shuangfu, Kevin Garnett said "I already feel this is a championship-caliber team." He continued, "They definitely have the temperament of a champion and Deron has a strong heart and strong personality --he's a good leader-- Joe Johnson too. They’re team players and I'm happy to join them." Earlier this week, when Garnett was asked what he would do if he was traded to Brooklyn without Paul Pierce, he said "I would refuse, if I was traded away, I would choose to retire, without a doubt, I would choose a direct retired."

According to a source, Jay-Z has sold half of his Nets Shares to Nets HC Jason Kidd. The reported cost is $500,000.

REPORT: NBA MEETS WITH NETS, KNICKS; TELLS THEM TO TONE DOWN THE RIVALRY

According to multiple reports, the NBA called the Nets and Knicks into a meeting and told them to tone down the rivalry. "There was such a meeting and the parties both said it was a very cordial and pleasant one," said one league official. The same official confirmed Stern assisted in getting the pair together in an attempt to prevent a wave of spitballs going back and forth over the Brooklyn and Manhattan Bridges.

(Quotes Via: Kurt Helin of NBC)

According to Fred Kerber of the NY Post, the Nets and Knicks will indeed split All-Star Weekend in 2015. He reports the Knicks will host the All-Star game on Sunday Night, and the Nets will host All-Star Friday and Saturday. Events like the Celebrity Game, the Rookies vs. Sophomore Game, the Skills Competition, the 3-PT Contest, and the Sprite Dunk Contest will take place at the Barclays Center.

According to Dave McMenamin of ESPN.com, Adidas has made short-sleeve alternative jerseys for all 10 teams playing on Christmas Day. The Nets will play the Chicago Bulls on Christmas Day this season in Brooklyn.

PROKHOROV: NETS HAVE PLAN FOR 2016

In an interview with Sport-Express' Eugene Dzichkovsky, Nets Owner Mikhail Prokhorov said the Nets have their plans for 2016. He said, "Two years from now, when our payroll will clear, we will be even stronger. I cannot reveal the names of the stars, which, having become free agents will want to go to Brooklyn." He continued, "For such things, the NBA would fine me. But, believe me, there are such people. Our front office does not sit around and wait for the future." Deron Williams, Joe Johnson, Brook Lopez, and more players on the Nets current roster will be Free Agents by the 2016 Off-Season. Players such as Kevin Durant and Kevin Love will be Free Agents in 2016.

In an interview with Bleacher Report, Nets 1st Round Pick Mason Plumlee hinted the Nets will retire Jason Kidd's #5 this season. He said, "I wanted (number) 5, 5 is the number I wore in college, I don't want to spoil it, but I think they're going to retire it."

Below are some key games for the Nets 2013-14 Regular Season:

Tune in tomorrow (6PM on NBA TV) as the NBA releases the 2013-14 Regular Season Schedule.

Below are some Regular Season games that have been leaked through the media:

The NBA will release the entire Regular Season schedule on August 6th at 6:00 PM on NBA TV. For more schedule updates, follow us on Twitter at @BKNInsider.

The Nets will open the season in Cleveland against the Cavaliers, then will play the Miami Heat in Brooklyn for the Home Opener (November 1st).

The Nets have signed Swingman Alan Anderson to a 2-year deal for the Veterans Minimum. Anderson has a player option for the 2nd year.

Be the first to know and let us send you an email when Brooklyn Nets Insider posts news and promotions. Your email address will not be used for any other purpose, and you can unsubscribe at any time.