Our vision? To provide services that helps people personal projects and small businesses with promot About RAW Curves Media, LLC. Where Curves Can Talk

To RAW Curves Media (RCM), there is nothing more sacred than a photo or video, which is why we help clients capture special moments and share their stories through film.

While other businesses focus on the entertainment industry, we aren't interested in becoming magazine publishers. Our goal is to join the independent media circuit. What We Look for in Crew Member:
RCM employs a staff of interviewers, videographers, and photographers with diverse backgrounds to ensure we can capture the right footage no matter the event or occasion. When it comes to being a member

While other businesses focus on the entertainment industry, we aren't interested in becoming magazine publishers. Our goal is to join the independent media circuit. What We Look for in Crew Member:
RCM employs a staff of interviewers, videographers, and photographers with diverse backgrounds to ensure we can capture the right footage no matter the event or occasion. When it comes to being a member 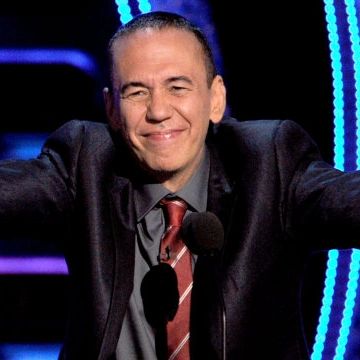 Gilbert Gottfried, the comedian, “Aladdin” star and owner of the most recognizable voice in Hollywood, has died after battling a long illness, his family announced Tuesday. He was 67.

His publicist told the Washington Post that he died of myotonic dystrophy type 2, a form of muscular dystrophy.

“We are heartbroken to announce the passing of our beloved Gilbert Gottfried after a long illness. In addition to being the most iconic voice in comedy, Gilbert was a wonderful husband, brother, friend and father to his two young children. Although today is a sad day for all of us, please keep laughing as loud as possible in Gilbert’s honor,” his family wrote on Twitter. #rip

An African American Woman has been voted in to be newest Supreme Court Justice of the U. S. Supreme Court... #ketanjibrownjackson #ussupremecourt #scotus

Lordtttttt at this point #blacchyna need a little man fi dig out her hole sis got too much time on her hands . SHE TAKING THE #kardashians TO COURT AGAIN #leavethesepeoplealone

Paramount has dated Spyglass Media’s Scream sequel for March 31, 2023 and its untitled Bob Marley movie starring Kingsley Ben-Adir as the reggae legend for Jan. 12, 2024. The reboot of Scream… 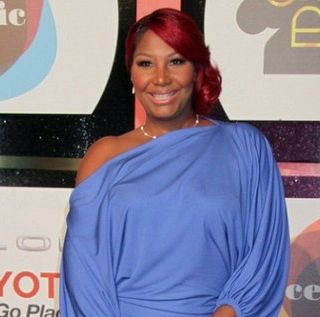 #RestInPower Heartbreaking news: #TraciBraxton has sadly passed away after losing her battle to cancer. According to @tmz_tv, she died on Friday. Please join us in sending our prayers and deepest condolence to the Braxton family during this difficult.

Johnny Brown, the actor best known for being the butt of jokes as building superintendent Nathan Bookman on the CBS sitcom “Good Times” in the 1970s, has died at the age of 84.

“Our family is devastated. Devastated. Devastated. Beyond heartbroken. Barely able to breathe,” she wrote. “… This is my mom’s husband for sixty one years, mine and JJ’s dad, Elijah and Levi’s Pop Pop, older brother to George and brother in law to Pat and extended family to Chris, Hihat, Damian and Derell. It’s too terrible. It will never not be. It’s a shock. He was literally snatched out of our lives. It’s not real for us yet. So there will be more to say but not now. Dad was the absolute best. We love him so very much.”

According to the post, Brown died Wednesday. Sharon Catherine Brown told TMZ that Brown was at his doctor’s office in Los Angeles that day getting his pacemaker checked out, and went into cardiac arrest shortly after leaving. He was taken to a nearby hospital, where he died.

The month of March has been designated Women’s History Month because of International Women's Day, which falls on March 8 every year.

The movement began in 1908 when thousands of women rallied in New York City for better working conditions and the right to vote.

In 1909, the first International Women’s Day was sponsored by the Socialist Party with a huge gathering of suffragists and women rights groups. The big breakthrough for women’s suffrage came on August 18, 1920, when women finally won the right to vote.

And today in the year 2022, Women are still making history and making waves for the future generations of women after.

#REPOST @nolarubiagarcia with @get__repost__app Idk who else needed to hear this today, but….
Ain’t nobody coming to save you!
#teacherlyfe

*this was on my stories, several folks asked me to share it to the feed. ✊🏼😔
#myfirstreel

#REPOST @tanikaray with @get__repost__app When the magic is on display!!!
Okkkkk I found her!!!!!. Go give this girl some love. @iamny_reed
The rest of the routine is fire too and she kilt it!!!

#REPOST @prettybigmovement with @get__repost__app In honor of the amazing @janetjackson Lifetime Documentary 🔑. It was such a pleasure to see her vulnerable side and witness the things that most women endure. We all have been there….. but it’s those trying times that build our character and make us the WARRIORS we are.

Janet is the blueprint yet the epitome of so many female artist/performers today. Thank you for being you. ❤️Job well done Queen 👑.

Anita Denise Baker (born January 26, 1958) is an American singer-songwriter. She is one of the most popular singers of soulful ballads during the height of the quiet storm period in the 1980s. Starting her career in the late 1970s with the funk band Chapter 8, Baker released her first solo album, The Songstress, in 1983. In 1986, she rose to stardom following the release of her Platinum-selling second album, Rapture, which included the Grammy-winning single "Sweet Love".

As of 2017, Baker has won eight Grammy Awards and has five Platinum albums, along with one Gold album.

Baker is a mezzo soprano, with a vocal range that extends her register to at least three octaves.

Who shares that funny moment during Zoom calls??? 🤣🤣🤣🤣

#REPOST @mariashriver with @get__repost__app Who else is ready to head into the weekend with a laugh? Let me know if you’ve experienced something similar in a meeting in the comments below! I especially the mug over the face to cover the laughs. I just might borrow that if I need it for any of my upcoming zoom calls! 😂 #fridaylaughs

Salute to these young Brothas...

#REPOST @theblackbillboard with @get__repost__app This Sad 😢 #repost Posted 👉🏾 @phil_moreland @iamsharbates Condolences to the King & Alexander families. It’s so sad to see because it’s so many more souls suffering than meets the eye.

I just want to say if you’re depression or feeling unloved or unwanted always remember it’s SOMEONE that wants to help you, someone that wants to show you how important, how beautiful and how special you are even if you don’t know them.

If no one has told you today I love you.

GOD only created one person in the world like you. And even if you haven’t figured out why you’re here yet, it doesn’t negate your purpose.

It’s okay to not be okay… But everyday is a new opportunity to make it better.

#REPOST @blessed1keesh with @get__repost__app If” move back and let me teach you a thing or two about a thing or two” were a person. She came with that heat 😍😍😍🔥🔥🔥, sis move better than me 😩. Keep that fun, positive, energy going @groovingorilla we are laughing WITH you!!! 😂😂😂🙌🏽🙌🏽💪🏽💪🏽

#REPOST @garychambersjr with @get__repost__app John Kennedy sent an email to his donors saying, “We cannot have another woke activist in the U.S.
Senate.”

Well, he’s been sleeping on Louisiana not delivering for the people. Chip in so we can run the numbers up on @senjohnkennedy.

David Marvin Blake (born January 18, 1970), better known by his stage name DJ Quik, is an American rapper, songwriter, DJ and record producer, known for his production in the G-funk style of West Coast hip-hop. Blake has collaborated with Snoop Dogg, Kurupt, Tupac, Erick Sermon, and Shaquille O'Neal, among others. Blake's stage name reflects his ability to produce songs in a short period of time. Some of his top songs include "Dollaz + Sense", "Tonite", "Born and Raised in Compton" and "Jus Lyke Compton".

Where she at tho??? #bigdudeseasoninfulleffect

I hope this ad works to not only destigmatize the use of marijuana, but also forces a new conversation that creates the pathway to legalize this beneficial drug, and forgive those who were arrested due to outdated ideology. #repostandroid #repostw10

Michelle LaVaughn Robinson Obama (born January 17, 1964) is an American attorney and author who served as the first lady of the United States from 2009 to 2017.

She was the first African-American woman to serve in this position. She is the wife of former U.S. President Barack Obama.

Be the first to know and let us send you an email when RAW Curves Media/Curvypreneur LLC. posts news and promotions. Your email address will not be used for any other purpose, and you can unsubscribe at any time. 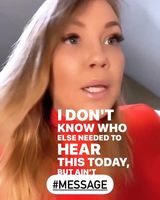 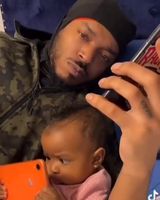 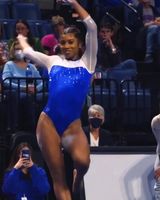 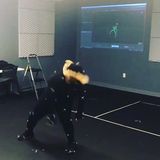 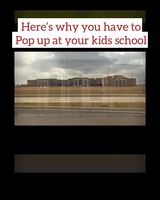 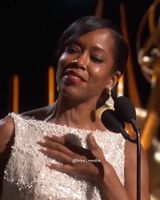 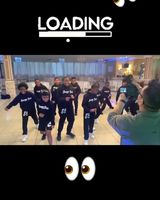 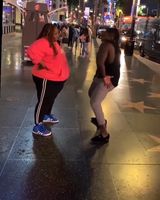 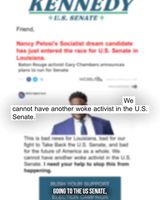 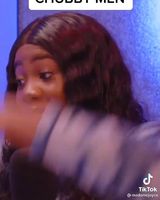 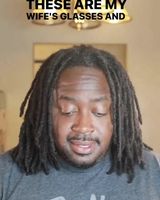 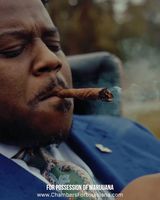 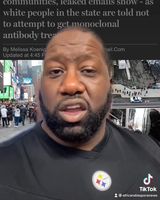 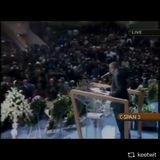 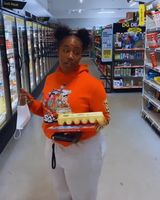 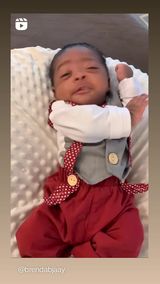 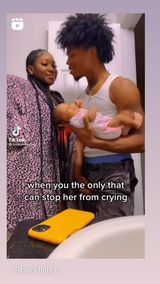 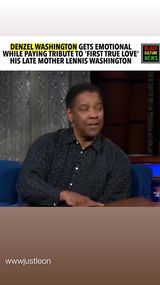