The pairing of the exposed brick and sunlight from the loft style windows, with the amount of great musical and recording equipment makes Brick by Brick the ideal creative and expressive environment. Located in Bushwick, Brooklyn, Brick by Brick is a well outfitted, budget friendly space, equipped with microphones from Coles, Mojave, Peluso and Soyuz. The outboard equipment ranges from Pultec equa

The pairing of the exposed brick and sunlight from the loft style windows, with the amount of great musical and recording equipment makes Brick by Brick the ideal creative and expressive environment. Located in Bushwick, Brooklyn, Brick by Brick is a well outfitted, budget friendly space, equipped with microphones from Coles, Mojave, Peluso and Soyuz. The outboard equipment ranges from Pultec equa

Whoaaaa microphones! Been searching high and low the past year for some of the sweetest sounding ones. These are just a couple from the collection. I took this photo as a feature for my website. Also updated the video section with the latest workings to come from the studio. Take a look! Link in bio!!

Picked up this RCA 77D from @colepicksvintage almost a year ago and it has been a staple on Front Of Kit for drum sessions. Killer for that old school vocal vibe too! Proud of this one. Recorded, mixed, and produced here at BBB. Wow, this 176 sounds amazing. I’ve never used, and heard anything like it. It feels moody and old, and imparts a sound more than any other piece of outboard gear that I own. I don’t know anyone that has a 176, nor do I even have a plugin version. The closest relative being the plugin version of a Fairchild 670, being only comparable in that it uses a variable-mu tube to obtain compression. So testing this unit was quite a ride for me when completed.

The more hardware I build, the more I get these aha moments. Those moments when you have “heard” that sound before. The “that’s how they did that” moments. And I got that with the 176. I got exactly what I’ve read about for so long, the larger than life sound, the soft top end, the in your face positioning. Dialing a sound with a vocal, or bass guitar places the sound in the mix, and it doesn’t move. The sound gains weight, but doesn’t get muddy. The sound now has a slight attitude, and it feels like a record.

As with my last two LA2A builds, I attempted to incorporate as many period correct components as I could. Most important are the transformers. The 176 has four in total. As to original spec, I installed a UTC O-1 input and A-18 Interstage transformers. The original output transformer was custom build specifically for the 176. It being a custom build and only used on the 176, they are impossible to find these days. Luckily Sowter makes an excellent copy. Last is the power transformer which are readily available and have no impact on the tone of the unit.

The input and output attenuators are Langevin. All tubes are NOS from Christian at Pro Audio Tubes. The 6BC8, 12AX7, and 12BH7 are RCA. The 176 was littered with 1% Mil-Spec resistors. These type of resistors are still made today in the US by Vishay/Dale, and are some of the best out there for low noise and reliability. CONT IN COMMENTS!

This 176 is no joke. Makes building a LA2A seem easy! UTC input and interstate transformers. Sowter ouput because the originals are non existent. Yeah, excited to hear this.

Some say, if you made it out to the shadow wick, there’s a mad scientist who knows the secret formula of the Klon.

Happy Holidays everyone! On the left we have a UTC HA100X, a rare input transformer for the LA2A. And two O-12s for the input of the 1176. Both will be for builds over the next couple months. #utctransformers #vintageaudio #la2a #1176

4 sale! Pair of NOS Shure 545 UNIDYNE III. These are new old stock to the T. Original box, mic clips, velvet case, hang tags, even a handy guide for micing tips. There is literally not a scratch on these. $650. Grab it before it goes to reverb. #vintagemicrophone #shureunidyne #microphone #recordingstudio #ʀᴇᴄᴏʀᴅɪɴɢᴇɴɢɪɴᴇᴇʀ #shuremicrophones @shure

Oh boy. If you don’t like B15s you should unfollow now. Might be an overload of photos over the next couple days/years. #ampegb15 #vintagebass #ampeg #portaflex #vintageamplifier #bassguitar

Acoustic setup for @rowenet. @soyuzmicrophones SU013 and a M160 pointed at the 12th fret, and a @mojaveaudio MA301 on the body side angled slightly towards the sound hole. I also used a EV635 in place of the M160 for vibesss. I’ve been working on this rack for years now. Learning basic electronics and knowing how to solder is essential to my business. I’ve built 10 out of the 12 preamps I own thanks to @hairballaudio and @capigear. I built a hand wired LA2A and an 1176. Audio equipment is expensive, and I know why, only a human being can wire a LA2A, or solder a PCB with through hole components. I am so grateful to the DIY community for putting together such beautiful sounding pieces of equipment at such a low price. You pay for it in time, but when you look back at the work you’ve done, and know you built something that will last beyond your life it’s worth it. #diyaudio #hairballaudio #throughholecomponents #capigear #2520opamps #vintageaudio #universalaudio #audiotube #pultec #eqp1a #vp28 #vp312 #hairballlola #audioscape #dakingaudio #antelopeaudio #1176 #recordingstudio #homestudiosetup

When your ride cymbal is bigger than your kick drum!

I know everyone loves transformers as much as I do. I mean they make the audio world go round. Here’s a shot of two UTC transformers. A10 on the left and an A24 on the right. These will be used as the input and output transformers in my DIY LA2A build.

*Nerd Alert*
When I first acquired a Pultec LCS-2, which is a two channel passive low cut filter, I noticed that when I inserted the filter at any frequency there was actually a sizable boost in the the frequency just above the one that was selected. Perplexed by all this I took to the internet. A thread on GS told the story of an engineer that had a “modified” version of this very unit, and would use it on kick to fatten up the sound. So I took a peek inside of my unit, and it didn’t look like anything was tampered with. So I did more research, and while looking at buying some cables to connect the terminal strip of the unit to my patchbay I noticed that sellers were adding in a 600ohm resistor. The sellers, knowing that if a piece of gear has a terminal strip on it it had to be old, and the standard for older gear was to have 600ohm load at output. With this insight I searched my tool box for a 600ohm resistor, found a 640ohm one, and strapped it across the + and - terminals of the output, and viola, the filter worked as it was supposed to. I started looking up manuals for vintage equipment and noticed that most say “Output Impedance 600 ohms”

So today I took to seeing if my Pultec EQP-1A needed the same. In the manual it states that the output impedance can be 600, 250 or 150 ohms. I then played some music through the unit and would put the resistor across the terminals to see if I could hear a difference. After hearing no real change in the sound I figured that it wasn’t necessary. I then took to the internet again as I was puzzled by this. After reading an eBay auction for the above mentioned cables to connect this unit I noticed that it said it was due to a resonance that can occur in higher frequencies. So I ran pink noise through the unit and alas, I could hear a slight boost in the high frequencies without the 600ohm resistor.

In conclusion, if you have vintage audio equipment, check the manual for the output impedance, if it states that the ohmage of the output transformer is 600ohm, throw a resistor on! Super nerd sh*t huh?!

The two vocal mics used for @dailey_andy on his last session. A @mojaveaudio MA300 for lead and a @pelusomicrophonelab 2247 for background. These through a 1176 and a Pultec always sound brilliant.

There’s nothing like micing an instrument from a foot away. Please welcome this @akgaudio D12 to the fam!

More videos sessions from the studio. This time around we have Sun June out of Austin, Texas. Take a listen!

Austin-based band Sun June refer to themselves as “regret pop.” Their sound exudes more heart and less theatrics, which is exactly how we see them in this Buzzsession, filmed at Brooklyn’s Brick By Brick Studios.

I never have time to snap photos during these sessions, too many microphones to manage! Luckily Maddie was there to snap this. What a rad session, still can’t get over these vocals!

#RepostPlus @luckybirdmedia
- - - - - -
Happy weekend! Pearla is so much more fun than Saturday morning cartoons, and she's playing for The Wild Honey Pie at the lovely Brick By Brick Studios today.

BBB is now offering audio production lessons! Learn how to improve your recordings with compression, EQ, and microphone placement. Mix in Protools, or ditch the computer for a some analog tape. Learn how to solder and build your own equipment. Stop by for a visit!

Book a session and come hang at BBB! @ Brick By Brick Studios

Be the first to know and let us send you an email when Brick By Brick Recording Studios posts news and promotions. Your email address will not be used for any other purpose, and you can unsubscribe at any time.

Send a message to Brick By Brick Recording Studios: 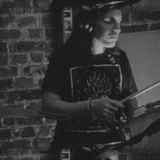