Islanders Insight, a website credentialed by the NHL, provides news, opinions, and analysis on the N

The New York Islanders dropped six games in a row and find themselves in last in their division. The concern is starting to grow on the season.

The New York Islanders face the Chicago Blackhawks for the first time since 2019. Both teams are looking for their first win of the season.

‘We’ve Had Success Being in This Position,’ Still Confident Despite Trailing in Series

The New York Islanders remain confident after finding themselves in a familiar 2-1 series deficit to the Tampa Bay Lightning heading into Game 4.

It will be on Ryan Pulock and Adam Pelech to shutdown Sidney Crosby during the New York Islanders opening round series with Pittsburgh.

This is the Kyle Palmieri that the have been waiting for

Kyle Palmieri looked like the player the New York Islanders had been expecting to get when they traded for him at the deadline in Saturday's win.

The New York Islanders play the Buffalo in the first of two games as they begin to wind down the regular season. New York is still playing for positioning.

The are going to the playoffs

The New York Islanders clinched their spot in the 2021 Stanley Cup Playoffs on Saturday night with a 3-0 win over the New York Rangers.

“There’s an intangible in the game that you can’t put a number on and Leo is one of those guys.” -- Barry Trotz on Leo Komarov

Leo Komarov has received the ire of the fans during the season, but on Thursday he showed why Barry Trotz trusts him so much.

Give Kyle Palmieri a crack at the top line

There are seven games left in the regular season and the New York Islanders are trending in the wrong direction. Right now, it would still take a catastrophic collapse for the Islanders to miss the postseason, but with their five-on-five game struggling and their offense hard-pressed to find the bac...

Scott Mayfield has taken his fair share of criticism for how he's played this season, but he'll need to be at his best once the playoffs roll around.

New York Islanders Lineup Shuffle is Coming, but Who Moves Where?

Another roster shuffle is coming to the .... will it help?

New York Islanders head coach Barry Trotz told reporters on Monday that he will be shuffling his lines for Tuesday's game against Washington.

Travis Zajac joined the New York Islanders top line on Sunday, which gave the Islanders added experience on its most important line.

With Additions Already Made, Islanders Have Quiet Trade Deadline Day

The New York Islanders kept it low key on trade deadline day after already making their big move in the middle of last week.

Trade Deadline: Would Dustin Brown Be Right Fit for Islanders?

Should the go after Dustin Brown?

Dustin Brown has been linked to the New York Islanders for a trade deadline deal to fill the void left by Anders Lee's season-ending injury.

Anders Lee is done for the season

Anders Lee will miss the remainder of the New York Islanders season and the playoffs with an ACL injury, the team announced on Wednesday.

Here's what you need to know for tonight

The New York Islanders face the New Jersey Devils for the first of four matchups on Tuesday as they look to extend their stretch of good fortune.

The New York Islanders took the patient approach with young stars Oliver Wahlstrom, Noah Dobson and Ilya Sorokin and it is paying off.

What you need to know for tonight's game vs. Buffalo

The New York Islanders host the Buffalo Sabres for the first time at the Nassau Coliseum this season. It is their third matchup of the year.

The New York Islanders will face the Pittsburgh Penguins tonight at PPG Paints Arena. It is the third of six games they face them in this month.

NO BEAU: Islanders Lineup, Matchups and Game Notes vs. Boston

What you should know for tonight's game

The New York Islanders host the Boston Bruins at the Nassau Coliseum. A look at the Islanders lineup and other notes you need to know.

Evgeni Malkin's late third period goal turned the tide for the New York Islanders, who looked to be on their way to their third straight win.

Breakaway Save on Panarin by Semyon Varlamov Jump Started Islanders

Semyon Varlamov made a crucial third period save on Artemi Panarin early in the third period that helped turn the game in the Islanders favor.

Islanders Lineup, Matchups and preview against the New York Rangers

The New York Islanders will look to go for back-to-back wins when they face the New York Rangers. A look at their lineup against their crosstown rival.

After dropping five games, it's time that the New York Islanders put Kieffer Bellows and Oliver Wahlstrom in the lineup consistently going forward.

Shake it: Adjustments look to bring Islanders’ second line back into the fold

The New York Islanders have struggled to score this season, and a boost from Brock Nelson and the second line could change their fortunes.

“I think the number one thing they wanted to see me work on is just a little ex*****on. Just being sharper through and through. That’s my focus here in Bridgeport." -- Bode Wilde

Before the Bridgeport Sound Tigers opened training camp, Bode Wilde and Samuel Bolduc were getting their reps in with the New York Islanders.

In an effort to try and curb their current skid, the New York Islanders have been trying to get the "joy" back in their game heading into Philly.

The Bridgeport Sound Tigers see Andrew Ladd as an invauble resource for their young players and their development towards becoming NHLers.

North American Return Not Ruled Out for Josh Ho-Sang

Chris Lamoriello: ‘We’re Not Ruling Anything Out’ When it Comes to Josh Ho-Sang

Johnny Boychuk joined the Islanders on the ice Saturday for practice. Boychuk ended his 13 year NHL career in November due to an eye injury.

Breaking Down How Ilya Sorokin Played in his NHL Debut

Ilya Sorokin made his NHL debut on Saturday in the New York Islanders 5-0 loss to the New York Rangers. A breakdown of how Sorokin did.

New York Islanders goaltender Semyon Varlamov was injured on Saturday during warmups leading to the NHL debut of Ilya Sorokin.

‘I love it on the Island,’ Mathew Barzal Puts to Bed Thought He’d Want to Play Elsewhere

It was as if Mathew Barzal was answering all of the naysayers directly on Saturday afternoon after he signed a contract extension with the Isles.

New York Islanders forward Cal Clutterbuck revealed that he still didn't have feeling in three fingers from a skate he took to his wrist last year.

Teammates of Mathew Barzal Confident the Forward Re-Signs with Isles

‘I Know He Loves Being an Islander,’ Barzal’s Teammates Confident He Re-Signs with Islanders

Mathew Barzal still hadn't re-signed by the Islanders time camp opened on Sunday, but his teammates remain confident something will get done.

Be the first to know and let us send you an email when Islanders Insight posts news and promotions. Your email address will not be used for any other purpose, and you can unsubscribe at any time.

Send a message to Islanders Insight: 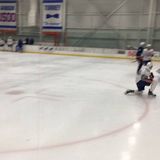 The Islanders have a really bright future!! 👀👀👀

Hey folks! After we win Game 3 - I will be hosting SportsTalk1240 tonight at 8. It is a great time to talk about the playoffs, why fans think they are smarter than the coach and think Ross Johnston should be brought in. Ugh!
Anyhow we will take calls during the 8PM hour - you can call the studio at 516-623-1240. Paul Kreischer will be on at 9 to talk about the series, and the rest of the NHL playoffs.
Two hours of Hockey Talk - how about ending your evening talking about the game we love. To listen, go to www.sportstalk1240.com or - you can go to 1240AM or 95.9FM at the south shore, and check out the show with my co-host John Panarese. See ya later!
Hey Islanders fans, check out my new book about the team. It has quite the list of people in it telling stories. From Stan Fischler to Pat Calabria, Arthur Staple to Brian Compton, Eric Compton to Larry Brooks, Bob Nystrom to Ed Westfall, Shannon Hogan to Brendan Burke and so many more.
Finally....! Butch should have been up there ages ago. Same with Tonelli.

Ken Morrow is the only 1 missing in my opinion. Perhaps Bob Bourne as well.
anyone want to go to the game in Buffalo and see against me the following day?
Noah Dobson: what's going on with this kid? He looks good. Plays a game, then sits for a few.
Dal Colle re-ups with the and Josh Ho-Sang faces judgement in 2019-20.

Hi Islander Fans! Islander Sandals is now in the US through https://the-sandals-and-stuff-rack.myshopify.com/ It has a model with colors similar to the Islanders Team colors!

$15 Per Pair & Buy 10 Pairs & Get 10% Off. Get Matching Pairs for your Family, Team, Club and other Groups. Proudly Philippine-Made since 88!
Anyone interested in tixx for Friday Game 1 at Barclays message me. I have 2 tixx.. Sec 218 Row 8
Remembering Jacob Morris Strongin, designer of the iconic NY Islanders logo:

My dad, Jacob Strongin was trained as graphic and typographic designer. In the early 1970's while freelancing from our home in Syosset, Long Island, he was hired to design a logo for a new National Hockey League team that would be playing at the recently completed Nassau Veterans Memorial Coliseum in Uniondale, New York. The elegantly designed insignia, which he created and refined over the course of a week in his basement studio, was an immediate success for the fledgling Islanders team and has been used as their logo for most of the last forty-six years.
Sadly, Jacob Strongin was struggling with bone cancer in 1980. Nevertheless, he was proud as he watched the Islanders--who were wearing the logo he had created--win their first Stanley Cup championship that season. https://www.facebook.com/nyislanderslogodesigner/…

https://www.facebook.com/nyislanderslogodesigner/?ref=bookmarks
End of an era! RIP!
My old boxing coach putting Ross the Boss through a workout (same guy who trained Brett Gallant how to chuck them).... Wilson, you’re gonna be Johnston’s bitch all season long baby!
x

Other News & Media Websites in Brooklyn (show all)