Sometimes you draw the lucky card... and suddenly you get to work with wonderful friends from different parts of your career and it's kismet meets deja vu in the best possible way! 🎬

SOMETHING THAT WILL GO DOWN IN MUSICAL HISTORY..
Visit Yahoo Entertainment's It List for an exclusive clip...
https://www.yahoo.com/.../it-list-pig-royalty-carrie...

SOMETHING THAT WILL GO DOWN IN MUSICAL HISTORY..
Visit Yahoo Entertainment's It List for an exclusive clip...
https://www.yahoo.com/entertainment/it-list-pig-royalty-carrie-underwood-guy-pearce-nailed-it-the-smiths-193956064.html

Watch the trailer for 'Shoplifters of the World,' about a Smiths fan who hijacks a radio station

'Shoplifters of the World,‘ the film about an armed Smiths fan who takes control of a radio station and forces the DJ to play The Smiths at gunpoint, has been in the works for a while and is finally coming out this month...

Watch the trailer for 'Shoplifters of the World,' about a Smiths fan who hijacks a radio station

'Shoplifters of the World,‘ the film about an armed Smiths fan who takes control of a radio station and forces the DJ to play The Smiths at gunpoint, has been in the works for a while and is finally coming out this month...

First Look at Sion Sono’s Prisoners of the Ghostland, Which Nicolas Cage Says is His Wildest Movie

Directed by Lydia Dean Pilcher, A Call To Spy is the true story of three World War 2 heroines.

‘A Call to Spy’ Review: A Sturdy Drama About WWII’s Overlooked Female Spies

AMC Networks-owned RLJE Films has swooped for U.S. rights to our film “Shoplifters of the World.” 🎬https://variety.com/2020/film/global/the-smiths-shoplifters-of-the-world-rlje-films-us-westend-films-1234768752/#article-comments

"A Call To Spy" was just listed in INDIEWIRE as "Women Rule in the upcoming IFC Films release A Call to Spy" AND recommended as one of "40 Must-See New Movies to See This Fall Season."🎬
When winning World War II seemed hopeless, one group of extraordinary women changed the course of history forever. #ACallToSpy, in theaters and VOD October 2! Check out the Official trailer here: https://www.youtube.com/watch?v=TbZgLKjrdnA&feature=youtu.be

Thrilled to announce that IFC Films is now set to release our WW II feature film "A Call To Spy" theatrically in North America this Fall! 😁👀🎬 #acalltospy #spycall #ifcfilms 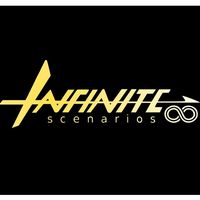 News from Santa Barbara International Film Festival this week and the US Premiere of "Liberte: A Call to Spy"

The festival takes place from January 15 to 25.

Very excited to announce my next Producing project: https://deadline.com/2019/05/anna-friel-kelsey-grammer-charming-the-hearts-of-men-1202623933/

English actress Anna Friel is set to co-star opposite Kelsey Grammer in Charming the Hearts of Men, a romance set in the 1960’s politically charged era. Susan DeRose wrote the script and is directi…

Our documentary, Take My Nose Please has been selected by Video Librarian magazine as one of 25 best documentaries of 2018!

The following list, which was selected and compiled by Video Librarian staff, honors the 25 best new documentaries that were reviewed in the magazine and online during calendar year 2018. Unless otherwise noted, the titles listed here are available from most distributors. 78/52: Hitchcock’s Shower...

That's a wrap on principal photography for SHOPLIFTERS OF THE WORLD! It's been awesome to have been a part of making this film happen! Look for it in 2019!

Gearing up for a new comedy Special that really couldn't come at a better time....

A fast-moving, hugely-enjoyable, surprisingly thought-provoking romp about a subject awfully dear to (but generally unspoken about) wome...

David Edelstein recognizes "Marjorie Prime" as one of the top 10 films for 2017 !

Including Call Me by Your Name, BPM, and Valerian.

The Orchard will release the award-winning documentary film Take My Nose Please in the United States and Canada.

Our review of Take My Nose Please is up!
https://indieentertainmentmagazine.com/doc-review-take-nose-please/
Go see it if you're in NYC or LA, and keep watch for it if you're not there!

Be the first to know and let us send you an email when Infinite Scenarios posts news and promotions. Your email address will not be used for any other purpose, and you can unsubscribe at any time.

Send a message to Infinite Scenarios:

music video "Butterfly" by the Floater Concept, circa 1998 — with Danny Steinman shot at HunterStock

music video "Aida Vega" by the Floater Concept, circa 1998 — shot at HunterStock

music video "Basement" by the Floater Concept, circa 1998

Check out the updated 2020 Infinite Scenarios website.
check out the Updated 2020 Infinite Scenarios website!
Over the weekend, "Liberté: A Call to Spy" screened to sold out houses in a "Special Presentation" on Pearl Harbor Day at the Whistler Film Festival in Canada. The audience loved our film so much they gave it a standing ovation - the first standing ovation the festival has seen in 7 years: “In my seven years as Director of Programming at the Whistler Film Festival, we have had a number of independent and studio pictures that have sold out all their screenings, as was the case with "Liberté A Call to Spy." But I have never experienced a spontaneous standing ovation at one of our screenings, as we did at the end of our second showing [of LIBERTÉ; A Call to Spy.]" The outpouring of appreciative emotion was unprecedented. It went on to win our Audience Award, of course, but with numbers that we have not seen since we opened our festival with La La Land in 2016." ~ PAUL GRATTON, HEAD PROGRAMMER
West Texas Film Festival, Directors & Producers Panelists.
BOTTOM OF THE 9th Official Trailer (2019) starring Sofía Vergara & Joe Manganiello Movie HD In Theaters July 19! https://www.youtube.com/watch?v=V_pTB_sNWbs&t=28
come join us for a special "Take My Nose…Please!" NYWIFT screening at the Anthology Film Archives next Wednesday!
In celebration of the first day of the New Year, here is a look back at my Top Ten films of 2018 (in alphabetical order). 22 July BlacKkKlansman Can You Ever Forgive Me? Hereditary Mind The Gap Private Lives Roxanne, Roxanne (of course!) The Favourite Three Identical Strangers Won't You Be My Neighbor?
Just announced! Take My Nose has been selected by Video Librarian magazine as one of 25 best documentaries of 2018.
Check it out & set those DVR's! The President Show Special. airing October [email protected] 10 p.m. on Comedy Central
Excited to announce the Air Date for our President Show Special on Comedy Central. Tune in 10PM ~ October 22, 2018!
Just wrapped on a new political Special for Comedy Central! Details & Air Dates coming soon!
Really excited to be on board for the latest President Show Special with these talented folks: