moviola.com
The Free Resource for Filmmakers

https://edu.moviola.com
The Moviola Ed Center is the leading education center for editors in the industry

The newest installment of our series "Impossible Shots" is up! Learn the art of face replacement in just over 30min and check out moviola.com for a huge FREE library of tips and tricks, webinars, courses and more!

Replacing faces happens more often than you think. From stunt doubles to twin shots to more exotic “crowd of clones” effects, face replacement is an important trick to have up your VFX sleeve. We show you how simple it is to create the effect with a couple of tracks and a touch of color correcti...

How to Make a Low Budget Pop Filter http://ow.ly/RDKw30klHnR

Reflectors are a great source of light for both stills and video. Using a translucent reflector to soften hard sunlight and a gold white reflector to reflect into your set for pleasing highlights is a great place to start. Grab your own reflectors at filmtools.com and try out these tips on your next shot. http://ow.ly/HuIa30klHNj

Using Reflectors SOURCE: The Slanted Lens Reflectors are a great source of light for both stills and video. Using a translucent reflector to soften hard sunlight and a gold white reflector to reflect into your set for pleasing highlights is a great place to start.

Having issues with your audio on your current project? Learn how to reduce the noise and get crystal clear sound.
http://ow.ly/FeJG30klHjE

Cleaning Audio Noise SOURCE: Film Riot Learn how to reduce the noise from your audio!

Setting Up and Running a Casting Call - Moviola

Setting Up and Running a Casting Call. Get the latest tips for #FREE at http://ow.ly/KfM930kh6tY

Setting Up and Running a Casting Call SOURCE: Film Riot Film Riot runs through an introduction to the casting process, as well as some casting call dos and don'ts.

How to Read and Use a Waveform Monitor - Moviola

Waveform monitors don't have to be complex. If you're confused, here's the simplest way to understand the waveform monitor and how to read it for exposure and grading. #Filmmaker #Tips #Tricks

How to Read and Use a Waveform Monitor SOURCE: wolfcrow Waveform monitors don't have to be complex. If you're confused, here's the simplest way to understand the waveform monitor and how to read it for exposure and grading.

Recording Great Audio In-Studio and On-Location
This session answers the question: what mics do I use and where do I place them to get great sound in-studio or on-location? This webinar is filled with LOTS of practical examples of different mics, techniques and locations to help you improve your sound.

During this session, host Larry Jordan works with two actors and ten different microphones in-studio and outside to not only talk about mics, but illustrate them.

Digital audio recorders
Where to set proper record levels
How changing mic position effects sound quality
What different mics sound like indoors vs. outdoors
How to use mics to reduce noise
Comparing desktop, handheld, headset, shotgun, and lavaliere mics
How and when to record room tone

This session answers the question: what mics do I use and where do I place them to get great sound in-studio or on-location? Learn how to use digital audio recorders, reduce noise, record room tone and lots more! 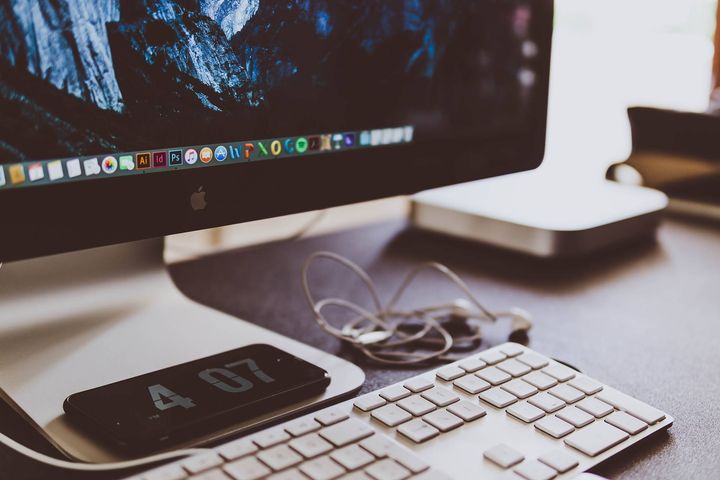 Learn how to create, import, and edit graphic elements and mattes on an Avid system using Adobe Photoshop. Sign up for our next class at moviola.com/classes
#Photoshop #Skills #Education

Get examples of the filters that you should be using the most often! A lot of people mistakenly assume that you can apply any filter effect in post-production, but this is not the case! Most, if not all, of the filters in this course cannot be duplicated in post!

How to Write a Logline - Moviola

#TIPSAndTricks - How to Write a Logline http://ow.ly/hhjF30jEHRK

How to Write a Logline SOURCE: RocketJump Film School A logline is a 1-2 sentence summary of what the core of your story is about. Not only that, it serves as a baseline from which you can communicate your story quickly and clearly to many different people. So crafting a good one is harder than …

The audio mixer’s job is to clean up the audio using a variety of tools and software. This includes getting rid of wind and ambient noises so that dialogue is clear and understandable. Learn more about this job here: https://moviola.com/visual-glossary/audio-mixer/

The audio mixer’s job is to clean up the audio using a variety of tools and software. This includes getting rid of wind and ambient noises so that dialogue is clear and understandable.

Listen to the ACE of Sicario discuss editing the film - http://ow.ly/9Nel30jEHIe

In this webinar we'll build a real world Motion project to show you what behaviors are, when and when not to use them, the difference between 2D and 3D behaviors plus much more.

How to Record Good Audio Quickly and Easily http://ow.ly/lE9C30jEGPv

Learn 5 Ways to Use Markers in Premiere Pro http://ow.ly/ClJ830jEHnM

Tom McArdel is an established editor that has worked on many pieces. Listen to him discuss editing #Spotlight - http://ow.ly/Jc4630jEHip

#Film Glossary - White balance refers to the process of neutralizing the color bias or tint in a digital image by adjusting the color of an intrinsic white in the image. Learn more about Filmmaking terms and more here: http://ow.ly/uqcL30jEGYI

white balance refers to the process of neutralizing the color bias or tint in a digital image by adjusting the color of an intrinsic white in the image. Candidates include white signage, white clothing, or a white tablecloth. When a video camera captures a scene it needs a reference as to what shoul...

Listen in on a conversation with Oscar-Nominated, Emmy winning editor, Hank Corwin as he talks about his work on The Big Short. The movie highlights four Wall Street men who predict an economic downturn. The men find themselves in the murky water that was the credit and housing bubble collapse of the mid-2000s. Corwin mentions his unique and liberating experience working with director Adam Mckay. He explains his philosophy of synergy in working on The Big Short. Jump into Hank Corwin’s world by listening to his interview on this award winning film. http://ow.ly/kl8u30jEK7j

In this webinar you will learn some of the most current video compression settings and trends being used, then we’ll show you how to use them to target specific users and websites. This will enable content creators to take advantage of these settings to optimize video for delivery.

Did you know our materials are FREE. Get up to speed with our Survival guides and more at moviola.com #Film #Filmschool #Filmmakers

Ever wonder why their is a timecode embedded in a video reference clip? That's called a Window Burn. Learn more about the term here: http://ow.ly/RPUG30jEG1A 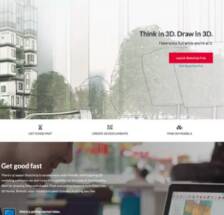 #SketchUp for #Previs - Learn more about it here: https://moviola.com/quick-start/sketch-up-for-previs/

Building a DIY Boom Pole SOURCE: Indy Mogul Ever watch a video and realize that you can't hear anyone talking? Well, make sure you don't make the same mistake as them as Indy Mogul shows you how to make you're own Boom Pole! Perfect for capturing all the audio you need!

Filming tricks, tips and more. All for free.
Learn more about www.moviola.com today!

Premiere Pro Survival Guide. Get the breakdown for FREE on Moviola.com - http://ow.ly/u2P930jEFpH

Be the first to know and let us send you an email when Moviola Learning posts news and promotions. Your email address will not be used for any other purpose, and you can unsubscribe at any time.

Send a message to Moviola Learning:

Pre-visualization is a major tool for any budget production that may be underutilized by most filmmakers. Although it adds some extra work up top, in the long run you'll spend less time on set figuring out what you need and where you need it. With minimal investment, you'll see an improvement in efficiency so you can spend more time on creative decisions and less on logistics. Get access to the full course at http://bit.ly/2Ir4tHl

How do I set up a #ChinaBall? Our friends at Filmtools are here to show you how.

Just a little cameo from #thiskidneedsmedicine plus some #magic. #filmtools #youtube #vidcon2015

If you don’t correctly frame your shot, you may accidentally alter the feel of the scene. #camera #fundamentals http://bit.ly/FramingCam

Learn the outdoor bounce lighting techniques through the Fundamentals of Lighting! http://bit.ly/3PointLight

This wk's VGT is on Cleanplate- an image of an effects shot w/the foreground elements removed! http://bit.ly/Cleanplate

Don't miss the insider interview on working with agencies in the film industry w/@burnsfilm! http://bit.ly/LegalAgencies

Get to the heart of capturing good audio on set by using the boom correctly! #fundamental http://bit.ly/Sound_Boom

Do you know what Chiaroscuro means? Find out from this wk's Visual Glossary Term! #lighting http://bit.ly/ChiaroscuroDefined

Learn to conceal information and create suspense through the editing fundamentals! #editing http://bit.ly/EditingFundamentals

Excited that one of the editors fro Dawn of the Planet of the Apes (!) AND an AFI Conservatory Instructor will be our special guest for Evaluating the Edit - Take 2, and will be evaluating a few selected edits! Submit yours by the deadline of 10/30/14!

According to producer Joel Soisson, there is no other category in film that's more misunderstood as producing! http://bit.ly/JoelSoisson

We are thrilled that Stan Salfas, one of the editors on Dawn of the Planet of the Apes, AND an AFI instructor will be the special presenter in Evaluating the Edit - Take 2. He will be evaluating your edits live! Don’t delay, turn in your edit by 10/30! http://bit.ly/AFI_Editing

Editors love coverage to ensure they get the story right. Are you filming enough? http://bit.ly/CoverageCam

Remember the street fight from The Anchorman 2? Find out how Brent White edited that scene! http://bit.ly/BrentWhite

Established in 1919, Moviola created the very first film editing machine. Changing with the times, we now offer a full service non-linear editing rental division with 24/7 workflow design and technical support, camera rentals, tape and solid state media sales. Our established training division offers leading edge onsite and online training for filmmakers, with weekly live webinars and a vast library of professional on demand training. On Moviola.com filmmakers can learn the art behind VFX, sound, cinematography, lighting and more for free. From the invention of film, Moviola has been the leading resource for filmmakers and continues to offer unparalleled support to the entertainment industry.

https://m.facebook.com/story.php?story_fbid=2589742181064074&id=100000849515237
Can't seem to access Moviola.com this morning from any browser. I just get a "Error establishing a database connection."
Today, Thursday Sept 20 at 11:30AM PST. FREE webinar with Gary Adcock. "Content & Workflow Management for Production and Post" Looking to get assets to editorial faster and more efficiently? Let Sony’s Media Backbone NavigatorX (NVX) Content Management and Workflow Orchestration platform help. In this NVX webinar and demonstration, we’ll show you the efficiencies to be realized with an acquisition-to-editorial camera proxy workflow, how NVX can help you quickly move selected assets to your NLE, provide seamless integration in an Adobe® edit environment and how you can effectively leverage your archived assets. Tune in. Ask Questions. You need to know this stuff.
The Reality of Unscripted Television Editing. FREE webinar with me and @vincentrocca Tuesday, April 17 at 11:30AM PST Discover many of the Tips and Tricks in the reality show editor’s toolbox to turn you into a pro in no time.