Happy St. Patrick’s Day from WB Costumes! We are feeling lucky with this Shamrock Showgirl styled by Kevin Ackerman ☘️

In anticipation of St. Patrick’s Day tomorrow, we are sharing this sprightly maiden dress from the 1947 film ‘My Wild Irish Rose’ - costume designed by William Travilla.

WB Costumes sends out a loud shout of support to everyday citizens turned soldiers, in the fight for Ukraine and Democracy.

Special Thanks to Kevin Ackerman for pulling these costumes together.

Tonight is the night to spring ahead! The evening light will be magical.
#daylightsavings Today Alfonso retired from WB Costumes. We thank him for 15+ years of hard dedicated work caring for the stock floor. Enjoy your new adventures, we will miss you!

WB Costumes will be closed Monday to observe the President’s Day holiday. 🇺🇸

We ❤️ the February doll of the month look! Thanks Susan for creating this look.
#wbcostumes

May romance sweep you away this Valentine’s Day!

Check out Kimi on HBO Max!

Congratulations on your Oscar nominations. We will be cheering for you all at award ceremony on March 27!!!

Today is “Feed the Birds Day” so we are filling our feed with these fine feathered hats from The Collection!
#wbcostumes

Congratulations to all of the CDG Award Nominees!

Racks are ready. See you Monday!

Take a shelfie! We’ve got Marion the Librarian and Harold Hill inspired looks to accompany a selection of books from our research area in The Collection. Stop in and take a look the next time you are here working on a project at WB Costumes!

It’s Get To Know Your Customers Day and we’d like to know more about YOU!
•What inspired you to do costuming?
•Was there a particular movie, stage production, or TV show?
•What is your favorite costume period to style?
•What is your go-to accessory item?
•What area of the WB Costumes Stock Floor or Collection is your favorite and why? 👗

WB Costumes celebrates Rev. Martin Luther King Jr.; may his legacy encourage each of us to be of service to our community.

We have aisles and miles of millinery. Choose a topper that’s a show stopper-Happy Hat Day all!
#wbcostumes

WB Costumes will be closed in observance of #martinlutherkingday Sidney Poitier (pictured here in ‘Uptown Saturday Night’) was likewise a legend as the first Black actor to be nominated for an Oscar (for ‘The Defiant Ones’) and the first Black winner of the Best Actor Oscar for his performance in ‘Lilies of the Valley’. Poitier is credited with paving the way for black actors in film and breaking out of stereotypes for black actors. An icon of film, ambassador, and activist, he was awarded an Honorary Academy Award in 2002 in recognition of his “remarkable accomplishments as an artist and as a human being.”

Bob Saget (pictured here in ‘Full House’) was a treasure on the WB lot and beloved across the country as “America’s Dad.” He is well known for his role as Danny Tanner in the series ‘Full House’ and its sequel ‘Fuller House’ (both filmed on the WB lot) as well as being the voice of the narrator (older Ted Mosby) on ‘How I Met Your Mother.’ In recent years Bob had made a return to his stand-up career; he performed his final show the night before he passed.

Betty, Sidney, and Bob were all much loved by our industry and community and will be sorely missed.

We are delighted by the sparkle and shimmer of Susan’s Doll of the Month for January; she is ringing in the New Year in fine style!
#wbcostumes

Wishing you all the happiest of New Years. The racks are ready, see you in 2022! 🥳

Be the first to know and let us send you an email when Warner Bros. Costume Department posts news and promotions. Your email address will not be used for any other purpose, and you can unsubscribe at any time. 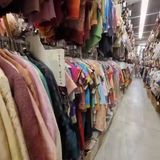 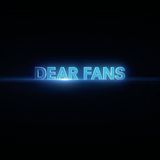 #DCFanDome The ultimate 24-hour experience for the world’s greatest fans. Mark your calendars to tune in on August 22 only DCFanDome.com 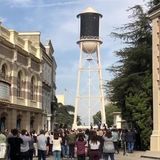 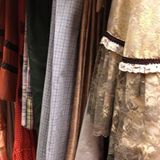 A shoe paradise. The Collection at Warner Bros. Costume. 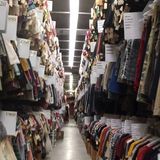 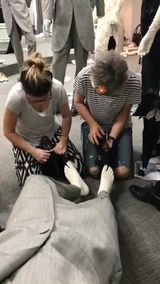 #TBT Hats off to the talented costumers who put together the new display of costumes at the #classicsmadehere exhibit at Warner Bros. Studio Tour Hollywood

We're very excited because we recently received some amazing pieces as a donation to our department from Mary Healy's personal collection! A very special thank you to her daughter, Cathy Lind Hayes for donating them to us.

Brenda Maben designed the costumes for TV show Gilmore Girls, and here she explains what it's been like returning to the set and her creative process dressing the characters of the show. In case you haven't watched the show, all episodes will be up on Netflix starting tomorrow! #brendamaben #gilmoregirls #costumedesigner

Gilmore Girls costume designer Brenda Maben did a Q&A with us and we are happy to show you a first look! Stay tuned tomorrow for the full version where she discusses her creative process designing the costumes for the show. #gilmoregirls #brendamaben #costumedesigner

Here it is! We did a Q&A with award-winning costume designer Lyn Paolo where she discusses her creative process and how she brings the characters of Animal Kingdom TNT to life through their wardrobe. #lynpaolo #animalkingdomtnt #costumedesigner #badisbred #lynslooks

Lyn Paolo is an award-winning costume designer of such shows as Animal Kingdom TNT, ER, West Wing, Scandal, Shameless, and much more. The teaser gives us a taste of her experience working on the TNT show Animal Kingdom. Full Q&A coming later today so stay tuned!

Sharing! Designing Hollywood Podcast New Episode! https://youtu.be/ygMldQZs0Kw #pulpfiction #almostfamous #movies #betsyheiman #costumedesigner #podcast #designinghollywood #itunes #youtubechannel #jerrymaguire #cameroncrow #educational
To truly transport guests into a different era or environment, incorporating costumes is the perfect way to tie all the elements together. Imagine if your event staff could become part of the experience too?! Thanks to Warner Bros. Costume Department we have all the wardrobe you could ever need. 🤩
With over 90 years of film and television costumes spread out over 60,000 square feet, the Warner Bros. Costume Department department is a one-stop resource for any production or event’s costume needs. From historical to fantasy, western to contemporary, you can count on this department to elevate the experience! #costumes @ Warner Bros. Costume Department
Hi Tangi from a friends post. Susan
The new Warner Bros. Pictures logo will replace the classic golden shield in 2020
A dress fit for a princess. __________________________ Here’s a look at Hailie Sahar’s custom couture dress from this week’s episode of Good Trouble. Designed by Good Trouble’s Costume Designer Deena Appel and created in the Warner Bros. Costume Department, the dress took over 130 hours to create.
📢CALLING ALL POTTERHEADS!!!! 🐍🍪🐦🐆Are you at least 18 years old? Do you live for Harry Potter? Then come join us today! We have daily theme games and Classes! Quidditch will be coming very soon! Come join our HP family and compete for the house cup but most of all HAVE FUN! Our number one rule is PEOPLE over POINTS! Tell them Sydney B sent you!🐦🐆🍪🐍 https://m.facebook.com/groups/248287442482022
https://www.facebook.com/monsieurcinema81/