Happy Birthday to SU member Freddy Bouciegues! Thanks to everyone who came out to rifle movement training with Freddy and Victor Lopez of Sierra Element this weekend - it was a blast!

UPDATE: Chair back included blank or with SU logo!

Looking for a piece of Hollywood history? Stunts Unlimited is selling some of their extra directors chairs used for official meetings and events - if these chairs could talk!

Can't believe we have been so lucky to have all-around BADASS stuntman John C. Meier on our team for FORTY YEARS!!! Love you J-Bad, you are THE MAN!!! Interview by fellow stuntman and filmmaker Danny Kim
Editors: Rustic Bodomov Zhelyaz Tomov
🎬🏎🚓⛷🏄‍♂️🪂🚤💪👊💥🔥🔥🔥😎🍾🥂🖤💛

Catch stunt LEGENDS Debbie Evans Leavitt and Buddy Joe Hooker, if you can!!!
1:00 PM - 2:00 PM | SATURDAY, APRIL 23
CATCH THEM IF YOU CAN: A CELEBRATION OF THE GREAT MOVIE CHASE
AT CLUB TCM AT THE HOLLYWOOD ROOSEVELT HOTEL
Since the dawn of cinema, nothing has quickened the pulse and thrilled audiences more than a good chase. In this hour-long presentation, TCM’s Senior Director of Original Programming, Scott McGee—author of the new @tcm book Danger on the Silver Screen: 50 Films Celebrating Cinema’s Greatest Stunts—takes us on a fast guided tour of movie chases: on foot, horse, boat, plane, train, and automobile. Two master stunt performers, Buddy Joe Hooker and Debbie Evans, join us for a discussion on how great chases are made, particularly in some of their own films, including To Live and Die in L.A. (1985), The Fast and the Furious (2001), The Matrix Reloaded (2003), and Death Proof (2007).
https://filmfestival.tcm.com/schedule/catch-them-if-you-can-a-celebration-of-the-great-movie-chase/

Stunts Unlimited is proud to announce our new member Regis Harrington! Sponsored by Jimmy Roberts and DavidRegis possesses the honesty, integrity, professionalism and innovation that makes him the ideal candidate for membership to Stunts Unlimited. We look forward to blazing new trails with you Brother! 🏍🚗🛻📽🎬👏🍾🥂🖤💛

Happy Birthday to Stunts Unlimited member Melissa Stubbs!
This mini doc is from a ways back, but it's a great behind the scenes look at how much skill and teamwork it takes to pull off a professional stunt. Melissa is an action designer, director and coordinator now, consistently pushing the envelope with planning and precision to provide film and television audiences with heart thumping action, while also keeping everyone safe. 🎬🎥🏍🏎💪👊💥🔥💯👏👏👏🖤💛

From JJ Perry (SU):
Finishing up in Paris now, Pat Romano (SU) absolutely killed it for me over here! We did some of the crazy sh*t in the Eiffel tower ever been done :-) Couldn't of done it without Pat!

Did you catch the Spiderman skit with Amy Schumer last night at the Oscars? SU member Pat Romano was the one flying her
😀👏

So proud of you brother! 🖤💛🎬
Reposted from SU member David Barrett: This episode airs tonight. I can’t thank the extremely talented cast and crew enough. One the most fun and memorable experiences I have ever had. Kattleman…..Thank you!
.
#fbiinternational #director #budapest #cbs
#television #tv #film #actor #movies #actress #tvshow #entertainment #hollywood #tvseries #fbihrt #stuntsunlimited

Thank you to all of the Stunts Unlimited Directory members who worked so hard to turn this shot for shot video challenge out with only 7 days notice - bravo! You are all winners in our book!!

We gave this video challenge to Stunts Unlimited Directory members and they accepted!

Love stunt stories from the legends? Check out the new episode with Jack Gill (SU) on Before the Lights Podcast

Jack talks about his childhood, how he became a stuntman, the scariest stunt he performed (GREAT STORY), overcoming injuries like having a 6-inch titanium plate in his neck, and more!

Eddie Braun (SU) is getting ready to get up to something with Magnum P.I. stunt coordinator Eric Norris (SU). Get it Brothers!
👊💥🔥🔥🔥

Blacks in Cinema is a new walking exhibit produced by Community Build Inc that features over 100 photographs, posters, newspaper articles and documents recognizing the contributions of Black filmmakers, actors, stunt men and women, including our very own Henry Kingi Sr.!

Located in Leimert Park Village at the corner of Degnan Avenue and 43rd street, Blacks in Cinema covers over a century of Black film.

Be the first to know and let us send you an email when Stunts Unlimited posts news and promotions. Your email address will not be used for any other purpose, and you can unsubscribe at any time.

Send a message to Stunts Unlimited: 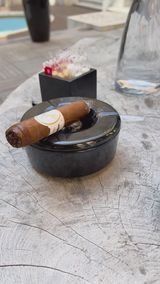 A View to a Kill (1985) Deleted Footage: The Streets of San Francisco

Other Film & Television Studios in Chatsworth

Come and join the group today! https://www.facebook.com/groups/1002405237147310
Come on by and join my new group..."Great Cinema Stunts & Fights". Dedicated to the study and enjoyment of stunts, fights and action scenes on the big and small screen. https://www.facebook.com/groups/1002405237147310
Come and join my new group... https://www.facebook.com/groups/1002405237147310
Great day shooting and learning with Sierra Element and Stunts Unlimited, organized by their new president and vice president Chris O'Hara and Freddy Bouciegues! Amazing seeing everyone! Much love to you all! Stunts Unlimited
Play, act, tripping and fall clumsily sound story of my life possibly in reflection of my job? Always coming back up on my feet and stand tall (only 5:9😜) and strong then before! In one way or another, no matter what, more to come in 2022. On set of comedy show #grandcrew starring @nicolebyer and @echokells on @nbc Stunts Unlimited Jalil Jay Lynch @1xstunts Norman Howell and Peter Jang @peterjangofficial Thank you everyone for your support ‘Cause if you can Dream it, then it can be, and I can feel it, this is it! The Next Big Hit! #stuntman #actor #onset #foreveryoung #productioncompany #tvshow #comedyshow #feelinggood #ready #iam #inspiretobebetter #goodvibe #actorlife #lovewhatido #thenextbighit #thenextbighitmovie
Watching the 1986 Arnold Schwarzenegger movie, "Raw Deal". Some really great stunts/ stunt driving by the 'State Trooper' on his motorc*cle. . I think John Hateley was the stuntman.
Well the 2021 Stunt Memorial video is completed thanks to the help of Stephen Koepfer. Without your help Steve, this would not be possible! Even though this is my 9th year of doing this, it is never easy, but it is important for us as a community to remember our brothers and sisters and realize we are all one big family that no matter what happens in life, we support one another putting aside all of our differences. Be well and be safe everyone! https://youtu.be/GbG2egqMtX8
Don't miss the STUNT SHOW at the Lone Pine Film Festival, Oct. 7-10. Details and registration at www.lonepinefilmfest.com STUNT SHOW Saturday, Oct. 9, 10:30am Stuntmen and stunt coordinators, John Moio and Diamond Farnsworth, are choreographing a unique stunt exhibition with a team of Hollywood stuntmen. HIGH SCHOOL GYMNASIUM by Ticket Only JOHN MOIO is a stuntman, stunt coordinator and second unit director who worked as stunt coordinator on the Star Trek: The Next Generation first season episode "The Arsenal of Freedom" in 1988. For this episode he coordinated the stunts of Dana Dru Evenson, Brian J. Williams, Tom Morga, Laurie Creach, and John Nowak.He is also known for his work on Planes, Trains & Automobiles (1987), Escape from New York (1981) and Crank (2006) Moio is the grandfather of stunt performers Ashton Moio and Monette Moio. Currently, Moio is serving as 3rd Vice President in charge of Merchandising of the Stuntmen's Association of Motion Pictures. DIAMOND FARNSWORTH is an accomplished stuntman, serving as stunt coordinator on the show NCIS, and before that working on JAG and Quantum Leap. Diamond is the son of Academy Award® winning actor/stuntman Richard Farnsworth, who was also a one-time guest of the Festival. Diamond began his stunt career in 1968 and has been serving as a stunt coordinator since 1980. He began with Paint Your Wagon and served as a stunt double for Sylvester Stallone in First Blood, Rambo and Rhinestone. He has also doubled Kevin Costner, Dennis Quaid and Jeff Bridges.
Glad I made the cut, fun at the office as usual, made my leap of faith, having a safe spongy landing even with a knights armor on it. Yup, it’s me flying over the car without wings!😉🎬 Shoutout to the great stunt team involved, and grateful to be in this commercial. Thanks as always for the opportunity @romano_stunts Stunts Unlimited and Travis Wong #stuntman #actor #knight #armor #got #swordfight #sword #jump #airramp #flyingover #softlanding
Ever wonder what it would look like to RIDE #motorc*cles in the #pacificnorthwest 😎 . 📍Best week in Oregon trip package . 🎥 Garrett Galván . 🏍 Stunts Unlimited . #advoregon #motorc*cleoregon #bigtrail #advmotorc*cle #oregonmotorc*cleadventures #makelifearide #motorc*cle_mafia #motolifestyle #advlife #advrider #RIDEAdventures
https://variety.com/2021/music/news/bet-awards-best-performances-dababy-tyler-creator-1235007081/
THANK YOU for the package you sent to my husband. Shelly Meier works for us, and her husband works for you! My husband Bob Reed is turning 80 on May 24 and is going through quite a challenging time after some falls and low blood sugar counts (five 911 calls since April 4), so I feel very touched with your generosity to cheer him up (and me, too, a tired caregiver). I will make sure he wears this on Monday when Shelly comes to work for us!! Thank you again.