http://www.witradinpost.com/contact/index.html Over 3,000 items for sale every week by private owners!

Check out these AWESOME DEALS!!

Do you check your mobile device when searching for auctions? LIKE if you do. Thanks!!

Come visit us at the Beer Tent at the 2015 Chippewa falls Oktoberfest!

Come visit us for the first day of our Grand Re-Opening! Some of the events planned for Day 1 include:
- Food and Beverages
- LOTS of prizes to win
- Up to 50% off in stock merchandise
- DEMO rides on EVERYTHING!

I'm getting ready for REiMAGINE U how about you?!

Gov. Scott Walker cast himself as “aggressively normal” in the first Republican presidential debate Thursday night, touting changes he enacted in Wisconsin while standing clear of his GOP rivals, who

What have you been up to?

Guess what group is heading back to perform in Eau Claire on July 4 and July 5, 2015? Just look up in the air near the Chippewa Valley Regional Airport.

They're here! Stop in and take a look at the all new Polaris Slingshot! 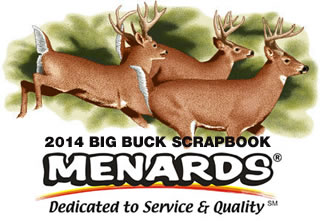 Go to http://rvng.upickem.net/engine/Welcome.aspx?contestid=147295 to enter the Big Buck Scrapbook

If any small business is interested in attending our Marketing and networking event coming up the 1st week of November (Tuesday November 4 in Chippewa, Wednesday November 5 in Eau Claire or Thursday November 6 in Menomonie) Please contact Lisa @ 715-738-1623

Included for attending is a FREE 3 x 5 color ad in any of our daily or weekly print publications - Tradin' Post, Chippewa Herald, Dunn County News or any one of 3 Buck Savers.

GALLERY: A Mink intrudes on an eagles dinner. http://bit.ly/1j76Tr8

Readers of Lee newspapers nationwide will have an opportunity to win a $5,000 prize. In addition, our dailies in La Crosse, Winona and Chippewa will each give away three $100 runner-up prizes.

Who is eligible?
The promotion is open to U.S. residents (excluding residents of Puerto Rico, Rhode Island, Florida, or any other jurisdiction where prohibited), who are 18 years or older at the time of entry. Directors, officers, employees and members of employees’ households and immediate family (spouses, parents, siblings, children, and each of their respective spouses) of Lee Enterprises are ineligible. All entrants must meet all eligibility requirements. A potential winner may be requested to provide the sponsor with proof of identity. LIMIT: One (1) entry per person. In the event more than one entry for the same person is received, only the first of such entries shall be eligible to participate.

Readers of Lee newspapers nationwide will have an opportunity to win a $5,000 prize. In addition, our dailies in La Crosse, Winona and Chippewa will each give away three $100 runner-up prizes.

Who is eligible?
The promotion is open to U.S. residents (excluding residents of Puerto Rico, Rhode Island, Florida, or any other jurisdiction where prohibited), who are 18 years or older at the time of entry. Directors, officers, employees and members of employees’ households and immediate family (spouses, parents, siblings, children, and each of their respective spouses) of Lee Enterprises are ineligible. All entrants must meet all eligibility requirements. A potential winner may be requested to provide the sponsor with proof of identity. LIMIT: One (1) entry per person. In the event more than one entry for the same person is received, only the first of such entries shall be eligible to participate.

Check out these great deals from local businesses!

Thank you to all of you who attended our 2012 Brand Expand Presentation! 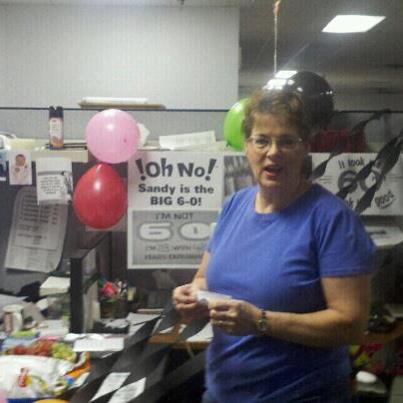 Do you have events to promote? Add them to our calendar. http://chippewa.com/calendar/

Event's and happenings in the Chippewa Valley.

We need 40 likes by midnight.. Please help us out and ask your friends click this link and like our page. https://www.facebook.com/ChippewaHerald

Be the first to know and let us send you an email when The Tradin' Post posts news and promotions. Your email address will not be used for any other purpose, and you can unsubscribe at any time.

Other Newspapers in Chippewa Falls

The Tradin' Post will be closing on Wednesday from 10 until 1pm to go pay their respects to Mr. Roy Harris and his family and are inviting other businesses to do so as well. Funeral services will be held at Hurley’s at 11 followed by internment at Pleasanton Cemetery.

Harris passed away on Thursday, January 23, at the age of 89. Roy Harris, was a Korean War veteran and a beautiful soul. Read this story below by NBC News for a small little insight into the legacy he will leave behind.
Happy Friday!!!
http://www.youtube.com/watch?v=djQRJVesQjI
We are looking forward to visiting Chippewa Falls & Eagle Point next month. We'll be meeting with local residents to gather important information about the current health status and needs of the Wisconsin population.
Sheri Weiss
Rhonda Rhonda Mousel Mulder
Jessica Lamb...former sales rep
Paul sleeping on the job...
Benghazi Terror Attack

The theme of the Democratic Convention was decidedly centered around this slogan. “Osama Bin Laden is dead, and GM is alive and well. Obama has spiked the ball over this achievement. Well, this is not so bad. But what is so bad is that we now have 4 Americans dead, and Al Qaeda is very much alive and well. Be reminded of this fact. The first constitutional responsibility of the President as commander-in-chief is the protection of our citizens both at home and abroad. With the above being Obama’s first priority and responsibility, there is no argument to be made that the President did not see the reality on the ground as the terror attack was in progress. There are some things that we do know for certain. One or two drones were flying over the attack cite sending live action below for the President to see. Number two, we had several military power bases within a distance that had they be sent to the rescue, these 4 men would be alive today. One of those ships on which aircraft can land ( a revelation that Obama pointed out so flippantly in the last debate) was in the Mediterranean Sea. The only requirement for a few of these fighter planes to go on a mission to destroy those committing this act of terror was a command from the commander-in-chief. Thirdly, we know that our military forces had ample time to destroy the enemy had they been sent. We have a President who is more interested in his re-election than he was in doing the job he currently holds. When you hear that an investigation is ongoing, that means that the stalling tactic is being employed. When you hear for weeks that a youtube video was responsible for the attack, even before the United Nations, you know that the search for a plausible scapegoat and a diversion is in play. When you hear that we will track down and punish those responsible, again employed is the distraction from discovering the truth. This was told to the father of one of the Navy seals by Hilary Clinton. This father is justifiably livid, and bitter because this will not bring back his dead son. If you were a father of one of these men, knowing full well that the commander-in-chiefs failure to fulfill his first constitutional duty was responsible for the death of your son, you would likely detest seeing the one who failed in his role as a leader. When you hear the shifting of blame or those who say they take responsibility for this failure to perform, you know that a cover-up is in progress. When you hear Leon Panetta, the secretary of defense say that you do not send in troops when you do not know the situation on the ground or you want to be cautious in placing military personnel in harms way, you know that they are hoping that a gullible citizenry will believe that. The military are trained to fight. Our fighters are the best in the world. When you hear that we needed to get permission from the Libyan government to fly over their air space, one must ask the question, did we ask Pakistan for permission when we went after Bin Laden? It disturbs me to see a President spike the ball over killing a terrorist leader when there are hundreds more ready and willing to take his place. Our world is becoming more dangerous day by day. It amazes me that Barack Obama is asking the American voter to give him 4 more years when he has taken a bad economy and made it worse in his first term. It is more than just amazing that he has failed in his very first responsibility as commander-in-chief which has left 4 Americans dead. The cover-up is obvious to me. We live in a dangerous world. We need a president that can make the correct decision when he/she takes that 3:00 a.m. call that a crisis is upon us. We need a president who, when time is of the essence, can make decisions without first calculating the political fallout probable with that decision. Before Obama ran for president, he consulted with Tom Daschle about the timing. Daschle told him that he should run now before he had a record for which he could be held accountable. Did you know that as Senator Obama, he voted present rather than yes or no nearly half of the time. The vagueness of hope and change told us nothing about Barack Obama. His goal to fundamentally transform America, what does that mean? Transform into what? There are too many failures in leadership with this President to make me comfortable with casting a vote for him. The question stirring in me is, who is this man? Can he be trusted? He has failed to deliver on so many promises. This talk about transparency is so far from the reality. Terrorism is perhaps our greatest threat. Obama would not even call terrorism for what it was until more recently. (workplace violence, or a violent foreign contingency operation). When you do not have a president that can identify our greatest threat, then it is time for a change! Mr. President, it is time for you to tell the truth about this terrorist attack and your role in it. The citizens demand it. We deserve it. And, we want you to tell us before November 6th. Our biased media have protected Obama from the beginning and continues to do so. If you agree, share this post on face book with your friends. We demand to know now from Obama about Benghazigate: What he knew, when he knew it, and why did he not give the command to save those 4 brave Americans.

The Salvation Army is currently seeking volunteers for the Kettle Campaign to ring bells in their local communities. Volunteers must be accompanied by an adult if under the age of 16. Groups are welcome to volunteer together as well. Volunteers must sign up in two hour shifts. If you are interested in volunteering as a bell ringer this year please go to www.ringbells.org, select your state, select your county, then select the “Featured Opportunity: Bell Ringing 2012” link. You will then be able to choose which location you would like to volunteer at and see which dates and times still need to be filled. In order to reserve the shifts you would like you will be asked to create a username. It’s that easy! Help give back to your community this holiday season!
You folks need to make it to La Crosse. This market is so closed! Sometimes I wonder if they have electricity.

Please share this link with your friends and family to help CVTC students in truck driving and diesel mechanics benefit from this new truck. The most votes wins - thank you for your voting support!
x

Other Newspapers in Chippewa Falls (show all)