Memorial Page to our time in High School. Published in the Catamount and The Cougar Pride. Chase Zamulinski
Bailey Payne

BC back on the sidelines. 👍 #BTHOTennessee 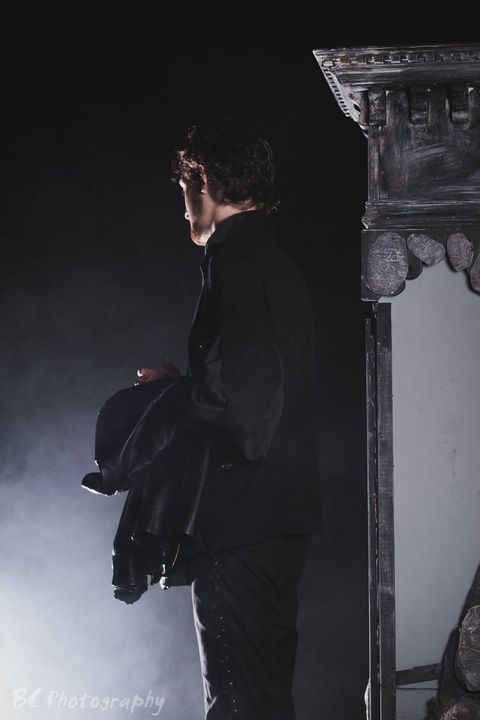 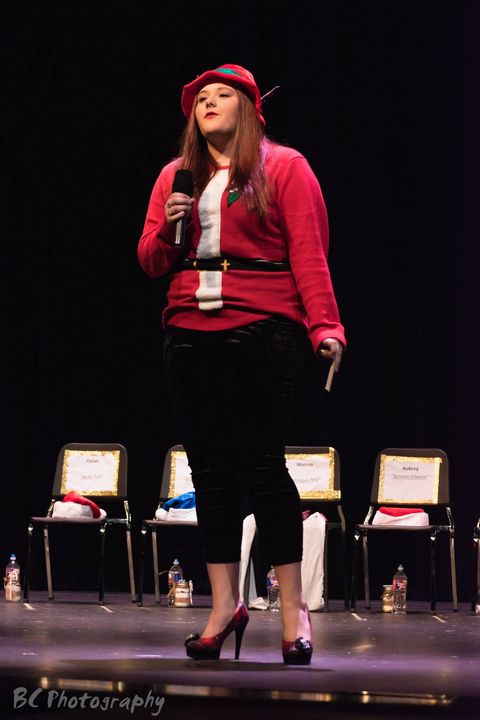 Back to back for the Tigers that didn't get the message

Back to back for the Tigers that didn't get the message

Always fun checking back in for a little bit. I'll leave current CSHS seniors a few preemptive college tips while I'm back:

1. The most important thing you do freshmen year of college will be finding a clean bathroom on campus.
2. Do not tell anyone of its location. Not even your immediate family.

These are not jokes, these are facts.

Always fun checking back in for a little bit. I'll leave current CSHS seniors a few preemptive college tips while I'm back:

1. The most important thing you do freshmen year of college will be finding a clean bathroom on campus.
2. Do not tell anyone of its location. Not even your immediate family.

These are not jokes, these are facts. 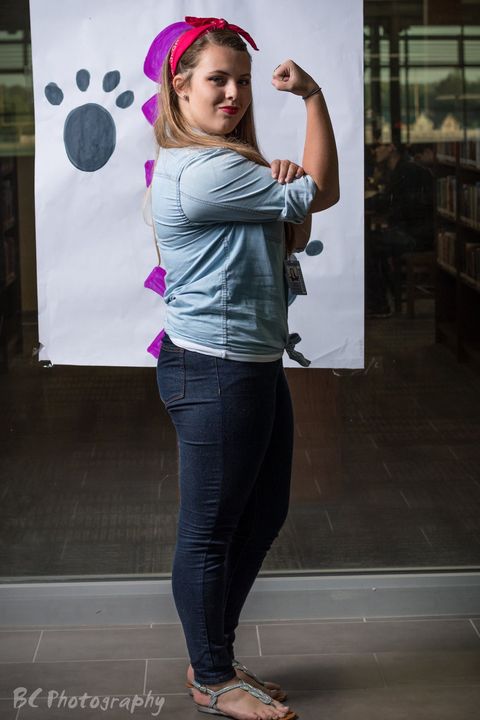 The phoenix has risen

[CO-FOUNDER DISCLAIMER: Bailey Payne does not believe any phoenix has risen, and mentions of magical birds are for nerds. Word.]

The phoenix has risen

[CO-FOUNDER DISCLAIMER: Bailey Payne does not believe any phoenix has risen, and mentions of magical birds are for nerds. Word.]

Ladies and Gentlemen, be ready to hop in your brag boats. Part of BC Photography recently went to SkillsUSA nationals to compete against all 55 American territories/state in photography. Through a 4 day long competition, he came home with gold! That's right! The #1 photographer spot in SkillsUSA in the United States of America. One last trip for College Station High School, and one more accolade for BC.

I'm just gonna slide this under the radar

I'm just gonna slide this under the radar

“I urge to you to please notice when you are happy, and exclaim or murmer at some point, ‘if this isn’t nice, I don’t know what is.’”

That quote shows up at the end of a video I edited for our last pep rally. I used it knowing that a lot of people weren’t going to really see why it was there. It’s a line from Kurt Vonnegut, an author who wrote stories of war and apocalypse with an almost rebellious sense of humor. “And so it goes…” he would often repeat, over and over; wryly embracing our microscopic grasp on our lives.

What am I even going on about?

I used that quote because it struck with me not as a challenge to do better, or a grab for empty nostalgia, but as a piece of advice you won’t ever see at a college or business seminar. Not just “be happy”, but “notice when you are happy”. Turn that happiness in your gut into a real, tangible thing that you can almost take out and hold in your hand.

I held on to that thought throughout my senior year here at College Station High School; and in every moment where I found joy in what I did, whether it was taking pictures that no one else took or delivering them to the people who wanted them most, I forced myself to recognize how happy I was.

And boy, was I happy. When Chase named me admin for what was then called “So Far No Cigar Photography” (a name he is still occasionally made fun of for to great effect), it had 44 likes, almost all of them his personal friends. He’ll recall a feeling of reluctance having me on board since I was an even bigger loser then than I am today. I spent most of my time with him copying his answers to Mrs. Walker’s Physics labs because I wasn’t going to spend a single SECOND on studying that could be spent watching girl’s cartoons.

But through all of that, we shared something beautiful: complete and utter (unwarranted) artistic elitism. We saw the pictures of football games and events that people got and thought we could do better.

So we did. Or at the very least we tried. We both took time that should’ve been spent on studying or doing homework to come out to school events and shoot away. I don’t know about him, but I relished in staying up until 4 AM editing the pictures I had just gotten after each football game. We did this in the belief that teenagers in 2015 want their content to be high quality and they wanted it NOW.

Through all of this, both of us became better photographers, but more importantly we became better Cougars. I personally was never very involved in high school (with the exception of Audio/Video, but that’s another text wall) until this year. Freshmen and sophomore years were basically spent shutting myself off to everyone around me because THEY obviously couldn’t see ME for how much of a GENIUS I AM. BC opened up the school to me. I experienced a real appreciation for what my school could do when the students worked together to achieve something. All in all, it humbled me.

And so it goes.

What happens to this page after this is a mystery. Chase and I may use it as a vehicle for portraits, or we could try pulling this same freelance stunt over at Texas A&M we haven’t planned it all out. What’s certain is that these albums contain the most detailed record of College Station High School this year, and we wouldn’t have it any other way.

I won’t say a nice little catchphrase like “proud to be a Cougar” or anything like that. I was never proud to be zoned into CSHS; that was just luck. What I’m really proud of are the smiles on every student’s face when they found their perfect memory and it had our name in the bottom left corner.

If that isn’t nice, I don’t know what is.

This is Bailey Payne, the B in BC Photography, signing off as a fightin’ Cougar for the last time. Hasta la vista, baby.

Pic attached: My first photo contribution to the page, Chase at the "Roar" Lip Sync shoot, May 2014. Isn't that just adorable?

Shot on Samsung Galaxy S5. It's what I had on me.

Shot on Samsung Galaxy S5. It's what I had on me.

CSHS AV has released the DVD of the production of Noises Off! Please contact [email protected] if you're interested in buying a copy before your kids go off to college!

The last dress-up day we will ever cover at CSHS

The last dress-up day we will ever cover at CSHS 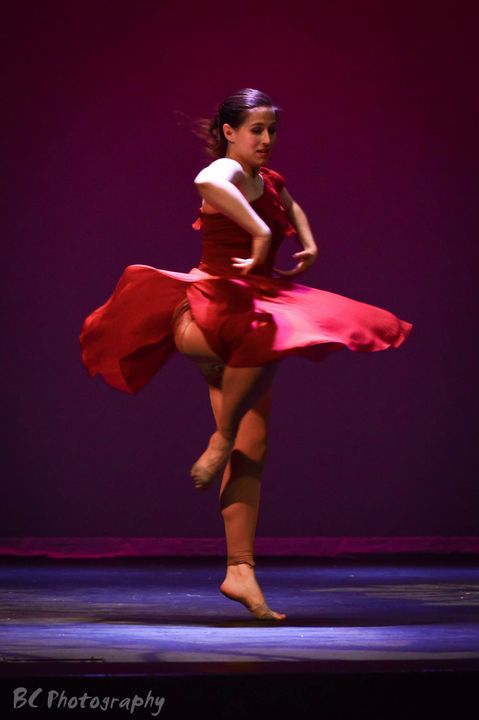 Uploaded about 1/3 of the strutter pictures. More to come!

If you haven't seen the Strutters Showcase yet, it's an incredible show of all hard work and talent our strutters have! Their last show is tomorrow at 7pm at the CSHS auditorium. Give our senior strutters one last great show!
Now I have A LOT of pictures to go through from the show tonight, and with AP tests coming up, it'll be slow going. But hold strong guys, the pictures will come!

Me: "Would you mind if I shot Consolapalooza and put it on the BC page even though it's not CSHS?"

Everyone in My Class: "Yeah"

Me: "Would you mind if I shot Consolapalooza and put it on the BC page even though it's not CSHS?"

Everyone in My Class: "Yeah"

It's paper day! Don't forget to get your paper

BC Photography won big at Skills USA State competition! I got Best of Show again for my short film Night Noise and Chase won gold medal in Photography!

Spring is quickly starting to come upon us, contrary as the weather wants you to believe, and the end of senior year is quickly approaching, so start thinking about senior pictures before it's too late!

Be the first to know and let us send you an email when BC Photography posts news and promotions. Your email address will not be used for any other purpose, and you can unsubscribe at any time.

Send a message to BC Photography:

Other Media/News Companies in College Station