Reward money offered in the murder of Centennial High student

Reward money offered in the murder of Centennial High student Here is the program for tomorrow's Day of the Dead event. Parking is free and on-site. The event will start at 11am see you there!

Join us this Saturday, October 23 from 1:15- 2pm. Learn all about geraniums. This class is free and open to the public. Click the link to sign up. See you soon. https://forms.gle/fsnMXbXBkyM7Kdh99
#outdoors #gardenlife #southbay #free #socal #garden #LosAngeles

Street takeovers are inherently dangerous events where participants use streets or premises open to the public to engage in exhibitions of speed or street sliding. Street sliding involves one or more persons demonstrating, exhibiting, or comparing the maneuverability or power of one or more motor vehicles in a curved direction, in a circular direction, or around corners.

Unfortunately, these events are becoming more popular and prevalent in the Compton community. These events can cause damage to streets, property damage and can have deadly consequences.

Compton Sheriff’s Station is encouraging people to stay away from, and not participate in these events.
#LASDCares #StopStreetRacing

Be the first to know and let us send you an email when Bulletin Newspaper posts news and promotions. Your email address will not be used for any other purpose, and you can unsubscribe at any time.

Send a message to Bulletin Newspaper:

A heartwarming performance by the Dollarhide Music and Drama Inspirators at the Christmas Tree Lighting Ceremony on December 12, 2019 at Compton City Hall. 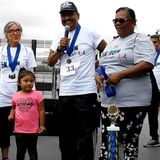 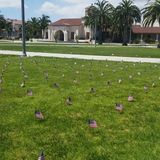 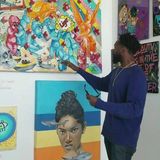 @jr_sweets11 speaking about his piece, "My Party" this past Saturday, February 24, 2018 at the Compton Art Pop-Up. Don't forget to pick up a copy of this week's issue of The Bulletin to read more about the event. #thebulletinnewspaper #thecomptonbulletin #compton #artincompton

If you did not attend the DAY OF THE DEAD event at Dominguez Rancho Adobe Museum yesterday, you missed out! This is just a snip of all the great things guests were able to enjoy. Below a performance by Mariachi Academy of Carson. 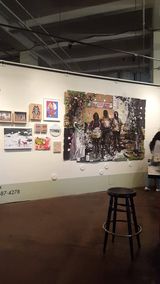 Just a glimpse from tonight's opening reception of the new exhibit at Angel City Brewery titled "Borders". The exhibit will be up until October 19. Stay tuned these upcoming weeks as we will bring you more information on tonight's exhibit and artists!

Tonight's Compton Art Show. It ends at 10! Come and check it out!

It's summer but there are still teachers, students, staff and other amazing volunteers who are doing great things in Compton schools. Take a look at these students at Roosevelt Middle School! This is just a glimpse of their talent! 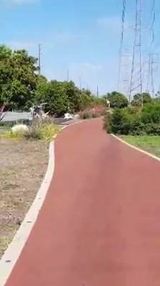 A short video from our walk at the Greenleaf Parkway next to El Camino Compton College.

Other Broadcasting & media production in Compton