We at "Let's get social" work to help your business grow with the influential power of social media!

Best live show in Miami Hola Ota-Ola Monday to Friday at 5:30pm with Alexander Otaola and

How The Wrong Shoe Size Can Change Your Life

It's now easier to send Let's Get Social a message.

It's now easier to send Let's Get Social a message.

Controversial cuban host Alexander Otaola who is the host of the famous show Hola Ota-Ola in US, put the cuban government in an Ultimatum!

This next January of next year Otaola is inviting to all his followers and cuban community in the US to avoid sending money, travel and doing telephone top-ups to Cuba. To demonstrate to the Cuban regime that Cubans, outside of Cuba are important and have to be heard. This campaign is due to abuses of power, corruption, and human rights violations day by day. An example of this is the leader of the Patriotic Union of Cuba Unión Patriótica de Cuba (UNPACU) Jose Daniel Ferrer, who has been arbitrarily detained and his rights have been violated.

Let the music do its magic 🎶

My night is not the same as yours!!

Happy independence day !! From the team ! #4

Working HARD in the Bimini

The run is on !! runs for president ! officially comes out at to the world in the cover of .

Its official !!! And are expeting their second child ! Any thoughts ? How to get rid of the text message hack for iPhones.

How to get rid of the text message hack for iPhones.

Lately, everyone has been sending and receiving an annoying text message that when they open it it either turns your phone off OR it doesn't let you leave th...

Now trending ! Apparently this simple text can ruin your life ! Well....... (Just for a bit) send it to a friend or family member who has an iphone and see why for yourself !!!

In need of a ?? Like & follow NewLife Healthcare & Wellness Center for great & deals in their location and visit their website, Lifewellness.co !!! Say and you receive a 20% DISCOUNT

Now trending, New single by queen of pop & who else loves

Fight of the year & Mayweather takes the win!

Why is social media ALWAYS important & necessary for every business (Big or small) ? In order for a business to grow, customer interaction is the #1 key! Easiest way to gain a customer/Client is always social media, Ex- Facebook, Twitter, Instagram, most important, Website & E-Mail. We at "Let's get social can help your business grow with all of the above & have the best strategy !! Contact us for info !

Be the first to know and let us send you an email when Let's Get Social posts news and promotions. Your email address will not be used for any other purpose, and you can unsubscribe at any time.

Send a message to Let's Get Social: 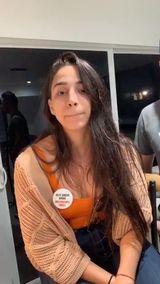 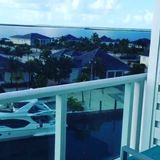 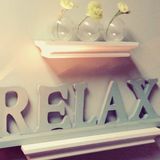 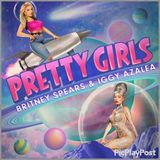 Other Media/News Companies in Coral Gables

Other Media/News Companies in Coral Gables (show all)