Directing on set with x x for

'Be a Filmmaker, Not a Video Maker': Kodak's President On Why Film is King

There is something going on emotively that we have not quantified as of yet. We will. When you're seeing analog and you're an analog being, there is an emotional connectivity, and there are emotive responses that you just don't get when you're looking at pixels.”

Kodak's President of Motion Picture and Entertainment Steve Bellamy squashes the film vs. digital debate once and for all.

Grand Slam at Denny's with fluent360 🥞

Ektachrome is back. Again.

This is "Lee Bains III & The Glory Fires (LIVE AT MALONE PICTURES)" by Director - Justin Malone on Vimeo, the home for high quality videos and the…


Justin Malone is a filmmaker and commercial director. He's based in Dallas but that doesn't matter much because airplanes are awesome and literally everywhere.

Commercial spot for C Spire with Charlie Uniform Tango and The Ramey Agency.

Fleets We Depend On Bandag

Trust. Experience. Innovation // Hit the road with confidence knowing that Bandag has your fleet covered.


Bandag is Built for Better and built to last. That’s why the most important trucking fleets in the world rely on us every day. Fire departments, first respon...

Directing on set with x x for

to our spot (in collaboration with Republic Editorial) for Southwest Airlines, in honor of

We believe in celebrating breakfast all day. Here's just a taste of the Denny's campaign we worked on with our friends at fluent360.


The place that's open 24/7, because grubbing with friends doesn't have regular hours.

Thanks Sean P. Anderson for the Bridgestone Tires snaps //

Explore this photo album by Sean P. Anderson on Flickr!

Just a taste of the joy we shared and captured with Nothing Bundt Cakes last summer. Thanks 3Headed Monster for the invitation to create.


Joy Givers like Sharon deserve to be celebrated. Who brings you joy?

having a Kodak moment 📷

to shooting hoops and scenes in 🏀

we wrapped up our upcoming documentary earlier this fall & currently cutting over the .

Catch ROMACuaron on the big screen while it's still in theaters (limited release) - otherwise stop what you're doing & .

Although, I don't think you'll be able to chill. This film is the best thing to happen in 2018.

ROMA director and cinematographer, Alfonso Cuarón, speaks to ARRI Rental about what the 65 mm format brought to his critically acclaimed black-and-white film.

shot by , Vincent Monsaint, and me.

Starting in 2008, I began to travel all around the US and Central America capturing a unique perspective on Illegal immigration. Interviewing everyone from construction workers, mayors, dishwashers, and federal agents to radicals. I discovered that this issue had an effect on nearly every community in the country and reached into every facet of life.

With that being said, the film is more relevant than ever. The time is now - we invite you to join us in LA next month for several Undocumented Film screenings, followed by interactive Q&A sessions with me.

Kick off 2019 with Justin Malone - Director's and his captivating documentary, , in cities across the country.

"Undocumented was truly before it’s time and has now resurfaced, finally finding its audience nationwide. The film is giving us a fresh look at this controversial subject matter as it was captured before the Trump administration and overblown media meltdown ever happened."

Please talk to us and SHARE! We are always looking for more hosts, sponsors and venues.

yesterday i scouted locations for an upcoming commercial, and learned the difference between a fire truck & fire engine 🚨

This-Just-In: Thanks for the home-town love Voyage Dallas! Honored to be featured in such a prestigious publication.

Today we’d like to introduce you to Justin Malone. So, before we jump into specific questions about the business, why don’t you give us some details about you and your story. My next door neighbor, Timothy Schmidt had a small video camera when we were kids. At 11 years old, Tim was already on hi...

All the stories are true -

>> A couple of years back Malone Pictures did a spot for CONVERSE using footage from our upcoming documentary about Rucker Park legend Joe Hammond a.k.a. "The Destroyer".


Shot on 16mm film, the Rucker Park legend Joe Hammond ("The Destroyer"), narrates his story while being portrayed by a young actor from the same neighborhood…

More from my latest trip to . Wrapping up production on my next - now back to Dallas to cut.

Back in the city that never sleeps.

Bring the Joy - Nothing Bundt Cakes

Read my recent newsletter to see how we shared the moment of joy with Nothing Bundt Cakes' official Joy Givers. Thanks for the invitation 3Headed Monster!

A fresh, yet technical approach in the art of visual storytelling. Malone Pictures works closely with real people to bring their ideas and emotions to life while also producing original content. Also a leading name in advertising, Justin continues to create compelling campaigns through his commercial representation with Charlie Uniform Tango. Made in Dallas. Based in Los Angeles, CA. Available anywhere.

Be the first to know and let us send you an email when Director - Justin Malone posts news and promotions. Your email address will not be used for any other purpose, and you can unsubscribe at any time.

Lil spot we did with are boys from WALO for Jarritos. Shot by Justin Malone , Cut by Andy McGee.

New Spot we did with RD&F Advertising for Methodist. Featuring the uber taleted Susan De Kam, playing a beautiful piece of music she wrote for the campaign. Cinematography by Bongani Mlambo, Editing by Keith James, Direction by Justin Malone.

Summer 2014: Somebody's Darling joined us for Episode 4 of Live @ Malone Pictures. The band has since moved to Nashville and the members are working on various musical projects. A couple of the guys joined K Phillips on tour with Counting Crows and Rob Thomas this past Summer. Great people! #TBT 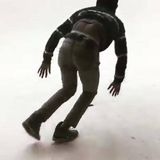 So So Topic turned our cyc wall into a half pipe. Go pick up his latest album 'My Favorite Sweaters'. Great things coming for this guy!

From the Bassment // "The Undertaker's Wife"

It's Halloween, so we thought it was appropriate to share our music video for From the Bassment's "The Undertaker's Wife". It recently wrapped a nice festival run too. Check it.

From the Bassment // "The Undertaker's Wife"

Hey hey! Our music video for From The Bassment's "The Undertaker's Wife" is an Official Selection of the 2016 S.F. Frozen Film Festival. One of our favorite festivals. Our short film 'Blue' won there in 2013. Screening is Saturday, July 23rd @ 2pm at the Roxie Theater in San Francisco. Festival Info: http://www.frozenfilmfestival.com

We had an amazing time shooting the latest Cheddar's Scratch Kitchen campaign with Moroch Partners. Great job by the entire team! Directed and edited by Justin Malone. Special thanks to Barbara Barnes, Thomas Hripko and Leeann Wells.

From the Bassment - "The Undertaker's Wife" (Music Video)

Our singer/songwriter pal Brian Ashley Jones stopped by for a live, one-take acoustic performance for our first 360 VR video. This is one of the very first 360 videos to feature spatial audio from one ambisonic microphone. Facebook's encoding limits the ability to experience 360 dynamic spatial surround, but some Android phone users can hear it through the YouTube360 link below using the YouTube app. Props to Ryan Miller for putting this together! YouTube360 Link: https://www.youtube.com/watch?v=JVKiuDDzKLw #VR #virtualreality #360video #musicvideo #spatialsurround #oculus #gearvr #milkvr

Justin recently directed/edited a broadcast spot for Stren that is now airing nationally. Enjoyed partnering with Moroch Partners on this project! Take a look...

From the Bassment - "The Undertaker's Wife"

Happy Thanksgiving from Malone Pictures! Here's the trailer for our latest short film "The Bus Stop". We are thankful for all of our partners, cast and crew who helped make it all happen. MPS Studios Dallas Filmworkers Dallas Treehouse Edit 3008 editingaudiovfx

Took a walk through the neighborhood this morning and came across a new mural from Lesli Marshall Mixed Media Artist. We had the Canon 1D with us and shot a little 4K video. This mural and several others are part of the 42 Murals project. This piece is located on the south side of Pecan Lodge Catering. #42murals #deepellum #canon1d

we got a unicycle. it's fun. 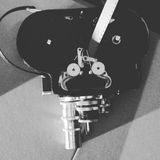 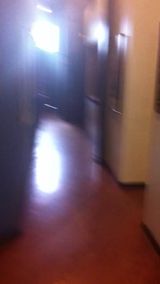 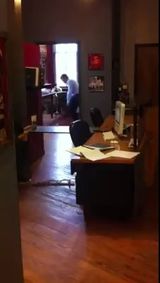 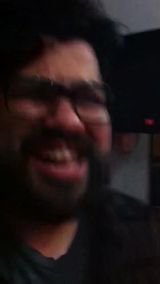 You should seriously let your led out tonight. COME ON!

Other Broadcasting & media production in Dallas

I'm watching Uncle Tom. It has me curious. I will do some reading. But I wonder if there is a follow up coming considering current events related to Trump?
Uncle Tom II reveals the real force behind the creation of an artificial injustice used to drive a false narrative in order to inflame racial divide in our country. Great documentary!
Rented Uncle Tom last night. Thank you for making such a historically accurate and awesome film. My husband and I have already shared and recommended to several people. Great work.
Congratulations To Larry Elder On The Release Of The New Film Uncle Tom! 🖤🥳

a film by Director - Justin Malone

the man behind the camera (who also deserves to be in front of it more): Justin Malone // Director - Justin Malone

@ Burbank, California
A testament to the cross generational demographics of the Justin Malone audience. This nonagenarian is focused on back to back viewings of Blue and The Bus Stop - his smile speaks volumes.
x

Other Broadcasting & media production in Dallas (show all)