A dynamic space, forged for Detroit's rebirth to celebrate the community through collaboration, education, entertainment, and service

RIP to one of the all-time greatest 🎸 - Jeff Beck

A new kind of garden will be coming soon to the Detroit Riverfront!

The Huron-Clinton Metroparks are expanding into the city of Detroit for the first time ever, and partnering with the Detroit Riverfront Conservancy on a unique water garden at the new Ralph C. Wilson, Jr. Centennial Park.

“A New Formula For Thrills”

Looking for a new show to “lose yourself” in? 📺

Grab your FREE tickets in the link below!
https://bit.ly/3VJ5cIr

Audacy has your chance to win a Totally Private concert for you and 9 friends by Carrie Underwood in Nashville. Listen for the code words to win

Metro Detroit’s best bars and clubs of 2022, according to our readers

Still no NYE plans? We got you 🥂

We asked, and you answered: the results are finally in for our Best of Detroit poll. Here are the best metro Detroit bars, clubs, and drink of 2022, according to you, our readers. You can see the rest of the winners in the Best of Detroit issue.

Lions hold on! Detroit is now .500 and right in the thick of the playoff hunt after beating the Jets 20-17.

Michigan bands rock for a great cause 🎸

The Verve Pipe, the Romantics, and Luis Resto are also involved

A huge thanks to Detroit Lions wide receiver Amon-Ra St. Brown for stopping by the studio!

Keep an eye out for his WeShare commercial coming soon - shot at MusicTown Detroit!

Mark your calendars. HopCat is making its return to downtown Royal Oak on Jan. 23. The popular bar and restaurant announced its reopening date on Tuesday.

Wyandotte is getting a new rock and country music venue

X Mas shopping got you stumped? 🎁

Give an early gift and bring a friend to one of this week’s hottest shows!

Tag a friend who'd try this!

Sled down a luge track at night at Muskegon Luge in Michigan. This is a one-of-a-kind winter adventure you have to put on your bucket list.

The show was originally scheduled to air on December 14th

The show was initially scheduled to air on Dec. 14 and feature the band singing hits from their holiday-themed album A Very Backstreet Christmas

Lead singer Matty Healy busting out the moves as The 1975 wow us all at Audacy Beach Fest! 🕺✨

A very special moment shared with lead singer Bert McCracken and his daughter as The Used rocked the stage at Audacy Beach Fest!

An incredible Day 1 at Audacy Beach Fest for MusicTown Detroit: On Tour!

Jimmy Eat World ripping it up at Audacy Beach Fest!

Musictown Detroit: On Tour caught all the action live from the Beach Stage!

MusicTown Detroit is back on tour in sunny Florida catching all the action at Audacy Beach Fest!

Musictown Detroit is back on the road and kicking off a busy week of shows in Florida!

More details to come on the big show, plus be listening to 99.5 WYCD for your chance to win tickets!

One Michigan city has got so much holiday spirit, they’ve even captured the attention of Hallmark!

Harbor Springs, a resort town located on the north shore of the Little Traverse Bay on Lake Michigan, is being honored by Hallmark as one of the country’s “most festive” places thanks to its scenic snowy views and beautiful holiday displays.

We’re all sick of Thanksgiving leftovers 🍗

Get fresh with this week’s lineup of concerts in the city! ⚡ Metallica is back and heading out on their M72 World Tour, TWO NIGHTS, TWO DIFFERENT SETS, NO REPEAT WEEKEND!

The Final Four is coming back to Detroit

March Madness in the D! 🏀

Detroit last hosted the Final Four in 2009, when Michigan State lost to North Carolina in the national championship in front of 72,922 fans at Ford Field.

Angiel won a free recording session at MusicTown Detroit and a pair of tickets to Carrie Underwood!

Hopefully you save room for some shows before all that turkey 🦃

The holiday season is HERE in Detroit!

Thousands of people packed Campus Martius Park Friday evening. WWJ reporter, Ryan Marshall, said Santa lit up the tree between 7:15 and 7:30 while skaters took to the rink and “Joy To The World” played.

Be the first to know and let us send you an email when MusicTown Detroit posts news and promotions. Your email address will not be used for any other purpose, and you can unsubscribe at any time.

Send a message to MusicTown Detroit: 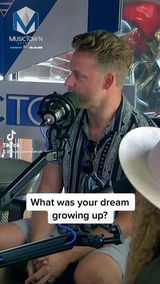 What was your dream growing up?

Jessica Kirson sits down witih Julia - B96 and chats before her big shows this weekend at Detroit House of Comedy! Use code KIRSON50 for 50% tickets for TONIGHT and TOMORROW!

Julia interviews Tacarra Williams before her weekend shows at Detroit House of Comedy! 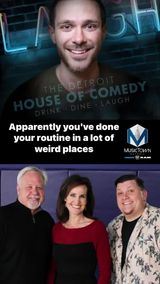 JJ and Johanne chat with Jeff Horste on WOMC Detroit to get the bare details on his act…Catch Jeff this weekend at Detroit House of Comedy! 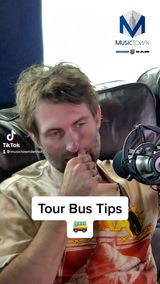 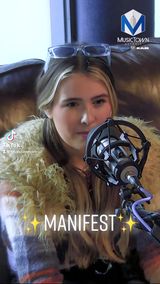 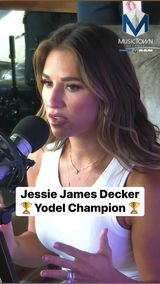 Learn the ins and outs of getting booked for concerts, private events, and multi-stage festivals! Our professional panelists Njia Kai of NKSK Events + Productions and Jaime Wilkins of Arts, Beats and Eats / AEG Presents sit down and dive deep into what makes a booking manager want to hire YOU to perform! 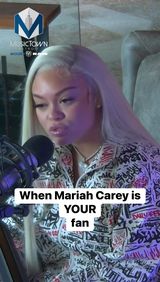 Latto shares how it felt releasing #bigenergy with MariahCarey 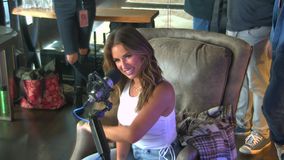 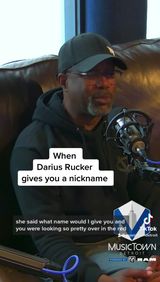 Would you keep this nickname if Darius Rucker gave it to you? 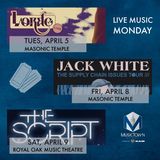 Kicking off your week with another list of must-see shows! 🎸 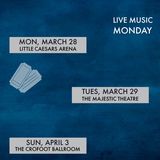 This week's shows slap harder than The Oscars 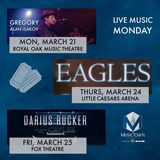 Mondays aren't so bad with a lineup like this! Plan ahead with this week's hottest concerts! 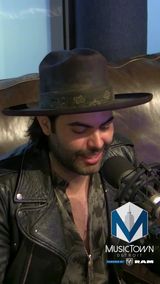 Niko Moon tells the story of his worst gig ever with Rob and Holly on 99.5 WYCD! 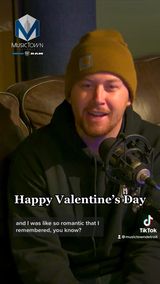 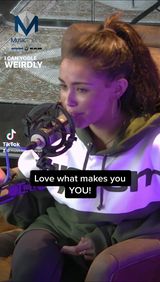 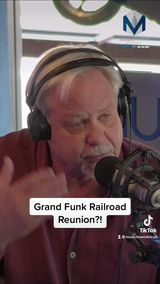 Mark Farner answers the question on all of our minds 🤞 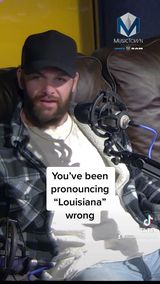 Dylan Scott Teaches Us How To Pronounce His Home State

How do YOU say it? Loo-wee-zee-ana? Lou-zee-an-uh? 🤷‍♂️ @Dylan Scott teaches us how to pronounce his home state 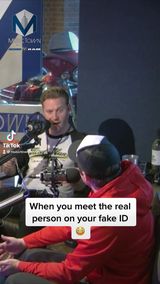 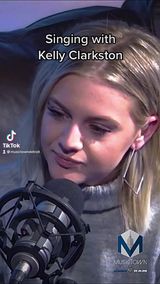 Kelsea Ballerini shares how it feels to perform with Kelly Clarkston 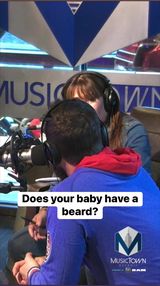 Jordan Davis - does your baby have a beard?

Watch Parker McCollum Reveal The Story Behind "To Be Loved By You" at MusicTown Detroit's Soft Re-Launch!

A dynamic space, forged for Detroit's rebirth to celebrate the community through collaboration, education, entertainment, and service - MusicTown Detroit (located on the 2nd Floor of Hockeytown Cafe at Woodward Avenue & Montcalm) opened in September of 2017. Since that time we have had hundreds of artists wander through our doors whether to perform for the first time on our stage, to record a track in our recording studio, or to sit down and talk about their latest project or musical past with a host in our broadcast studio. We’ve had songwriting masterclasses with respected Nashville artists, sold out performances from rising stars, and offered a venue for area high school music students to showcase their incredible talents.

Come on down to MusicTown Detroit inside Hockeytown Cafe any given day and you’re bound to witness a recording session in progress, an intimate performance, a radio broadcast, or an interview being conducted and streamed right in front of your eyes. Always open to new ideas and ways we can serve the community we provide Open Mic Nights with professional sound where you can perform, recite, or just be in the audience. Education opportunities abound as we develop “Careers In Music” panels, Songwriting workshops, mentoring programs, and performer showcases. Most of our programs and events are free. Information is posted to Facebook so stay tuned.

Other Broadcasting & media production in Detroit

RIP to one of the all-time greatest 🎸 - Jeff Beck
A new kind of garden will be coming soon to the Detroit Riverfront!
“A New Formula For Thrills”

📷: Cedar Fair Entertainment Co.
Looking for a new show to “lose yourself” in? 📺
**FREE CONCERT**

Grab your FREE tickets in the link below!
https://bit.ly/3VJ5cIr
Feeling lucky? 🍀
Happy New Year, Detroit! 🎆
Still no NYE plans? We got you 🥂
🍕
Merry Christmas and Happy Holidays from Musictown Detroit!🎄✨
🌃
🍸🎶
On the 18th Day of Christmas my true love gave to me…🎶🎄

📷: Getty | Ethan Miller
Michigan bands rock for a great cause 🎸
A huge thanks to Detroit Lions wide receiver Amon-Ra St. Brown for stopping by the studio!

Keep an eye out for his WeShare commercial coming soon - shot at MusicTown Detroit!
2023 is looking good already 🍟🍻
x

Other Broadcasting & media production in Detroit (show all)