So proud to work with 2016 KAID Fellows. Check out our work together:

This is "Sterling Toles" by Kresge Arts in Detroit on Vimeo, the home for high quality videos and the people who love them. 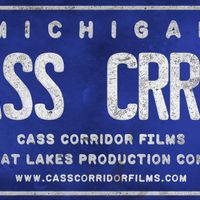 Leni Sinclair is our newest hero.

ICYMI: Be inspired by the impact & influence of #KresgeEA2016 Leni Sinclair!

Another collaboration with Allied Media Projects to define their four traits for media-based organizing.

“Media-based organizing” is the thread that weaves together all of our work at Allied Media Projects. We created this video with Cass Corridor Films to answer the question: “What is Media-based Organizing?” Check it out! http://bit.ly/20XUhN4 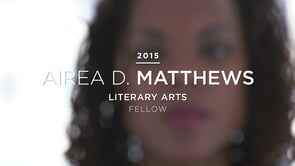 We had the honor this year of making videos about the 2015 Kresge Artist Fellows. Find the first below:

Just released! Nine short films highlighting the work of the 2015 Kresge Artist Fellows in the Literary Arts, including:

Love working with heroes in the city. #detroitfoodacademy

Our young leaders celebrate the finale of a great summer with the Showcase & Celebration 2015 at Detroit's Eastern Market! Over the 6 week Summer Leadership ...

ARTLAB J’s Moving with Detroit will curate a Dance Film Festival within the DDCF. The Film Festival will feature works by Metro-Detroit choreographers and filmmakers who are interested in working at the intersection of film and movement.

Who Are You - an excerpt from the installation commissioned by Art Neuro, installed at the Rag Factory in London.

Who Are You was commissioned by Art Neuro and installed at the Rag Factory in London, England (2014) Who Are You is an interactive digital video installation…

Heaven Of My Everyday Surroundings /// shot by Ben Friedman Official visual for my ode to my city/my hood/my block/, and really for everyone who comes from a...

Never seen it? Watch The Bicyclist with your family this holiday season. (Not suitable for children under 13). Its Free.
https://vimeo.com/23188048

Lester Cribs is losing his restaurant and his wife in the suburbs of Detroit. As his world falls apart, he embarks on a bike trip across Michigan. The Bicyclist… Our final short from Cass Corridor Films features students and staff discussing "solutionaries" and the pedagogy of The James and Grace Lee Boggs School.

We made behind the scenes for Destined the film, shot in Detroit.
http://youtu.be/-Uq3tp2RGek

1of3 vids we did for the beautiful and talented Corine, her exhibit is up at the dia, and is exceptional.
https://www.facebook.com/oren.goldenberg/posts/10152944456589390

This is "Portraits (Excerpt)" by Cass Corridor Films on Vimeo, the home for high quality videos and the people who love them.

The ritual of salvage. A requiem for Douglass.

Art Neuro in London exhibits "Who Am I"

Was dope to show Time I Change at 34ft wide. @charleswrightmuseum DLECTRICITY

BREWSTER DOUGLASS , YOU'RE MY BROTHER (Official)

"we used that as a diversion while we snuck in the back and broke open a couple of units for people to go into.
- General Baker may he rest in peace.
https://vimeo.com/40241661

The documentary about the historic housing projects Brewster Douglass.

BREWSTER DOUGLASS , YOU'RE MY BROTHER (Official)

In honor of the life of James Van Horn, BREWSTER DOUGLASS, YOU'RE MY BROTHER will be available for streaming from now till the Douglass Towers come down. He is featured in the first ten minutes. RIP JVH
https://vimeo.com/40241661

BREWSTER DOUGLASS, YOU'RE MY BROTHER will be screening again August 15th 7pm at the N'namdi Gallery as part of a larger presentation and discussion about the future of public housing and development in our great city. Mark your calendars. Stay tuned for details.

Rise of the 'maker movement'

Check out the video for Mt Elliott Makerspace in this article by Al Jazeera, especially if you are wondering what a makerspace is....http://stream.aljazeera.com/story/rise-maker-movement-0022086

What does 'do-it-yourself' culture mean for the future of development? Our School
The Bicyclist
Brewster Douglass, You're My Brother

Be the first to know and let us send you an email when Cass Corridor Films posts news and promotions. Your email address will not be used for any other purpose, and you can unsubscribe at any time.