Who’s Who In Black is a subsidiary of Real Times Media Who’s Who In Black was founded in 1989 to highlight the positive achievements of African Americans, and to provide a valuable resource and networking guide for the community.

Today the publication still highlights successes in the African-American community, but has expanded to include other minority groups and private organizations. Our unique brand of "Who's Who" publications can be found in more than 25 cities across the country. These publications feature colorful tribute stories, community profiles, and biographical data and pictures of individuals and professiona

Today the publication still highlights successes in the African-American community, but has expanded to include other minority groups and private organizations. Our unique brand of "Who's Who" publications can be found in more than 25 cities across the country. These publications feature colorful tribute stories, community profiles, and biographical data and pictures of individuals and professiona

Viola Davis made history in 2015 by becoming the first Black woman to win an Emmy for Outstanding Lead Actress in a Drama Series. She also stars in countless films that we love. What role has been your favorite?

In 2019, Carter became the first African American woman to win the Oscar for Costume Design, for her work in Marvel’s Black Panther.

Smith is the first Black woman to serve as a coach in the history of professional baseball, Boston Red Sox.

Michelle Obama served as First Lady from 2009 to 2017, also giving us a phrase that spoke to a generation, "When they go low, we go high." She is also the bestselling author of Becoming and a podcaster.

A group of seven Black-owned banks is partnering with the Major League Soccer on a $25 million grant seeking to close the racial wealth gap in the US.

The historic deal between the MLS and the National Black Bank Foundation (NBBF) marks the first time ever that a sports league has conducted a commercial financial transaction exclusively with Black financial institutions.

Peck won the 1999 NCAA Women’s Basketball Championship as head coach of the Purdue University Boilermakers, becoming the first African-American woman coach to do so.

WWIB Hollywood Podcast: Such a great inspirational conversation with the Fortune 500, NFL and NBA motivational speaker Inky Johnson. He talks about overcoming the countless amount of challenges he faced when his NFL dreams were crushed after a life threatening, career ending injury which paralyzed his right arm and hand. He explains how his faith literally put him next to Oprah so he could see what was possible. He spoke on the process that took him from living in a two bedroom home with 14 people to becoming one of the most sought after speakers in the world. https://omny.fm/shows/who-s-who-in-black-hollywood/motivational-speaker-inky-johnson-on-fortune-500-g

Johnson is the cofounder of Black Entertainment Television (BET), earning her spot as the first Black female billionaire on a Forbes list in 2000.

In 2002, Halle Berry became the first—and still only—Black woman to be named Best Actress at the Oscars, for her leading role in Monster’s Ball.

Cayette is the first Black woman to serve as executive vice president and chief commercial officer for an NBA team.

Shonda Rhimes is the first Black woman to create and produce a top 10 network series with "Grey's Anatomy". She recently signed a multiyear $150 million deal with Netflix, making her production company, Shondaland a force to be reckoned with.

This episode we sit with Hollywood publicist turned investor Arian Simone. During this conversation, the Detroit native talks about how her entrepreneurial journey at Florida A&M University took her from retail to placing Nelly's Apple Bottom jeans products on Tyra Banks and Oprah to homelessness. Her fearless hustle enabled her to bounce back securing major success as a A-List publicist with clients that included Lil Wayne, Chris Brown, and up and coming Hollywood producer Will Packer (Stomp the Yard, Ride Along).

Arian is also a co-founder of the Fearless Fund, which invests in women of color led businesses seeking pre-seed, seed level or series A financing.

In 1986, Winfrey became the first Black female host of a nationally syndicated daily talk show with the premiere of The Oprah Winfrey Show. She was named the first recipient of the Academy of Television Arts & Sciences' Bob Hope Humanitarian Award in 2002.

Happy Women's History Month! Throughout this month we are honored to highlight trailblazing Black women. We are kicking off with Dallas Mavericks CEO Cynthia Marshall, a powerhouse in leadership and service. She is known for her take-charge approach amid her striking charm and infectious personality. As CEO, Marshall is charged with handling all aspects of the business operations of the Mavs organization.

The "Queen of Funk Soul," is known for singing the theme song to the public television's popular educational program Reading Rainbow.

Ailey founded the Alvin Ailey American Dance Theater in 1958. He also created the affiliated Ailey School, which served as a haven for up-and-coming Black artists.

Johnson, nicknamed "the Galveston Giant," was the first African American world heavyweight boxing champion. He also patented a wrench in 1922.

Taylor was the first African-American to win an Olympic gold medal.

In addition to working on Prada's Board, Culpepper is also the founder of Have Her Back, a woman-led cultural consulting firm that is involved in promoting equity for all.

Thomas patented the illusion transmitter in 1980. She also developed real-time computer data systems to support satellite control centers and oversaw the creation of the NASA Landsat program that spearheaded some of the first image transmissions from space.

Our unique brand of available Who's Who publications include:

DRIVEN-a celebration of multicultural achievement in the automotive industry


Coming Soon to these Locations:

Be the first to know and let us send you an email when Who's Who In Black posts news and promotions. Your email address will not be used for any other purpose, and you can unsubscribe at any time.

Send a message to Who's Who In Black: 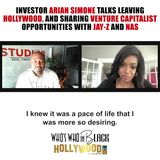 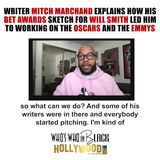 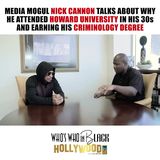 Who's Who In Black Hollywood: Nick Cannon 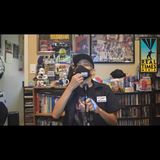 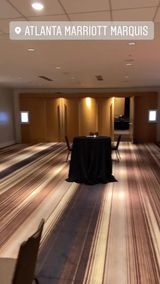 ICYMI The Financial Transformation You've Been Waiting For!

The Story of "The Budgetnista" 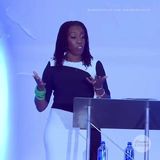 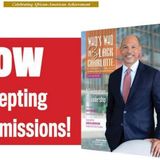 Who's Who In Black Charlotte Game Changers

Who's Who In Black Charlotte Unveiling Reception Highlights

Who's Who In Black Charlotte Living Legends

Who's Who In Black Charlotte Youth Career Symposium

Other Publishers in Detroit

NBMBAA® is honored to have such an accomplished board of directors! Recently, our board member Charmaine Ward-Millner was awarded the Living Legend Award, and was also featured on the cover of Who's Who In Black Atlanta along with Dr. George French, President of Clark Atlanta University and Danita Knight, Vice President of Marketing for Agnes Scott College. Congratulations, Charmaine - you are a true icon! 🏆 #NBMBAA #WhosWho #ATLicon
Lambda Pi Omega Chapter is Who’s Who in Black Detroit! Chapter members were in attendance at last night’s book unveiling reception for the ninth edition of The Who’s Who in Black Detroit book. This year’s theme was highlighting Detroit Presidents and CEOs and the event was hosted by Detroit native, TV Host and author Ed Gordon. Lambda Pi Omega Chapter member and owner of Kaydense Galleria, Danielle Penson, was featured in the book! Thank you to Who's Who In Black and the Michigan Chronicle for a great event! #wwibdetroit9 #detroit #akalpo #whoswhodetroit
Carla Walker-Miller is featured in the ninth edition of Who’s Who in Black Detroit! Thank you to Who's Who In Black and the Michigan Chronicle for featuring our CEO as a Top CEO in Detroit in this year’s publication. #WMES #WWIBDETROIT9 #carlawalkermiller #TopCEO #detroit
I wanna take this moment to give Thanks to the city of Columbus, Who's Who In Black Columbus, Greater Columbus Convention Center, and Ohiostate university for being featured in the 16th addition of Who’s Who in Black Columbus. It is a prestigious Honor and it makes me wanna work that much harder to offer my services to the city of Columbus.Thank you again! Make sure you get a copy of this Great publication!