rapper/musician Hailing from Detroit, USA, CST (Christ Saved Terry) is a charismatic, spontaneous and direct hip-hop / Gospel artist who set out to create music with an honest and eclectic approach.

His fondness for hip-hop goes a long way back: his heart and soul was blessed with a talent and affinity for music since he was a kid. The hip-hop scene has always been victim of the vain and shallow pursuit of super-stardom. As a consequence, much of what makes music really important is lost: the message. The cause. CST doesn’t aim to be another plastic entertainment: His music is a pledge to the

His fondness for hip-hop goes a long way back: his heart and soul was blessed with a talent and affinity for music since he was a kid. The hip-hop scene has always been victim of the vain and shallow pursuit of super-stardom. As a consequence, much of what makes music really important is lost: the message. The cause. CST doesn’t aim to be another plastic entertainment: His music is a pledge to the

STOP hating on Cordae... The boy can actually Rap.

Do you buy yourself something for Christmas?

Some thoughts on my mind.

Pulled up at #undefeated show heads know what's up...

...believe what I say when I tell you...don't make me take you somewhere where nobody can smell you.... lol

My and my dad took this photo years ago and out of all our photos this was my favorite. It looked like an album cover so I went there with it. R.i.p. Dad

One of the worst days of my life...headed to my dad's funeral. RiP dad...

So funk master flex is saying Drake is better than Hov. I see no lies detected.

My girl is coming out with a single. I will upload it soon.

We can use our challenges to overcome.

Back on my wally game!!!

Was in the studio working for the first time in several years. So excited to be back to working on new music for my couple dozen fans....

The desire to know people different than you, makes a difference in you.

Just spoke with my man that knows how King Vons people. #restinpeacekingvon❤️

Throwback... 22 years ago in Detroit, Michigan

Took my 6year old to the bank to make her first deposit. #blackmoneymatters #wealthbuilding The best hip hop collective ever!

This about sums it up...

Throwback photo of the family. 2016

Tell me where I'm wrong?

The best Rap ever written...

I am the stone that builder refused
I am the visual
The inspiration
That made lady sing the blues
I'm the spark that makes your idea bright
The same spark
That lights the dark
So that you can know your left from your right
I am the ballot in your box
The bullet in your gun
The inner glow that lets you know
To call your brother son
The story that just begun
The promise of what's to come
And I'm 'a remain a soldier till the war is won...

Repost from a friend:
Edited slightly.... captures the spirit of what needs to be said.

Ok white friends, and FAMILY! I’m about to lay some hardcore truth on you right now, and many of you are not going to like it. Some of you are going to get immediately defensive. But before you comment from an emotional place, I encourage you to stop, re-read this post, do a little bit of research about casual racism and white privilege and then come back and re-read the post again. After that, if you still want to comment, please feel free.
Ok, here we go....

1. “It’s awful but...” - No. No buts. In the English language, the word “But” is often used to deflect or to justify behavior. Police murdering black people in the street is awful. Period. End of discussion.

3. “All lives/White lives matter too..” - no one said they didn’t. The conversation is specifically about black lives right now because police are murdering them in the street. Until police stop doing that, and White people stop dismissing it, it’s not “All lives matter,” it’s “MOST lives matter.” It’s not “ALL Lives” until Black Lives Matter too. Stay focused.

4. “There are good cops...” - No one said there weren’t. There are three categories of cops; Good cops, bad cops and complacent cops. Good cops are marching with the protesters. They’re sharing the hashtag #BlackLivesMatter. They’re trying to change the system from within the system. There are many levels of Bad cops. The most obvious one is those officers that are murdering black people in the street. Bad cops are also sharing the hashtags “blue lives matter.” Bad cops are trying to shift the focus. Bad cops don’t stop their colleagues when they murder black people in the streets. Complacent cops just show up, follow orders and try not to take sides. Complacent cops are bad cops.

5. “I don’t support the looting and destruction...” - no one says you have to, but please stop acting like looting nullifies the entire protest. And definitely stop acting like looting is “just as bad.” That’s like comparing someone stealing your car to someone murdering your child. They’re not equally bad. Stop pretending they are. Police murdering black people in the street is definitely worse than robbing a Target.

7. “I really wish they would protest peacefully...” - of course you do. They’re easier to ignore that way. People of color have been peacefully protesting for hundreds of years. It hasn’t been all that successful. The reason riots and violent demonstrations work is because it makes people — especially white people — uncomfortable. We can’t ignore them when they’re waving torches in our faces. It scares us. It puts us on edge, which is precisely where we need to be. People only pay attention to the extreme. If you have trouble recalling a single one of the hundreds of peaceful protests that BLM held across North America last year, but you can still recall, with crystal clarity, the 1992 Los Angeles riots, then you’ve just proved my point.

10. “Black people kill white people too...” yes, murderers exist in every race and walk of life. But that’s not what we’re talking about. We’re talking police brutality, and the reality is, black officers are not murdering unarmed white men in the street. That seems to be almost exclusively white officer behavior. Stop gaslighting.

12. “I support black people, but I can’t support the violence...” — In other words, you would prefer people of color continue to be murdered by police, rather than have them rise up violently against their oppressors. Got it. That’s not support.

13. “It’s not about race. We are all human beings...” yes, except people of color often aren’t treated like human beings. For instance, they’re being murdered in the streets like animals. On video. While people watch. While people do nothing.

14. “The looting and arson distract from their message. It’s their fault for not controlling it...” If you’d like to lay blame, how about we start by blaming the police who frequently murder unarmed people of color. If they didn’t frequently murder unarmed people of color, the protest wouldn’t be necessary. The protest wouldn’t have turned into a riot, the riot wouldn’t have turned violent, and looting wouldn’t have happened. Blaming the oppressed for not better “controlling” their social unrest is crazy...

16. “Black people commit more crime...” - Do they really, though? According to data released in 2017, there were 475,900 black prisoners in state and federal prisons and 436,500 white prisoners. That’s a difference of about 9%. So for argument's sake, let’s say those numbers are an accurate reflection of the amount of crime committed. If people of color commit only 9% more crime, why are they killed by police at a rate of 220% higher?

17. “Well, the same stats you mentioned shows that even though they’re only 12% of the population, they commit 54% of the crime.” - Good Catch! You’re right. But those numbers don’t actually reflect the amount of crime committed. That’s why I said to assume they’re correct. Those numbers only reveal how many people are incarcerated. The reality is, while those numbers are all we have to go on, they don’t tell the complete story either. In the United States specifically, socioeconomic racism, which was designed to keep POC in poverty through district redlining, lower quality of education and other systemic obstacles, is a huge component.Thanks to redlining (look it up) and other zoning and banking practices, the quality of education in “black” neighborhoods are significantly lower, which means the average income for POC in those neighbors is lower and the unemployment much higher. Also, thanks to redlining, the unemployment rate, and lower-income rates, crime in those neighborhoods tends to be higher. That means those neighborhoods are patrolled by police more often. Thanks to racial bias, POC are followed, stopped, harassed and arrested more frequently than the white people who live in those same neighborhoods. What all of this means is that, when POC are arrested more frequently, they often can’t afford fancy lawyers to help them. They usually end up with Public Defenders, who are often overworked, and they often encourage POC to plead guilty in exchange for less time. Then there’s the fact that, because white people make up 73% of the population, they also tend to make up a bigger percentage of jurors. There’s lots of factors to consider. So don’t assume that just because they make up 54% of the people in jail, that they make up 54% of the crime. The entire system is broken. That’s part of the problem.

18. “You’re promoting violence and destruction, shame on you...”. - I don’t remember encouraging anyone to riot. I also don’t remember encouraging anyone to loot or commit arson. The truth is, looting and arson is certainly not my preferred form of protest. But it’s important to remember that protesters haven’t committed most of the violent behavior. Civil unrest tends to cause chaos and confusion. That chaos provides the perfect opportunity for poor-intentioned people to do poor-intentioned things. That doesn’t mean the civil unrest should stop. I don’t condone the violence. I just don’t think it should dominate the conversation. If you want to focus on the violence, try focusing on those officers who’ve killed POC in the street. You’re focusing on the wrong violence.

If any of you are guilty of saying any of the above, then I have unsettling news for you. YOU are the reason it’s come to this.
YOU are the reason peaceful protests haven’t worked.
They haven’t worked because YOU haven’t been listening.
YOU haven’t been learning.
These violent riots are happening because YOU have left people of color no other choice.
These riots are happening because no matter how people of color have said it - taking a knee, marching the streets, bumper stickers, banners, signs, or chants, YOU still don’t get it.
That doesn’t mean you’re a bad person.
That doesn’t mean you’re racist. It only means you’re white. And that’s not a crime, any more than being black is.
The difference is, police aren’t going to shoot you in the street for it.

Copied and pasted. Feel free to do the same.
...and just for fun add a 🖤 so I know you read to the end 😉

I couldn’t have said it better myself. 🖤

Was able to kick it with my flamestone family. #antidote #bigcity #progress

Number 2 freestyle of 2020. Sharing what ive learned from the #bemapodcast i will upload the rest with lyrics if enough people think I should.

*Up where beauties bloom,
And pleasures all divine;
Where wealth, that never can consume,
And endless glories shine.
I spit the biblical text, redefining nature
Living sinfully is no longer in our normenclature...

First freestyle of 2020 beat by jbrav

Be the first to know and let us send you an email when CST/Da Bronze Bomber posts news and promotions. Your email address will not be used for any other purpose, and you can unsubscribe at any time. 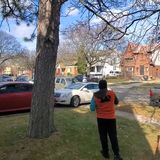 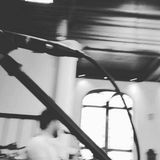 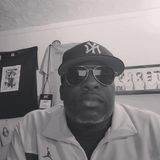 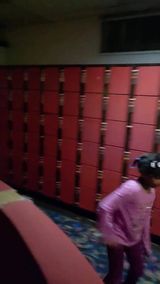 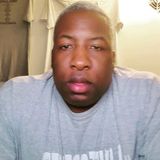 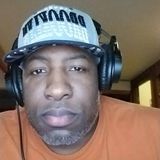 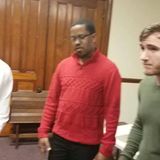 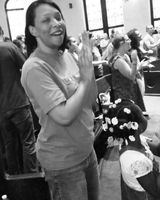 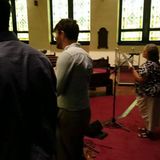 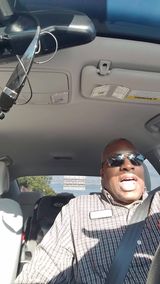 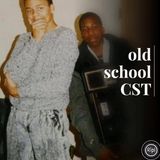 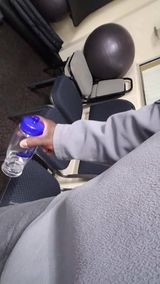 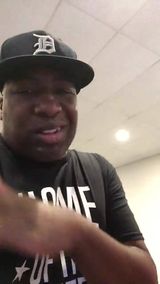 Christ State of Mind- By CST-Produced By Boonie Mayfield

Other Media in Detroit