Garden Party: Art in the Greenbelt event to blossom

Jen Reece and her students performed on the steps of the courthouse Memorial Day in Eldora. Check out our photo gallery as well as the video below>>> ELDORA – A 1987 Eldora-New Providence High School graduate is returning to the musical stageJen Reece, Director of Choral Activities at Dunlap High School in Dunlap, Ill., thought her students should perform a vocal concert in Eldora, since she is originally from the area, namely New Providence.
Read the full story here -->https://bit.ly/3t1U6CJ

Designs For Living & You opens in Hubbard

HUBBARD – Although Diana Raska-Goecke doesn’t live in Hubbard, she recently opened her business Designs for Living & You, LLC there because it’s in between where she lives and where she works. Read the full story here-->https://bit.ly/39VXQ1V

Eldora-New Providence Elementary students participated in a field day at the high school this morning and we caught some of the fun! Check out our photo gallery below>>>>>

RADCLIFFE – It will be bittersweet, but on June 1, Tyler Hoelscher will embark on a new career. He will leave his post as Music Instructor at South Hardin Middle School and Hubbard-Radcliffe Elementary and become the new Administrator at Timothy Christian School near Wellsburg, replacing current administrator Rebecca Johnson. Read the full story here -->https://bit.ly/3yQ4uS5

The South Hardin High School class of 2022 graduation ceremonies were held Sunday in Eldora. Congratulations to all!

Please view our photo gallery of the event below>>>>>

ELDORA – What started as a petition from a caring brother, turned into a full-blown conversation about how homeschooling credits may not be enough for a student to walk across the stage during their high school commencement ceremony. Read the full story here -->https://bit.ly/38rXS1l

ELDORA – There’s a new face in town – Greg Kauffman has been hired as Postmaster of the Eldora Post Office, a position vacated by Kevin Schwab on Oct. 1, 2021. Ken Grimm had been filling in on an interim basis since then. Read the full story here-->https://bit.ly/3laL9mc

ELDORA - That soon-to-be-inaugurated Eldora housing complex for migrant seed corn workers may seem like a novel undertaking, but it’s actually just one more chapter in a 30-year collaboration between Re*****on Seeds, a Wellsburg labor contractor-couple, and farm laborers from Mexico.
Read the full story here-->https://bit.ly/3witNsL

ELDORA - This promises to be the summer The River’s Edge recreation trail makes its presence known. Long in the making, it is taking shape on an abandoned rail bed that once linked Marshalltown and Steamboat Rock. Mowing and clearing started last fall and was a hint of what was to come.
Read the full story here-->https://bit.ly/3MP2f52

Check out our graduation section "Introducing the Classes of 2022" inserted in with today's Herald-Ledger! South Hardin, BCLUW and AGWSR students are featured. Pick up yours today!

ELDORA – Eagle Motorsports owner Troy McDonald has been known to rub elbows with some famous people in the race car industry, and last week was no exception.
Chris “Block” Gordon of Street Outlaws fame, and his significant other Amanda Grasty, were in town visiting McDonald, and working on the engine of “Bruno,” Gordon’s 1996 Beretta.
Read the full story here -->https://bit.ly/38Is4ot

South Hardin High School students went to work today spreading mulch at Memorial Park. This was a continuation from the Earth Day cleanup that happened last weekend. Check out the photo gallery below>>>>>> UNION – Guthrie County Attorney Brenna Bird has thrown her hat in the ring in the hopes of defeating Democrat Tom Miller for the position of Iowa Attorney General. Miller has held the post since 1978, minus a stint between 1991 and 1994 when he was in private practice.
Read the full story here-->https://bit.ly/3KnNJzN

ELDORA – Former Eldora resident Jay Nance has tipped a glass to his new venture. He is part of a trio making Bajarriba tequila in sunny Arizona. Read the full story here -->https://bit.ly/37P2nCF

UNION – While the war in Ukraine rages on, The Outreach Program in Union is stepping up and doing something to help – they are sending meals to the Ukrainians.
Read the full story here -->https://bit.ly/3rOIhzn

A clean up at Eldora's Memorial Park brought out lots of helpers on Saturday, April 23. Volunteers were readying the site for the new 18-hole disc golf course planned at the park. Check out our photo gallery below>>>>>

This was released today from Dr. Adam Zellmer...

The Friends of Eldora Parks & Recreation group, along with several volunteers, dodged raindrops to clean up local parks, including the Eldora Community Garden, as part of the Earth Day celebration today. The cleanup continues Saturday at Memorial Park. Please click on the link below for more photos>>>>
https://www.eldoranewspapers.com/content/earth-day-cleanup

ELDORA - For the second time in a couple of months, big national economic phenomena have put the breaks on an Eldora public improvement.
Read the rest of the story here-->https://bit.ly/3L1bcaR

ELDORA - There will be a high course and a low course when they open the disc (Frisbee) golf links out at Memorial Park in Eldora. The course will be familiar scenery on the high ground, but below the bluff and down a rustic staircase to the river’s edge, everything gets more and more unexplored.https://bit.ly/3KZ0QbB

Iowa Sen. Joni Ernst spoke to a small crowd at Eldora City Hall Monday evening. Here are some of her thoughts on the proposed CO2 pipelines and eminent domain.

Be the first to know and let us send you an email when Eldora Herald-Ledger posts news and promotions. Your email address will not be used for any other purpose, and you can unsubscribe at any time.

Send a message to Eldora Herald-Ledger: 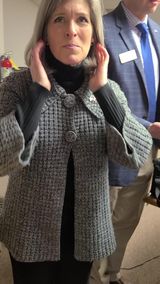 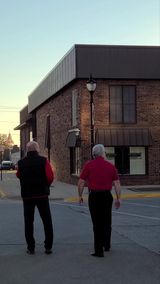 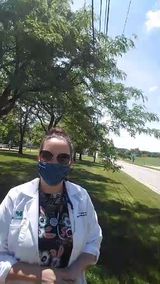 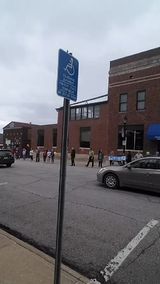 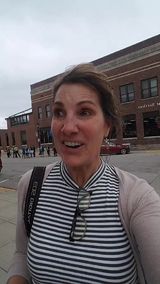 Mike Anderson - The Original Dulcimerguy playing the jaw harp at Eldora Public Library right now! If you missed him, he will be playing in Grundy later today!