Things to do in Erie on a Friday night: go somewhere else.

Congratulations to all area 2022 graduates!! 🎓🎉

For all you mf'ers bitchin about the gas prices....why don't you get a bigger truck or SUV.😂My car be getting 42mpg.😂

Eight Reasons Not to Move to Erie, Pennsylvania

Eight Reasons Not to Move to Erie, Pennsylvania

And this isn’t even the complete list, just the ones I wanted to highlight here

I fixed the food hall

I'm hearing Lucky Mart is gonna take over one of the empty slots in the Food Hall.

EPD to Dobbins Landing: Woman in clown suit handing out balloon dicks to hotel guests and demanding a tip.

Who’s going to NY to get gas?

Freeport, an iconic restaurant near Lake Erie owned by the Holdsworth family, became widely known during its 45 years in business for house-made sausages, homestyle food and family friendly atmosphere "This is an outstanding restaurant and we are thrilled to keep the Holdsworth family legacy not only intact, but propel it into the future," said Billy Lewis, owner
of Red Letter Hospitality, who began frequenting Freeport in the 1970s with his grandparents.

"This is so special for me," Lewis added. "I've been a loyal customer since I was a kid, my children grew up on Freeport breakfasts and sausage dinners and my parents have had a
standing Saturday morning breakfast date with friends there for decades.

Our entire family is excited about this opportunity."
Freeport owners Jerry and Judy Holdsworth, who made the decision to retire and close the restaurant in an announcement on Facebook Jan. 6 said they are delighted with the Lewis
family taking over the business. "We've known them for many years," said the Holdsworth’s. "Freeport will be well cared for. They have a great track record with their other restaurants."
Lewis said he appreciates how excited people are for the re-opening of Freeport, but he said no timeline has been set. Stay tuned on Facebook for updates as the restaurant prepares for its
next chapter.

My guess the food hall is poorly managed 🤡

2 vendors leaving the Flagship city food hall already.....that's a good sign. Especially considering one of them(Lucky Louie's)was pretty much the best one in the joint.

Tried to go to Sunset Drive-in tonight but ended up getting a refund and leaving. This is the second time I've done this due to the people taking double or even triple spots with chairs, kids running around all over the place. Pretty sure you wouldn't let them run around a Walmart parking lot, but you'll let them at the drive-in like isn't the same thing.
Needless to say, there won't be a third time. Because I won't waste my time or gas again going to that janky place. Considering they charging $9 a head you'd think they could have someone policing the lot a lil better or at all. While I'm at it....the concession stand sucks compared to 10 years ago and the bathrooms smell like a port-o-john.

After 8 years of creating content and help this page grow twice it's almost time to take a step back. It's been fun not making any money, getting threatened, but still doing this solely for your entertainment purposes.
Y'all been telling me to move for years since I obviously don't like it. When in reality I love this city but it's done us all dirty for the last two decades, getting time to move on. Not to fret tho, the page will be in capable hands and I'll send content it's way from time to time and go from a fulltime admin to fulltime commentor under my real name. Also a commentor that can say what he wants without fear of deletion!!✌🤘

Photos from Fed up with crap in Erie Pa's post

😪 Any donation can help this family that lost their boy in lake Erie this weekend. 😪

Does anyone know what “MAC” stood for?

They are forcing students and staff into masks over these numbers!!

This is really sad 😞

While we wish we had better news, we will unfortunately continue to be closed for at least the next 3 weeks.

Thank you for hanging with us and we hope to see you all soon!

Our next update will be when we plan to reopen so please be on the look out for that post in the coming weeks.

Be the first to know and let us send you an email when Fed up with crap in Erie Pa posts news and promotions. Your email address will not be used for any other purpose, and you can unsubscribe at any time. 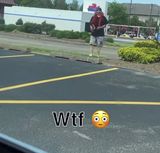 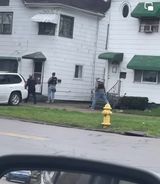 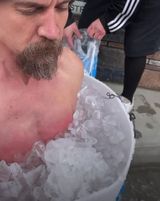 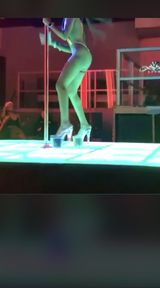 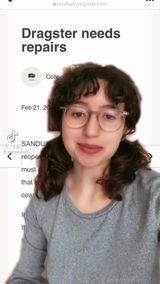 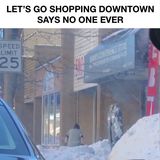 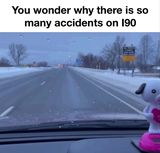 We have a political probem in our country

Other Media/News Companies in Erie

https://youtu.be/wzLLB7KADhY
Building Back Better
Boat for sale, needs new bilge pump 😁
Watch out for him and this food truck that sits on 25 parade st he will hit on girls and show up at there jobs!!!!asking these young girls and young mothers out so guys watch your girls around him !!!! Do share
This food truck sits on 24/25 pararde st he likes to take advantage of young mother or older girls so I wonder how many girls he has hitted on when they order there food or he shows up at there job to talk with them because he found u on fb  or u told him about your job 👀👀👀 plz watch for him
They close too early for me...
This is the s**t in erie I'm fed up with 😂😤